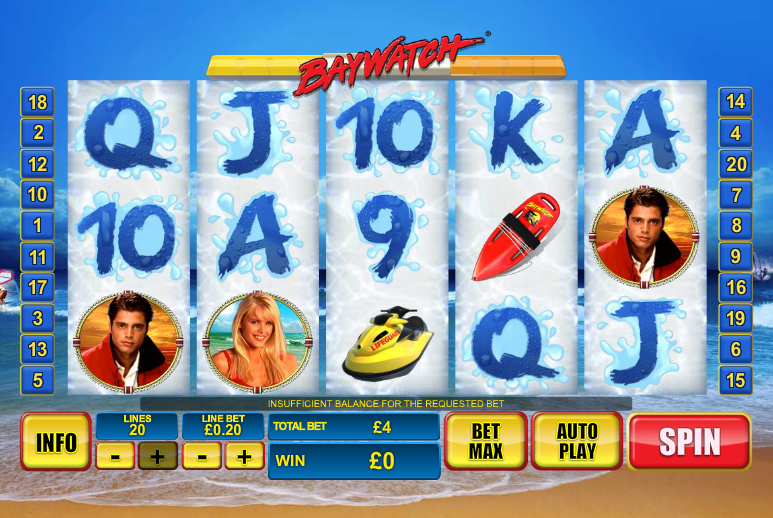 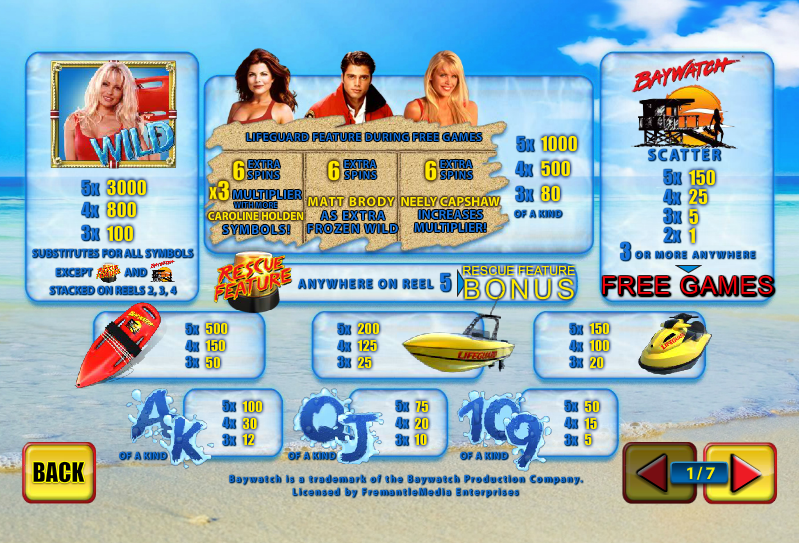 Let’s take a trip back to the 1990s and the classic television show Baywatch.  There was very little not to like about this tale of Californian lifeguards – the scantily-clad girls and boys who watched over the LA beaches, the sunshine and the gripping story lines.  Well perhaps the story lines weren’t that special but the show ran for twelve years so this was clearly a popular show.  Fortunately Playtech has taken the wise decision to convert that show into an online slot with a range of bonus features.

The first thing you’ll notices that the Baywatch slot does not feature the most famous member of the cast – David Hasselhoff – but it does have five reels and twenty paylines.  Those with good memories will remember the three characters featured here – Caroline Holden, Matt Brody, and Neely Capshaw – and they, along with a speedboat, a jet ski and a rescue board make up the high value symbols.

Landing the yellow flashing light anywhere on reel five will reward you with the following choices:

Twelve free spins will be yours if you can land three of the Baywatch logo scatter symbols anywhere on the reels;  this is a fairly basic prize with no multipliers but it is the gateway to three other features if you can land one of the three main characters stacked on the centre reel.

The bonus feature is triggered by the scatter symbols so if you want to play with small stakes you can reduce the paylines as much as you like.  You will win proportionately less during those features though.

This is a well-designed slot with loads of bonus features to keep you entertained and it remains constantly popular at Playtech casinos.  The music can be a little grating but you can easily mute that if necessary.