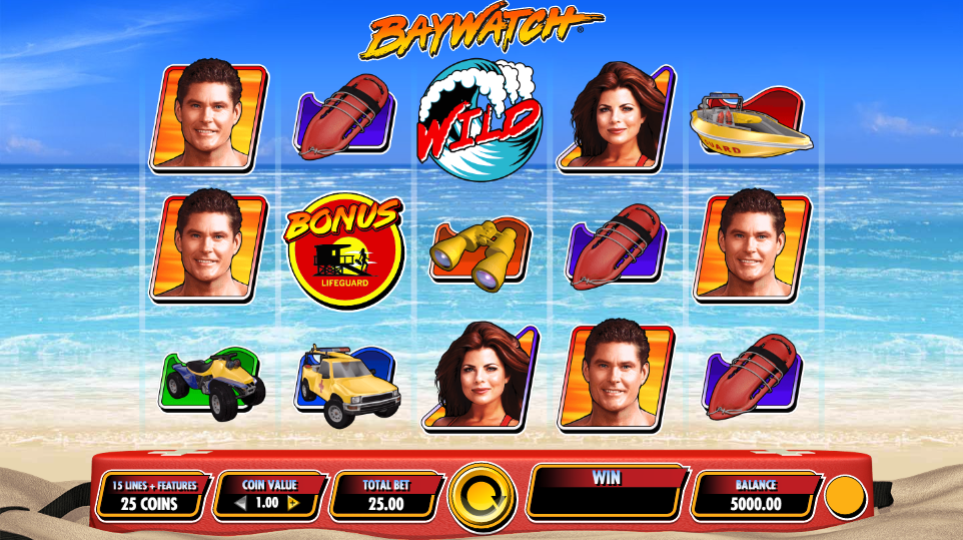 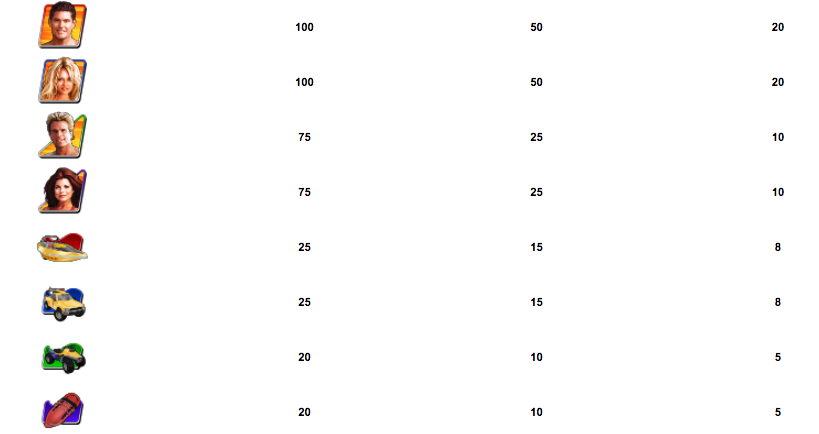 If you were ever a fan of the iconic late 80s/early 90s television show Baywatch then you may already have played Playtech’s online slot machine dedicated to these heroic lifeguards; the good news here is that IGT also have a Baywatch game and you can find out all about it below.

Baywatch is a five reel slot with three rows and fifteen fixed paylines; it’s certainly a basic-looking game but the waves gently lapping on the shore in the background provide a nice touch.

The higher value symbols are mostly characters from the show (CJ, Caroline, Matt and Mitch if we remember correctly) plus a speedboat, a quad bike, a pickup, a float and a pair of binoculars.

A crashing wave is wild and it will replace all others to form matching combos except for the game’s logo bonus symbol.

On any spin the wild symbol may expand to fill all positions on it’s reel – it may also expand horizontally to one or two reels to help out even more.

This is triggered by landing three of the game’s logo bonus symbols anywhere on reels two, three and four; the first thing to do is select one male and one female character and this will determine the number of spins awarded and which character is stacked two positions high. The two characters not chosen will not appear on the reels during the spins.

On any spin, pairs of male and female lifeguards can merge into a single symbol which will payout higher amounts if part of a winning combo – this is always active in the free spins.

Baywatch is a playable enough slot although it looks a little dated compared to what else is on offer currently; the various features are interesting but you may not want to stick around on this particular beach for too long. It comes with an RTP ranging from 92.54% – 96.25%.