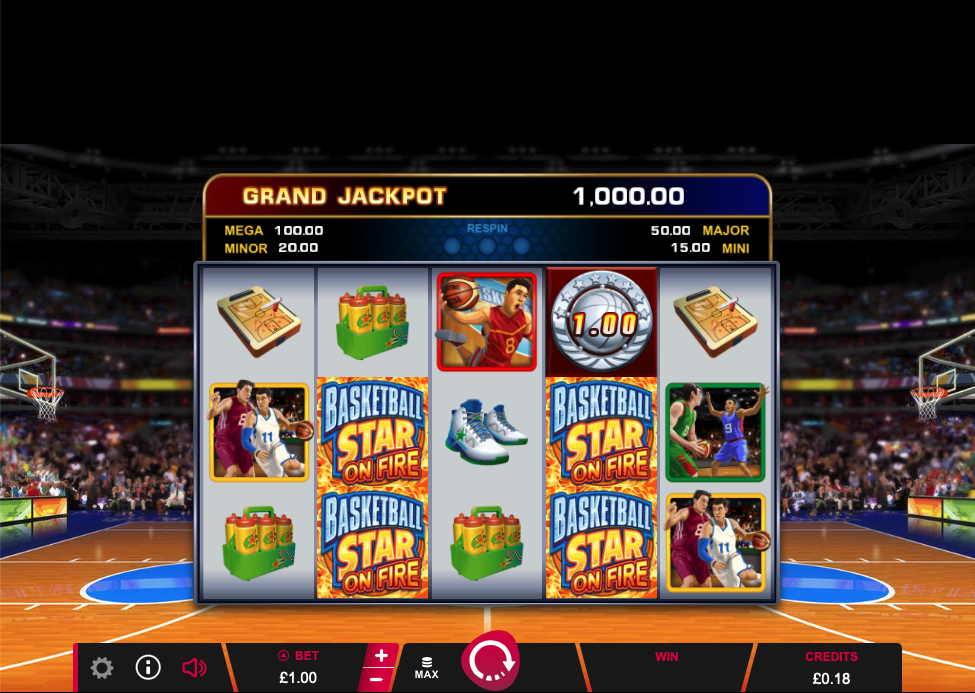 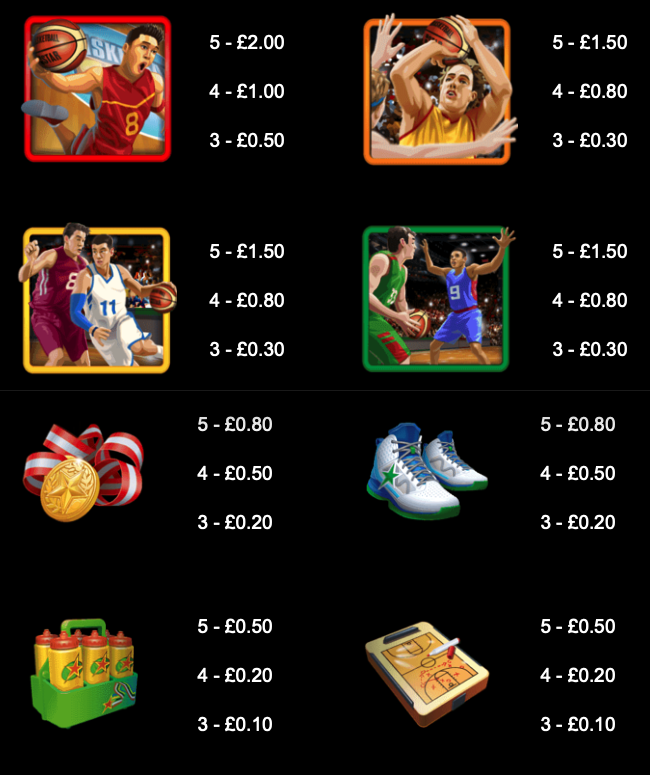 Online slots themed on basketball are few and far between so it’s good news that Microgaming have released a sequel to the popular Basketball Star from a few years ago; it’s called Basketball Star On Fire and it adds Microgaming’s Hyperhold feature and jackpot prizes to the free spins of the original.

Basketball Star On Fire is a five reel slot with three rows and twenty five fixed paylines; those reels float against a backdrop in which a huge arena surrounds the shining basketball court.

All the symbols are related to the theme and include four action shots of basketball players, a gold medal, a pair of trainers, some water bottles, the coaches tiny, tactical court and the referee’s whistle; the games’s logo is wild and the special symbols are the gold/silver coins and the basketball.

Trigger this bonus game by landing at least six of the coins (and their accompanying cash prize) anywhere in view. You’ll now receive three respins with those coins locked in place and any further coins will also lock and reset the spins to three again.

When the spins have been used up or all positions are full of coins the round is over and the total on those coins is yours; coins can also land displaying one of the jackpots (Mini, Minor, Major or Mega). Filling all positions on the reels will win you the Grand jackpot of 1000x the stake.

Landing three, four of five of the scattered basketballs anywhere in view will award an initial 10, 15 or 25 free spins but these can be retriggered once the round is underway. An extra wild coin appears in this round to help out with some extra wins.

Basketball Star On Fire adds the Hyperhold feature but removes the Rolling Reels and Wild Shot features of the original; that being the case we’re not sure whether this is an improvement or not but it’s certainly worth a few spins. The RTP of 94.67% is a bit below average.

The Return To Player percentage for Eastern Gold Deluxe is 94.67%.

How To Win On Basketball Star On Fire?

Land at least three matching symbols or wilds on an active payline starting from the left hand side; trigger the free spins or Hyperhold feature.

Where can I play Basketball Star On Fire then?