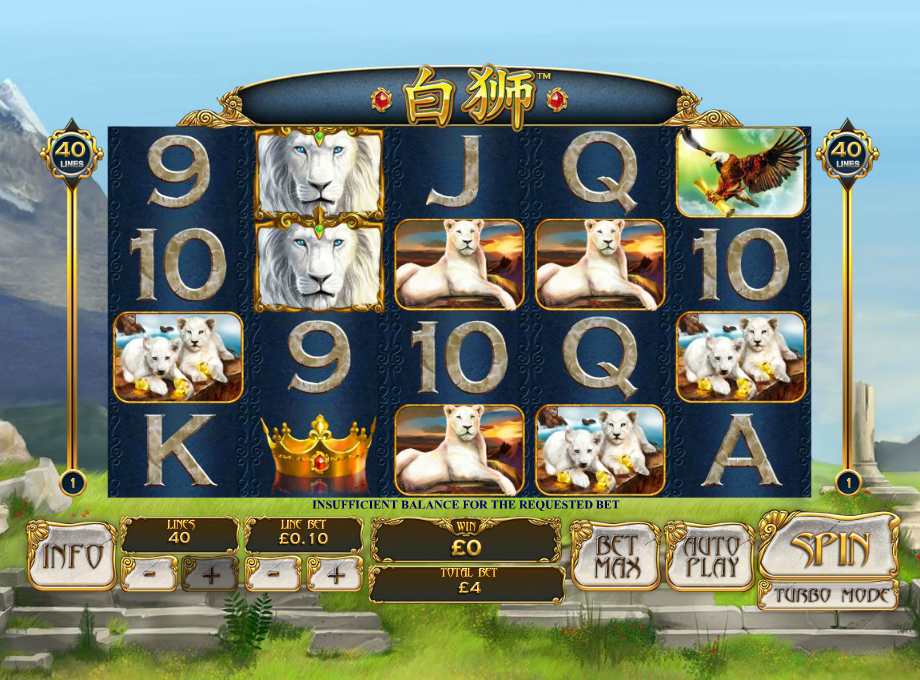 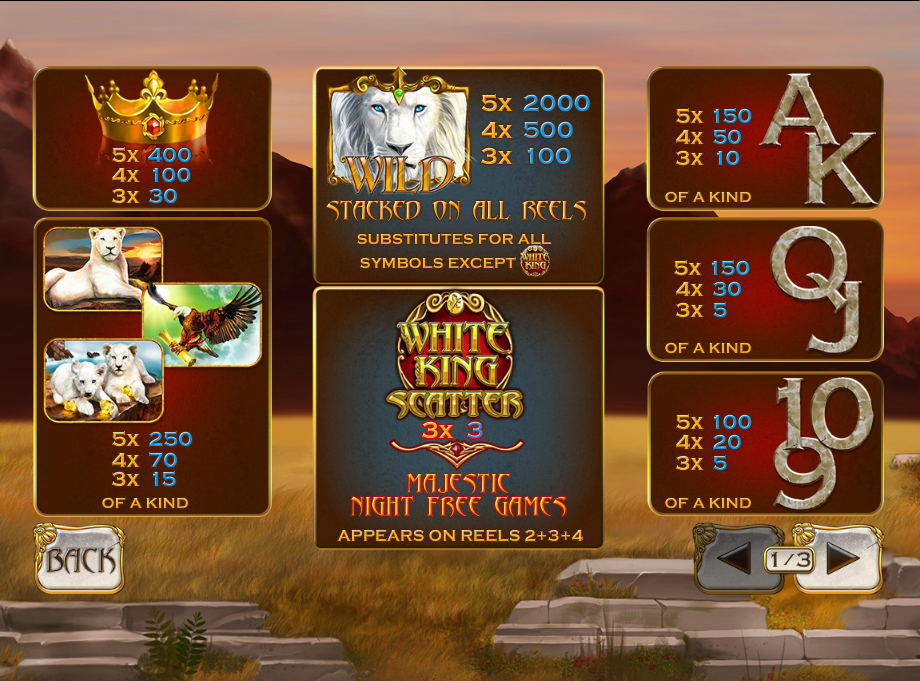 As the A-Team’s Hannibal Smith once said – “we love it when themes come together“; admittedly the actual quote might have been a little different but the feeling is the same and here we have an online slot which mixes two popular genres – animals and the mysterious Orient. It’s called Bai Shi, it’s developed by Playtech and very nice it looks too – you can read all about it in our review below.

Bai Shi is a five reel slot with four rows and up to forty paylines; the setting for this game is a mountainous landscape dotted with ancient ruins which don’t seem particularly oriental but there’s a gentle soundtrack which suggests otherwise.

The high value symbols are the wild animals which live in this area and they include the female of the lion pack, two lion cubs, an eagle clutching a scroll and a gold crown. The lower values are represented by the usual 9, 10, J, Q, K and A.

The main lion (the White King) is the wild symbol and he will substitute for all others except the scatter – that’s represented by the White King logo and it’s the key to activating the main feature.

This is the only bonus feature and it’s triggered by landing three of the White King scatter symbols anywhere on reels two, three and four. You will earn just five free spins initially but more can be earned (an infinite number in fact) by landing three more scatters on those three centre reels.

The wild symbol can appear stacked during this round and it also appears more frequently to help you out with those winning combos.

Bai Shi certainly looks nice enough but it doesn’t seem to excite us to any particular degree; this is the sort of game which is more of a relaxing experience than anything else and perhaps that’s what you’re looking for. The RTP is 95.99%.