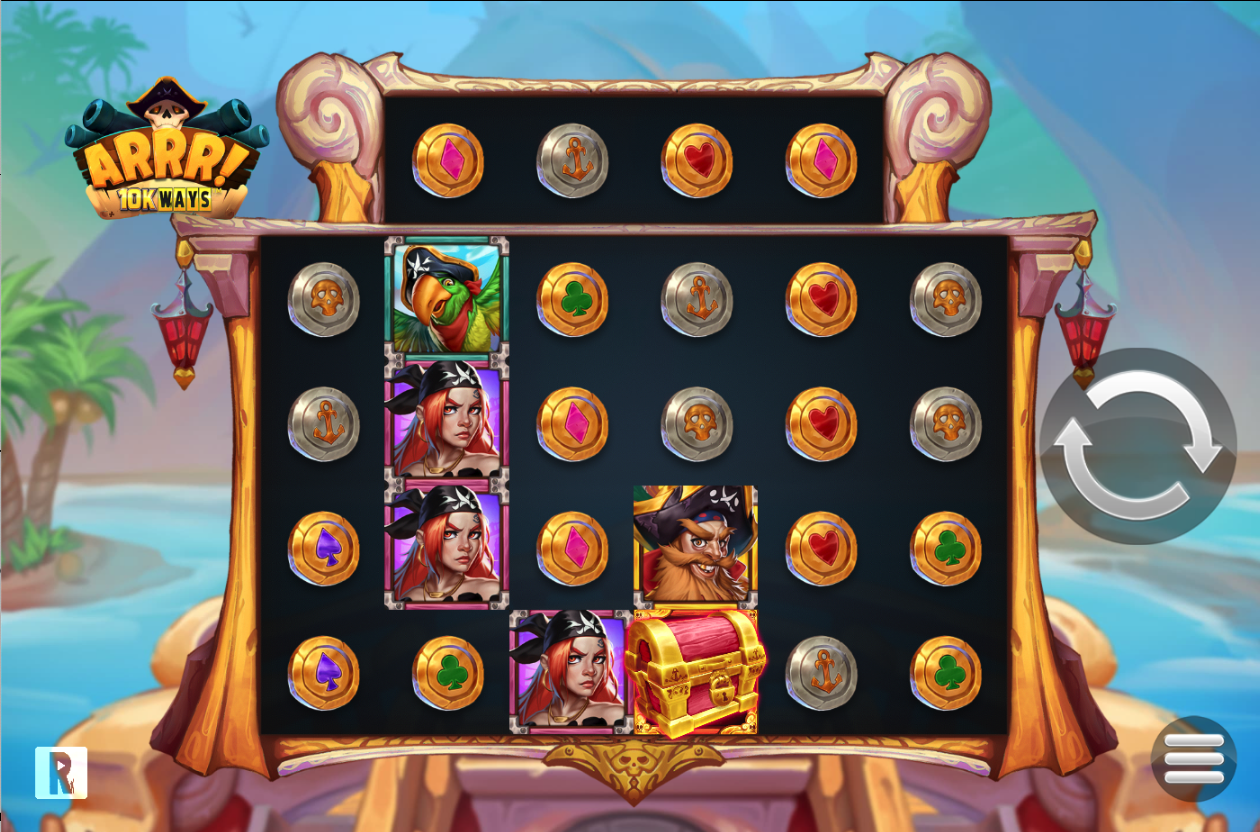 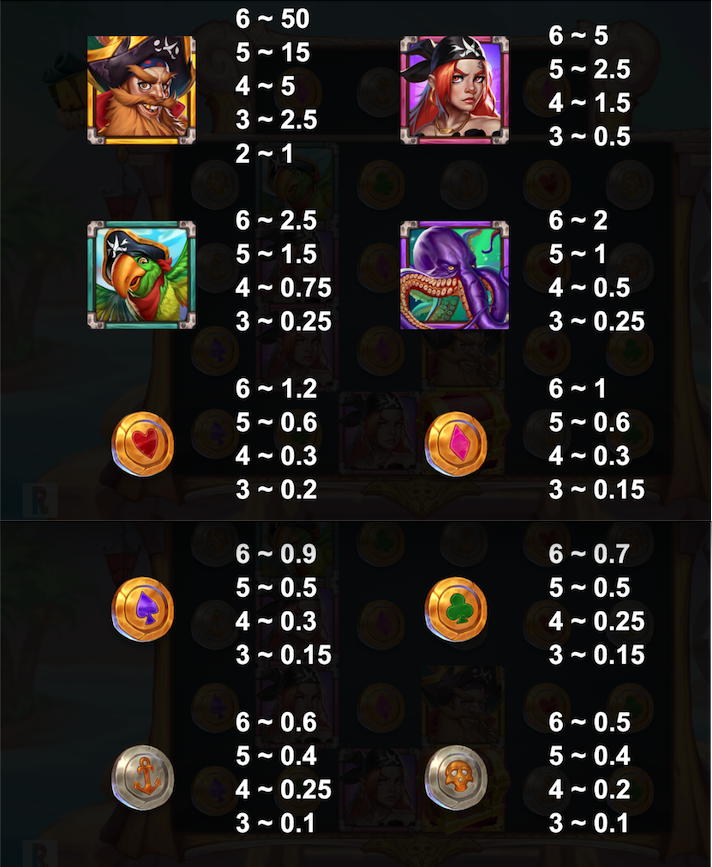 This online slot machine from Yggdrasil Gaming has the most piratey title of any we’ve played in this genre and there’s absolutely no pretence as to what ARRR! 10K Ways is all about; Cannon Wilds and bonus respin await those brave enough to shiver their timbers with this scurvy crew.

ARRR! 10K Ways is a six reel slot with four rows, an extra horizontal reel and a potential 10,000 ways to win; the familiar warm waters of the Caribbean set the lawless scene for this game and the reels spin just above the timber decks of this particular pirate ship.

The high value symbols include the pirate captain, the first mate, the parrot and the purple kraken; gold coins with playing card symbols and silver coins displaying an anchor and a skull represent the lower values. The glowing skull is wild and the golden treasure chest is the scatter symbol.

After any non-winning spin there’s change that this feature might kick in and place up to three wild symbols on the reels (the wild only appears during this round); each wild displays a multiplier up to 5x which is applied to any wild wins – more than one wild in a combo will have their multipliers combined.

Landing at least four of the treasure chest scatter symbols anywhere in view will award three respins on a set of reels which now only show those locked chests with multipliers up to1000x.

You’ll receive three respins and anytime a chest, pirate captain or kraken the number of respins is reset to three again and those symbols will be locked in place. In addition they’ll do the following:

When the spins eventually run out the prize is the total multiplier values collected applied to the total bet.