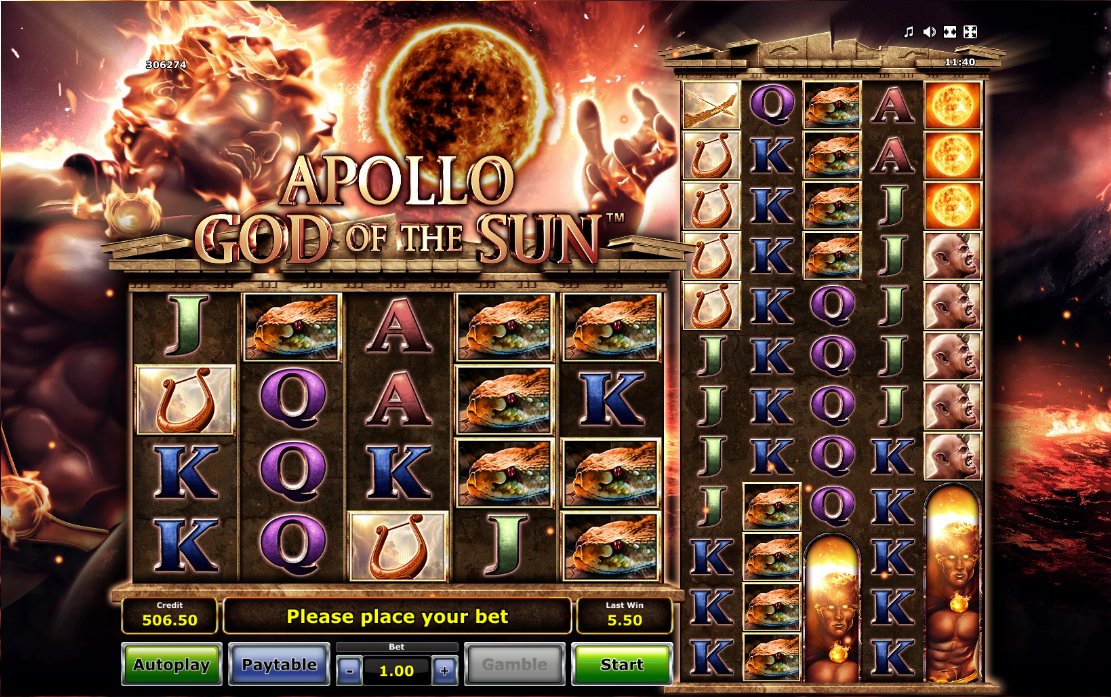 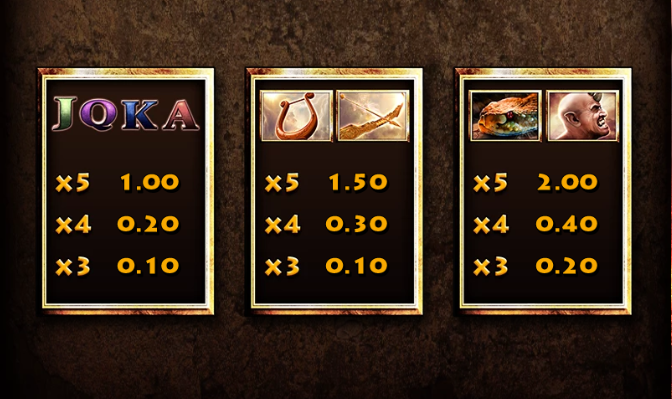 The realms of the Greek gods has long been fertile ground for those who develop online slot machines and here we have one more action-packed example; it’s called Apollo: God of the Sun, it’s from the studios of Push Gaming and you can find out how it all works below.

Apollo: God of the Sun is a five reel slot with four/twelve rows and one hundred fixed paylines spread over two reel sets as you can see from the screenshot above. Apollo himself stands in the background, looking quite menacing  in front of the burning sun.

The two reel sets operate independently of each other except for two features which are explained in more detail below.

The higher value symbols include Apollo, his horse (both can appear stacked on the reels), the harp, the bow and arrow and the warrior.

The glowing sun is wild and it will replace all others to form winning combos except for the helmet bonus icon; if you can land a full stack of wilds on the left hand reel set it will transfer itself to the corresponding reel on the right before any payouts are calculated.

This is triggered by landing three, four or five of the helmet bonus symbols anywhere in view (over both reel sets) for which you will receive 8, 12 or 20 free spins respectively. During this round any wild symbol which lands on the left hand reel set will expand to fill all positions on it’s reel and also transfer to the corresponding reel on the right hand set.

More spins can be triggered during this phase by landing three more bonus symbols.

Wins can be gambled by clicking the ‘Gamble’ button below the reels and it’s a simple 50/50, red/black punt to try and double your money or lose it all.

Apollo: God of the Sun is an attractive game with plenty of playability and reminiscent of WMS Gaming slots such as Zeus 1000 ;  there are some big wins available with the transferring wild feature and an RTP of 96.02%.