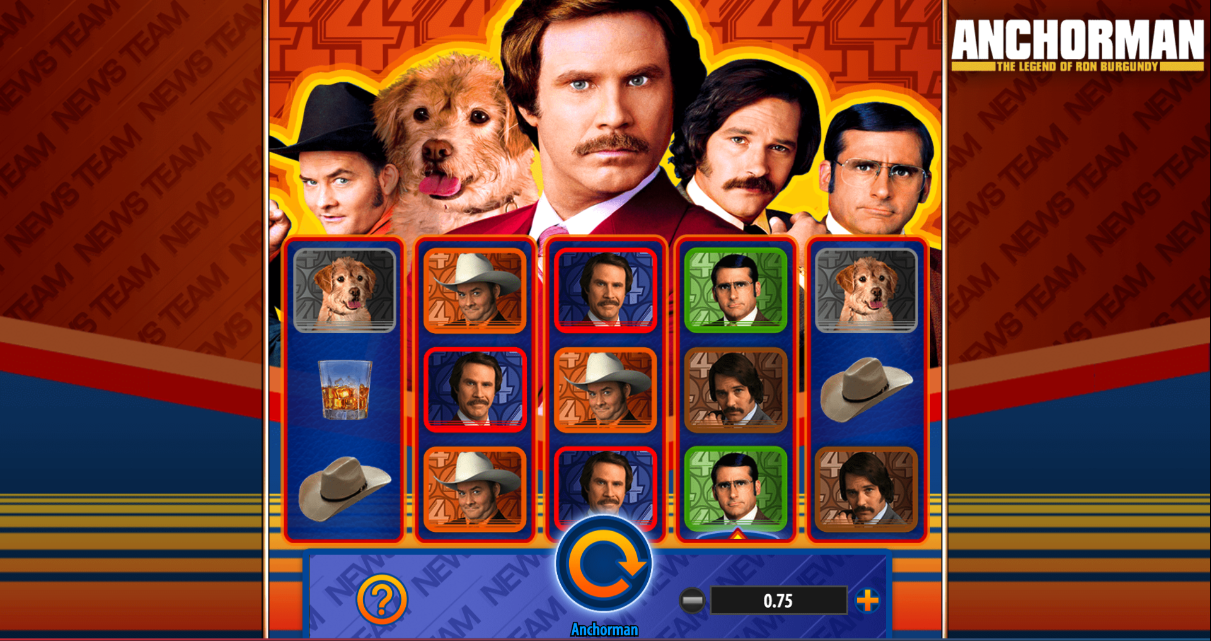 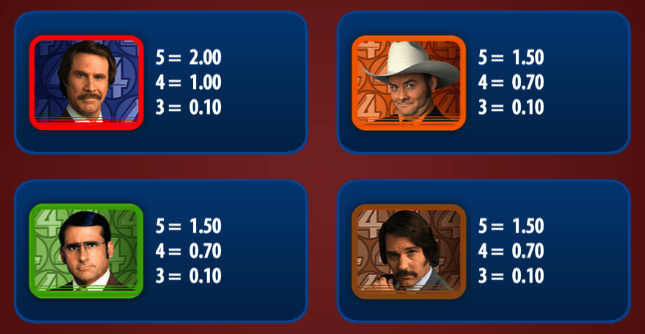 Surely one of the funniest movies of recent years, Anchorman: The Legend of Ron Burgundy was released in 2004 and followed the misadventures of a local newscaster in San Diego; it’s now reached the reels as an online slot developed by Bally Technologies and you can find out how it all works below.

Anchorman: The Legend of Ron Burgundy is a five reel slot with three rows and twenty five fixed paylines in the base game; there’s a seventies vibe to the game’s design with the entire news team – Ron, Brian Fantana, Champ Kind and Brick Tamland – watching from above the reels.

The symbols are all related to the theme and include the four chaps listed above, Ron’s dog Baxter, a glass of whisky, Champ’s hat, Brian’s sunglasses and the teams’ van.

The wild is a symbol showing ‘This Is A Wild’ and it will replace all others to help form winning combos except for the arrow bonus.

This can occur on any base game spin in which there is no other feature and up to ten extra wilds will be added to to reels two to five.

This is triggered by landing three of the arrow bonus symbols anywhere on reels two, three and four and you’ll now get to spin a large wheel which will award one of the following features:

On any base game spin each reel may contain a stack of matching symbols.

On any base game spin the reels may change to contain only Ron, Baxter, whisky and Champ’s hat.

There’s lots to like about Anchorman including lots of extra features and interesting bonus games but we will always give extra points to a movie-themed slot which includes clips from the film. There’s lots of fun to be had here and this game comes with an RTP of 96.03%.