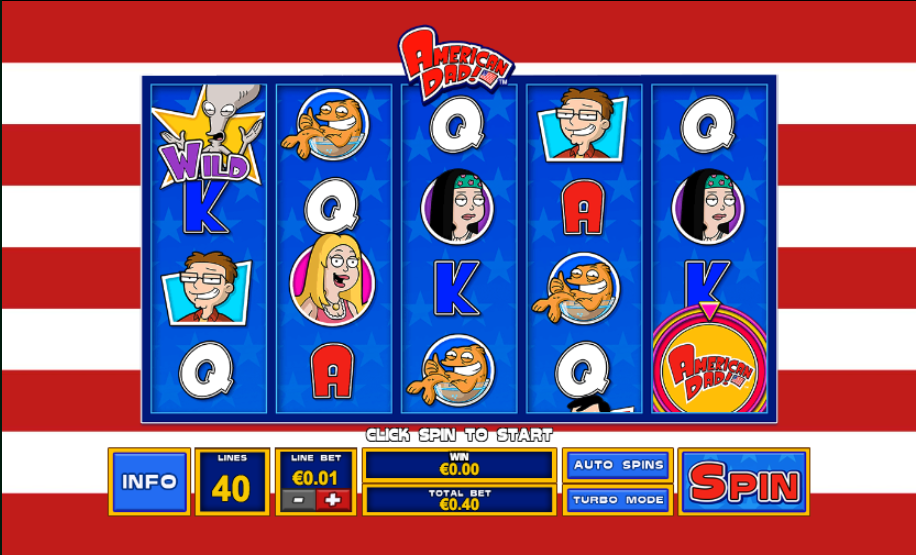 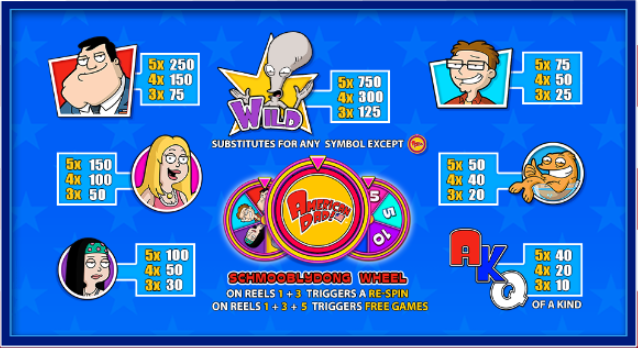 Appearing right now at a Playtech online casino near you is this game based on one of the funniest shows on television; it is of course American Dad! and it features CIA agent Stan, his wife Francine, kids Hayley and Steve and their alien lodger Roger.

American Dad is a five reel slot with four rows and forty fixed paylines; the reels spin on the stars of the American flag while the stripes complete the patriotic picture in the background. Music from the show accompanies your gameplay.

The high value symbols include Stan, Francine, Steve, Hayley and Klaus the fish; lower values are the standard Q, K and A.

Roger the alien is wild and he will substitute for all others to help form winning combos except for the American Dad! logo scatter symbol.

This bizarrely named feature is where it all happens and it’s triggered by landing two or three of the American dad! logos anywhere on reels one/three or one/three/five. The reels determine different aspects of the features:

The characters apply the following features if chosen on reel one:

If the feature is triggered by reels one and three only then just one free spin is awarded.

American Dad! actually has some quite basic graphics but that doesn’t detract from an entertaining slot with a clever way to trigger the features and plenty of variety once you do; it comes with an RTP of 94.14% and is plenty of fun.