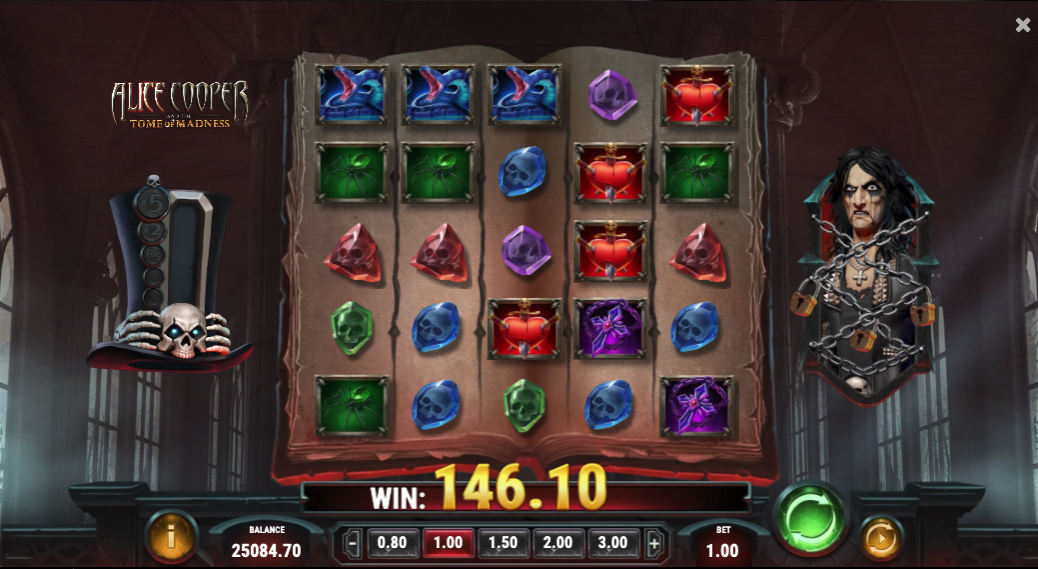 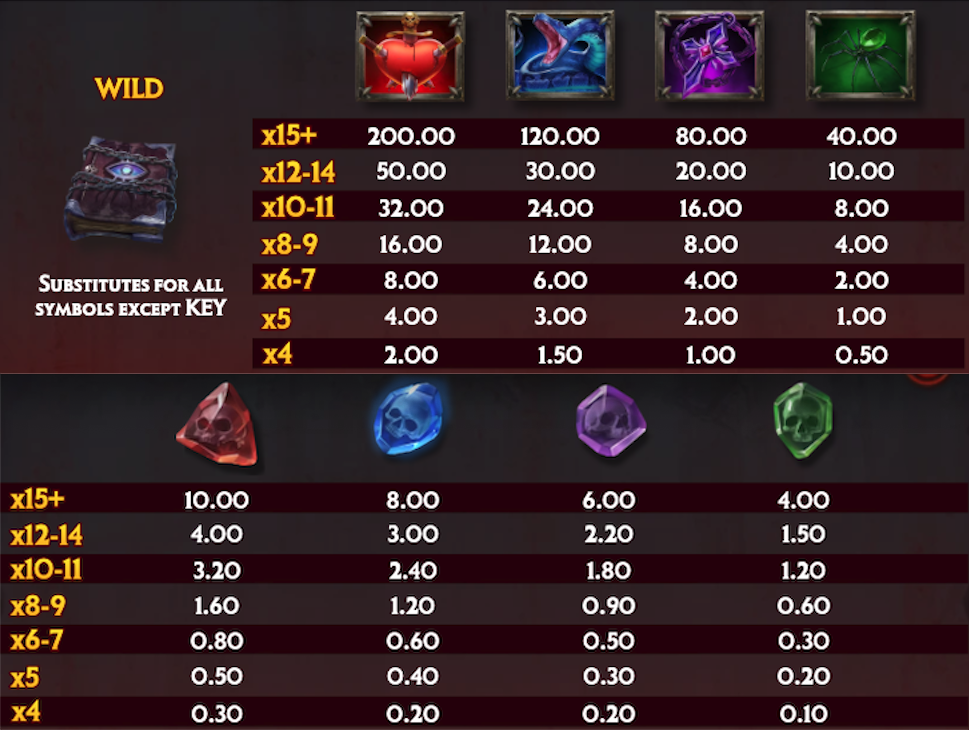 Legendary rocker Alice Cooper has been the inspiration for online slot machines before like this one but here we have the best one yet – it’s called Alice Cooper and the Tome of Madness, it’s designed by Play N Go and its cluster gameplay mechanic is enhanced by multiple bonus features and some top notch sound effects.

Alice Cooper And The Tome Of Madness plays out on the 5 x 5 grid shown above and the setting is some gothic insane asylum where Mr Cooper is locked in chains and his famous top hat bobs around on the left hand side. Creepy music provides the atmospheric accompaniment.

The high value symbols are a heart, a purple cross, a green spider and a blue snake; gems containing skulls make up the lower values. The magical book is wild and the key is the scatter symbol.

Alice Cooper And The Tome Of Madness Bonus Features

Cascading Reels and the Hat of Madness

This slot uses cascading reels in which any symbols in a winning combo will be removed an replaced by more falling in from above; in addition each symbol in a combo will slowly fill up the Hat of Madness on the left – there are five different levels to aim for:

On any non-winning spin one of the four following mini-features can kick into life:

If you’ve managed to trigger Reality Spins from the Hat of Madness then you’ll get to choose one of the Reality Effects to take place after each of your awarded spins.

Collecting three of the gold keys during one spin or series of cascades will unlock the chained-up Alice on the right hand side and unleash a Mega Wild (it’s a 1×4 stacked wild) which appears on reels two, three or four; this wild will move left and right until the cascades run out. Each key which appears on the reels will leave behind a wild when it flies across to the locks.