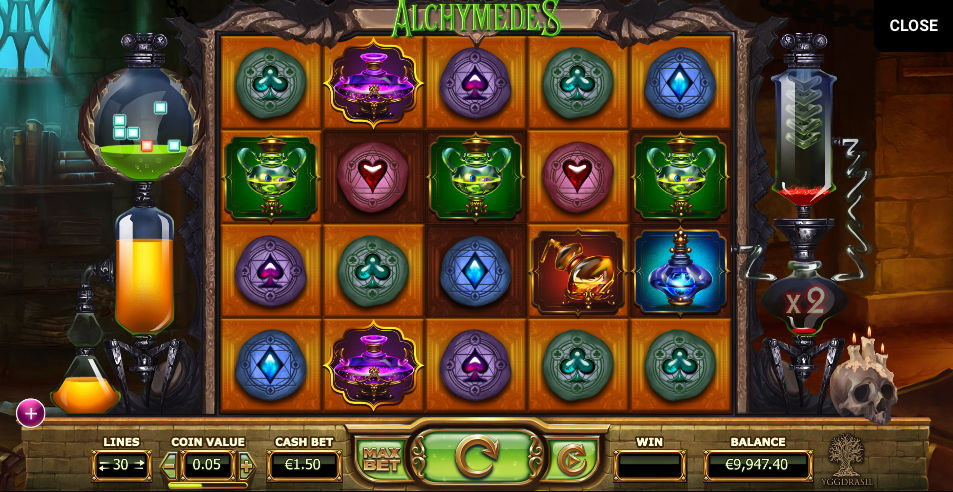 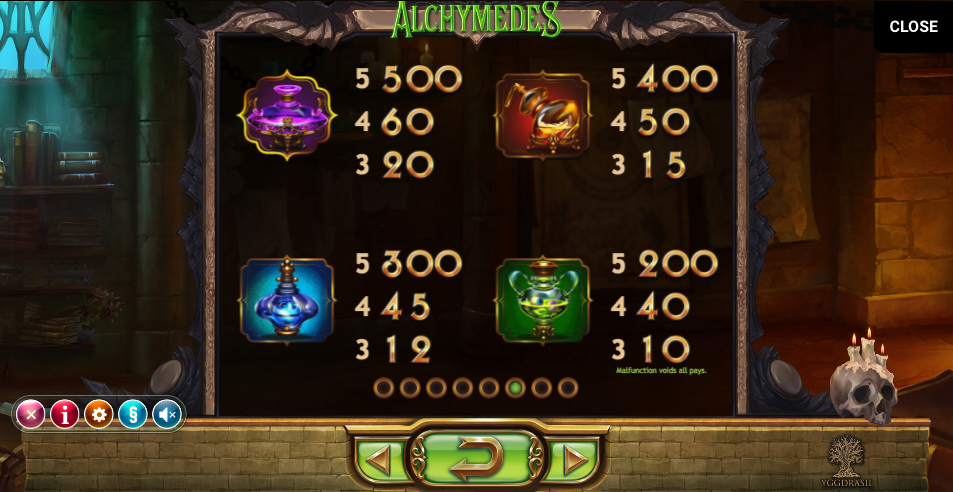 Direct from from the creative development studios of Yggdrasil Gaming is this online slot with a title suggesting a combination of Archimedes and alchemy. The famous Greek inventor and astronomer did indeed have an interest in turning base metals into gold and it’s about time he has his own dedicated game entitled Alchymedes.

Alchymedes is a five reel slot with four rows and thirty fixed paylines; the intricate reels spin on a piece of apparatus bordered by two instruments which we will explain a bit further on. The furniture and equipment of a 2300 year old laboratory can just about be seen in the background.

The wild symbol is a big green ‘Wild’ which substituted for all others to form winning combos – it has some extra abilities described in the bonus section below.

Each time a winning combo is formed, the background of those positions involved turns gold; when all reel positions are gold you have completed a level. During gameplay each win will contribute to the multiplier on the right hand side when each level is completed, that multiplier will be applied to the last win.

Before the next level begins you be will asked to choose between a better wild pattern and an increased starting multiplier on The Alchemist’s Scale.

In the apparatus to the left of the reel you can see the currently active wild pattern; if the wild marked in red lands anywhere on the reels the positions marked in green will also appear, helping out with some bigger wins. The pattern is randomly picked for each new level.

When each level is completed, one of six mini-features may also be awarded:

Alchymedes is a really well-designed slot with some innovative bonus features which give players plenty of reasons to keep spinning the reels. It’s easily up to Yggdrasil’s usual high standards and comes with an RTP of 96.10%