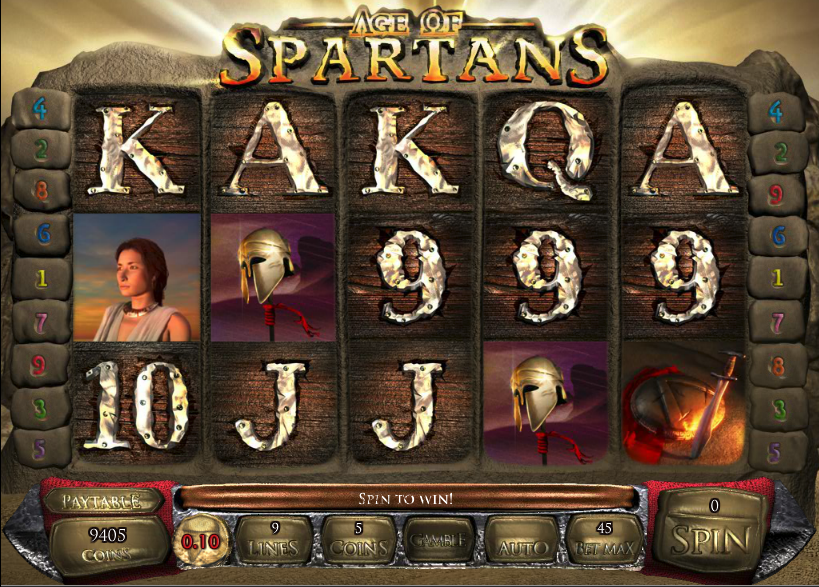 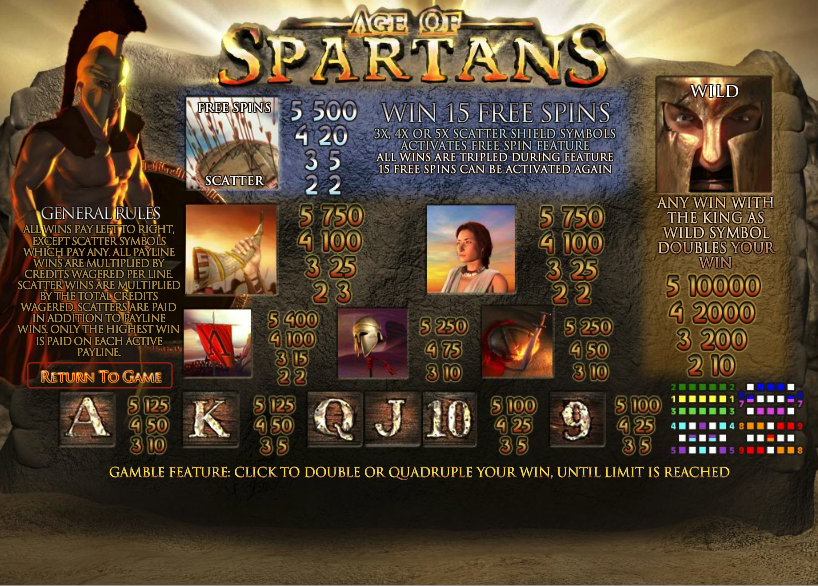 The Battle of Thermopylae between the Persians and an alliance of Greeks has taken on almost mythical significance over the years, especially since the release of 300, a movie based on Frank Miller’s iconic comic book series; the good news for us is that online slots developers have joined in the fun with games based on this era and here we have one more – it’s called Age of Spartans, it’s designed by Genii and you can find out how it works right here.

Age of Spartans is a five reel slot with three rows and up to nine paylines; those reels are hewn into a large stone tablet with boulders marking the paylines on either side. Dramatic martial music accompanies your gameplay.

The higher value symbols include a battle horn, the wife of King Leonidas, a red flag, a helmet and a sword/shield combo; 9, 10, J, Q, K and A represent the lower values.

Leonidas himself is wild and he’ll replace any others symbols on the reels to help form winning combinations except for the the shield scatter; he’ll also double any wins to which he contributes.

This is triggered by landing three or more of the shield scatter symbols anywhere in view for which you will receive an initial fifteen free spins; all wins are subject to a 3x multiplier during this round and it’s possible to trigger more spins with the correct number of scatters.

Wins can be gambled by pressing the ‘Gamble’ button beneath the reels and here you have the chance to double or quadruple your win by picking the correct colour or suit. A wrong guess will lose it all though.

Age of Spartans is a perfectly playable slot with a solid theme and some nice graphics; perhaps the only drawback is the rather low RTP of 90.60% which is one of the lowest we’ve ever seen. If you’d like to try an enhanced version of this game, have a look at Age of Spartans Spin 16.