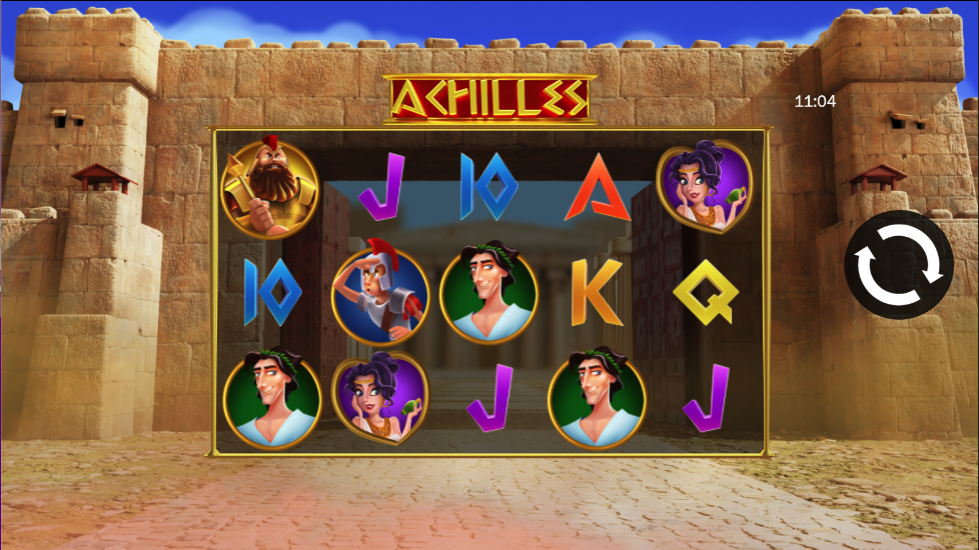 Revolving around the legendary siege of the city of Troy, this online slot from Yggdrasil Gaming is named after Achilles, one of the heroes of this conflict and the main character in Homer’s Iliad; it’s c amore cheerful game than the warlike content would suggest and it comes with free spins and a variety of base game modifiers.

Achilles is a five reel slot with twenty fixed paylines and those reels spin in front of the open gates of a deserted Troy as the wind carries sand and dust across the path beneath.

The high value symbols are Agamemnon, Helen, the Skinny Greek Soldier and another chap we can’t identify; Achilles is wild and the Trojan horses are the scatter symbols.

These mini-features can be triggered on any spin:

Landing two Trojan horses on reels one and three and then a specific bonus symbol on reel five will trigger one of the following features: