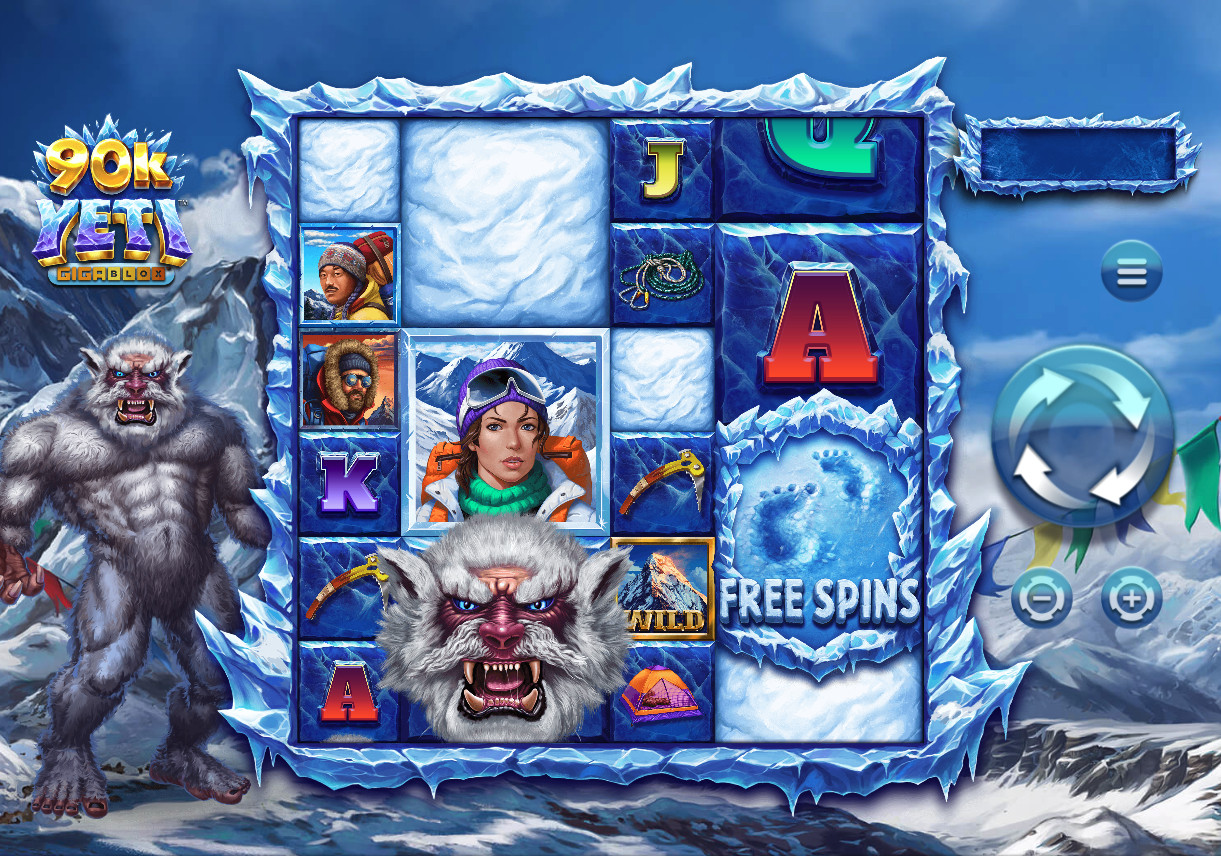 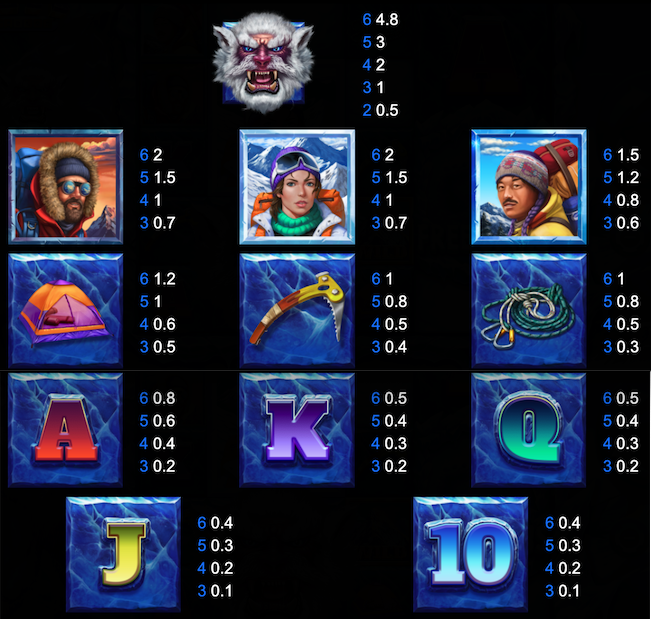 Let’s take a trip to the roof of the world and the lofty Himalayan mountain range to try out this online slot from 4ThePlayer/Yggdrasil Gaming – it’s called 90k Yeti Gigablox and that’s a title which combines the highest possible win, the main character and the intriguing gameplay mechanic.

90k Yeti Gigablox is a six reel slot with six rows and the 46,656 paylines advertised is the maximum number – when the reels spin some positions will be occupied by snowy blanks (Snow Blox) which means those paylines can vary significantly. We like the setting for this game which takes place on a Himalayan mountain top where Buddhist prayer flags flutter in the chilly breeze and the scary-looking Yeti stands to the left.

The theme-related symbols are the Yeti, the two trekking tourists, the sherpa, the tent, the ice axe and the climbing rope; 10, J, Q, K and A are the lower value symbols. The summit of Mount Everest is wild (in this game and real life) and the snowy footprints are the scatter symbols.

Gigablox are are larger symbols which can range from 2×2 up to 6×6 and at least one of these will appear on every spin; a 6×6 symbols will fill the whole reel set for some massive wins. Each of these blocks will split into their constituent parts for the payout.

These can occur at random in the base game:

Landing at least five of the footprint scatter symbols anywhere in view will kick this feature off and you’ll start with with one spin for each scatter plus each footprint landing during this round will award one more.

During this round all Snow Blox will be removed from the reels to increase the number of paylines available and at least one Snowstorm Shuffle or Yeti Giga Summon is guaranteed to occur during the spins.