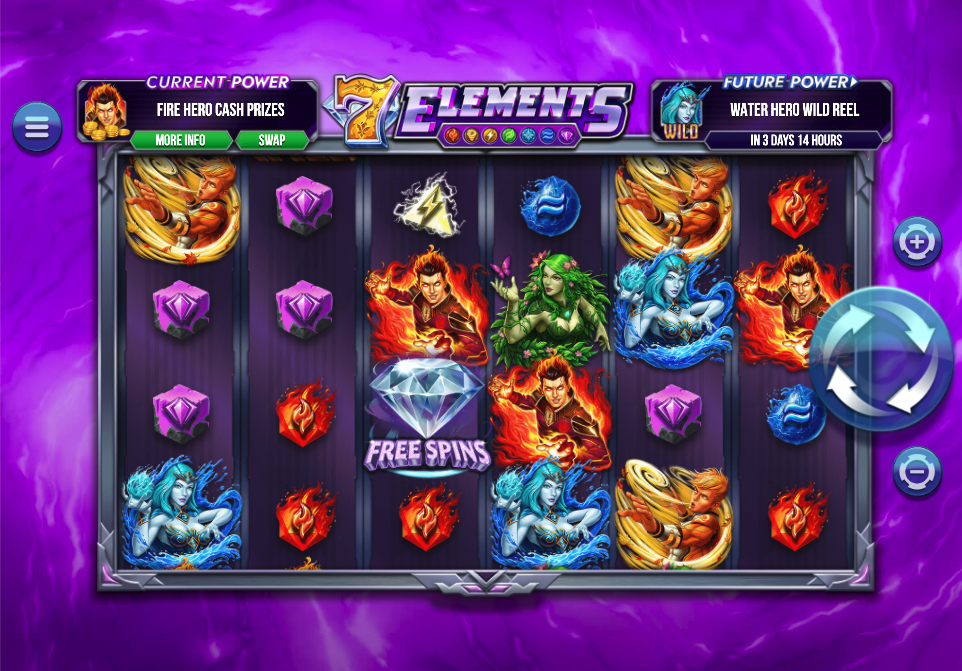 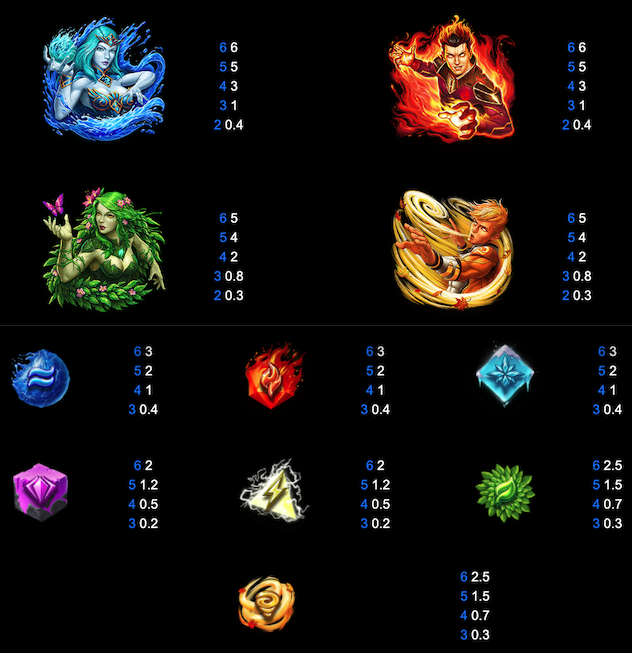 Superpowers and crime fighting shenanigans are the themes behind this online slot from 4ThePlayer which comes with the name of 7 Elements; however that only tells half the story because the developer has also introduced a concept called ‘Future Powers’ which unlocks new features throughout the year to keep the excitement fresh – find out how it all works below.

7 Elements is a six reel slot with 4096 ways to win and although the narrative may be a bit vague there are four elemental superheroes involved here, each with their own special power. The reels spin against a swirling purple backdrop and there’s a dramatic, atmospheric soundtrack to accompany the gameplay.

The four high value symbols are heroes connected to water, fire, air and nature and the lower values are seven icons representing elements such as ice, lightning, nature, wind and water. The golden ‘7’ is wild and the large diamond is the scatter.

This is the thing designed to keep players coming back for more after an initial dabble on the reels and if you look above the reels you’ll see the Current Power displayed in the top left corner and the next Future Power in the top right, along with a countdown to show when it will become available.

New features will become available twice a week following the games release and if you click ‘Swap’ underneath the Current Power option the unlocked features will be listed – now you can choose which power is available (obviously not many at this point).

Some of the potential powers are listed below:

Landing at least three of the diamond scatter symbols anywhere in view will award ten free spins and during this round each hero is overlaid with a gem of a certain colour – collecting these gems fills up a corresponding coloured meter and when that meter is full the following extras activate:

Meters can be filled multiple times to enhance their respective abilities and if you can land a scatter symbol on the same spin as a hero then extra gems will help fill the meter.