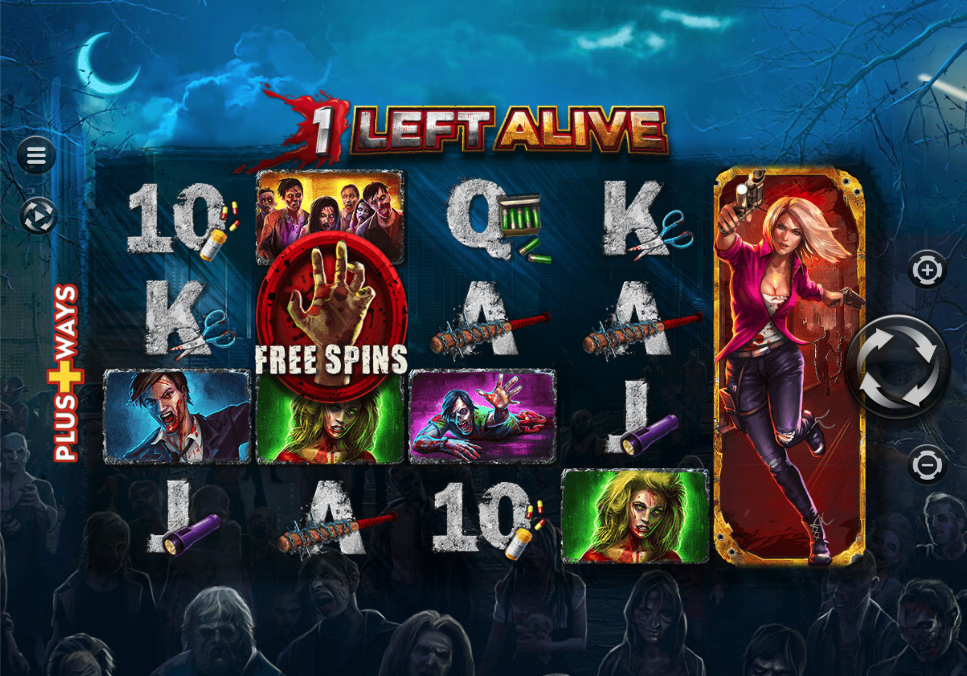 The impending zombie apocalypse should clearly be something about which we should be concerned, especially if it ends up as desperate as the situation in 1 Left Alive, this online slot machine from 4ThePlayer; it tells the story of a lone female battling the undead hordes while simultaneously trying to trigger free spins and base game features.

1 Left Alive is a five reel slot with four rows and 4ThePlayer’s proprietary PLUS+WAYS payline structure which offers a potential 32,768 extra ways to win on top of the standard 1024 possibilities; lightning strikes behind the reels illuminate the ominous view of crowds of zombies queueing up for a taste of your blood. 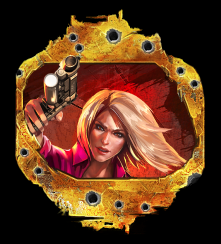 The four theme-related symbols are all the undead and include the blonde woman, the businessman, the crawler and the shuffling group; 9, 10, J, Q, K and A accessorised with survival tools represent the lower values.

The lone girl from this story is wild, she appears stacked on the reels and she will replace all standard symbols to help form winning combos; the zombie hand is the bonus symbol. 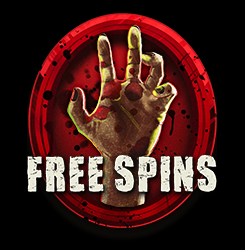 Landing three of the zombie hand bonus symbols on reels two, three and four will award seven free spins initially but this can be repeated once the round start up to a maximum of seven hundred spins.

Before the spins start you’ll be prompted to choose one of the high value zombie symbols; if the girl wild lands on the same spin as the chosen zombie she will shoot it, turning it wild. This wild will move down one position with each subsequent spin until it falls off the bottom of the reels.

1 Left Alive is a slot which brings some genuine gore to the reels as our heroine fights the hordes of undead in a desperate attempt to stay alive; the enhanced free spins are the highlight of this exciting game and they’re also where the biggest wins are.