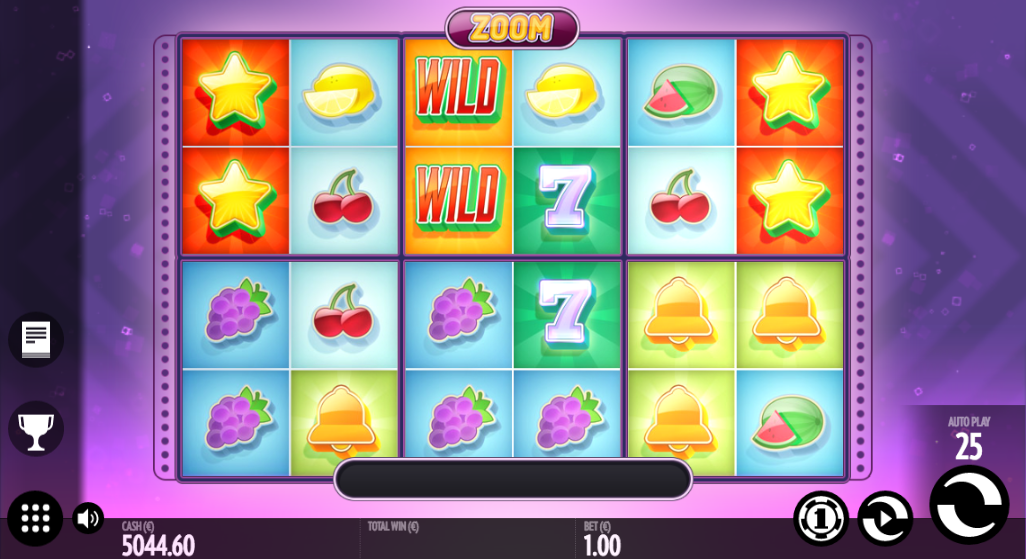 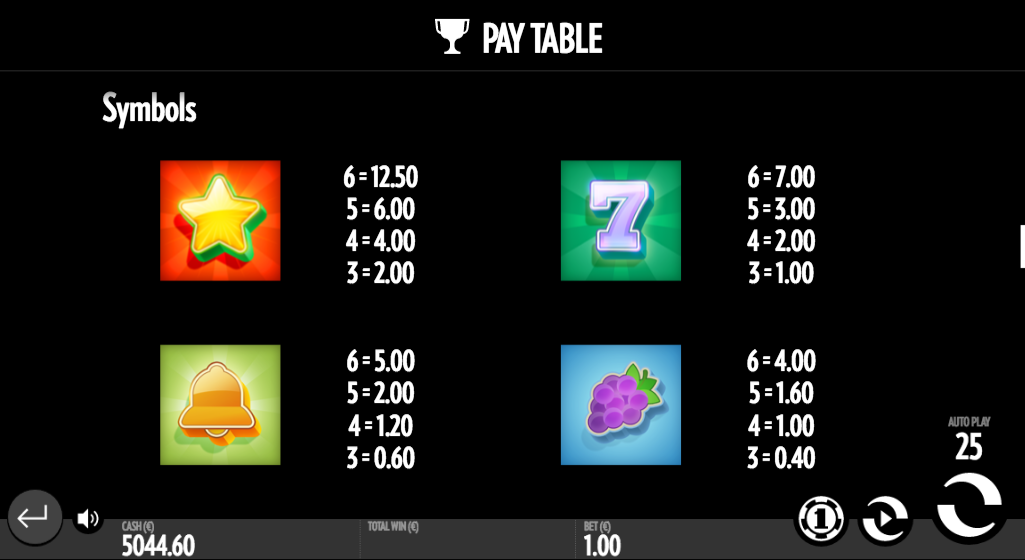 Thunderkick are a development studio with a track record of releasing outstanding online slots so it’s always a pleasure to check out a new one when we have the chance. Zoom is the latest game to roll off the production line and very nice it is too with it’s stacked symbols, massive symbols and respins – read all about it below.

Zoom is a six reel slot with four rows and sixty four fixed paylines; there’s a purple theme to this slot and quite a basic design but you will notice that the reels is split into six 2×2 squares and this will be explained in more detail below.

The base game symbols are fairly traditional and include gold stars, blue sevens, bells, grapes, watermelons and cherries;

The wild is represented by a big red ‘Wild’ and it will substitute for all others except the ‘Z’ scatter symbol which is the key to the main feature.

This is triggered whenever you land at least one of the big ‘Z’ scatter symbols anywhere in view; the 2×2 square in which it lands will now turn into one giant randomly-picked base game or wild symbol. You are awarded one respin with this huge icon frozen in place but if you can land any more ‘Z’s the process will occur again and you’ll get one more spin.

If you are lucky enough to land ‘Z’s in four areas to form a square, that area will become one Super Massive symbol which will obviously prove pretty profitable.

When no more spins are triggered you will be returned to the base game.

Zoom is an extremely enjoyable slot to play with a bonus feature which is triggered regularly and an RTP of 96.20%. Just set the Autoplay up and watch it go!