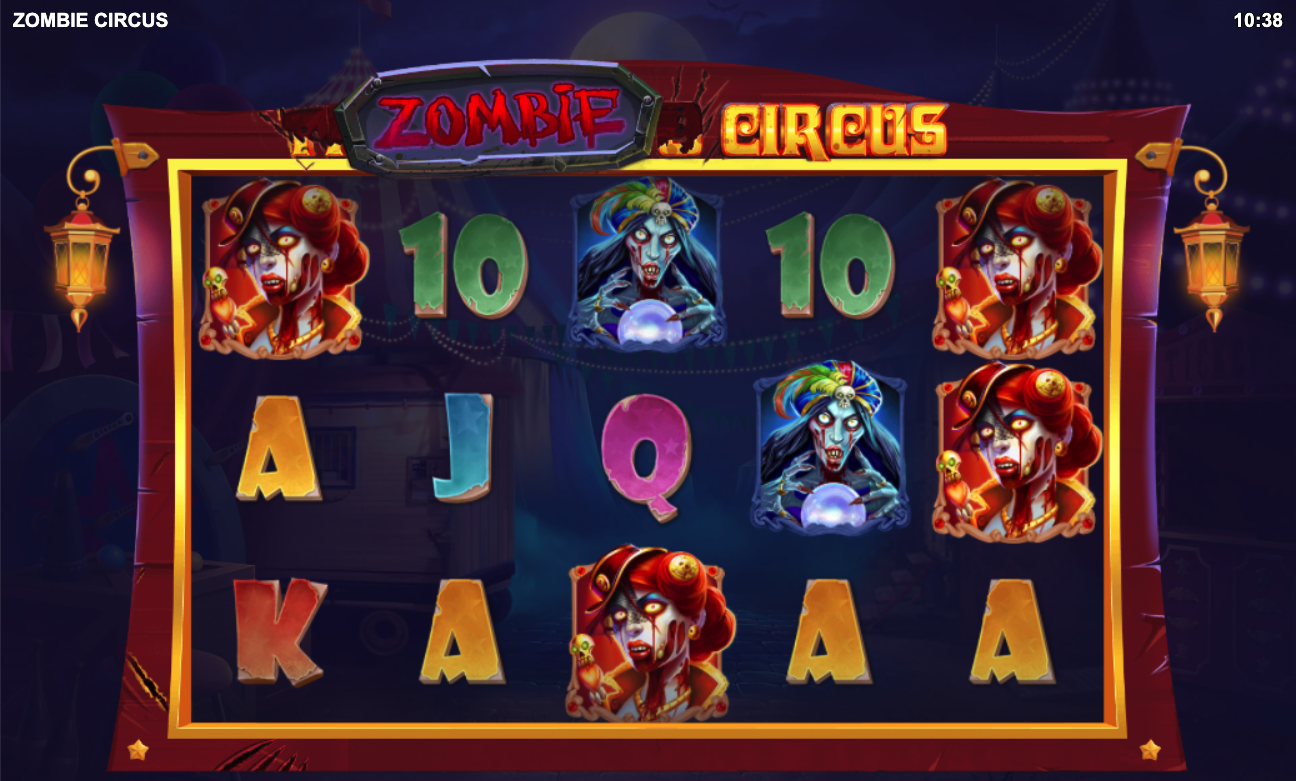 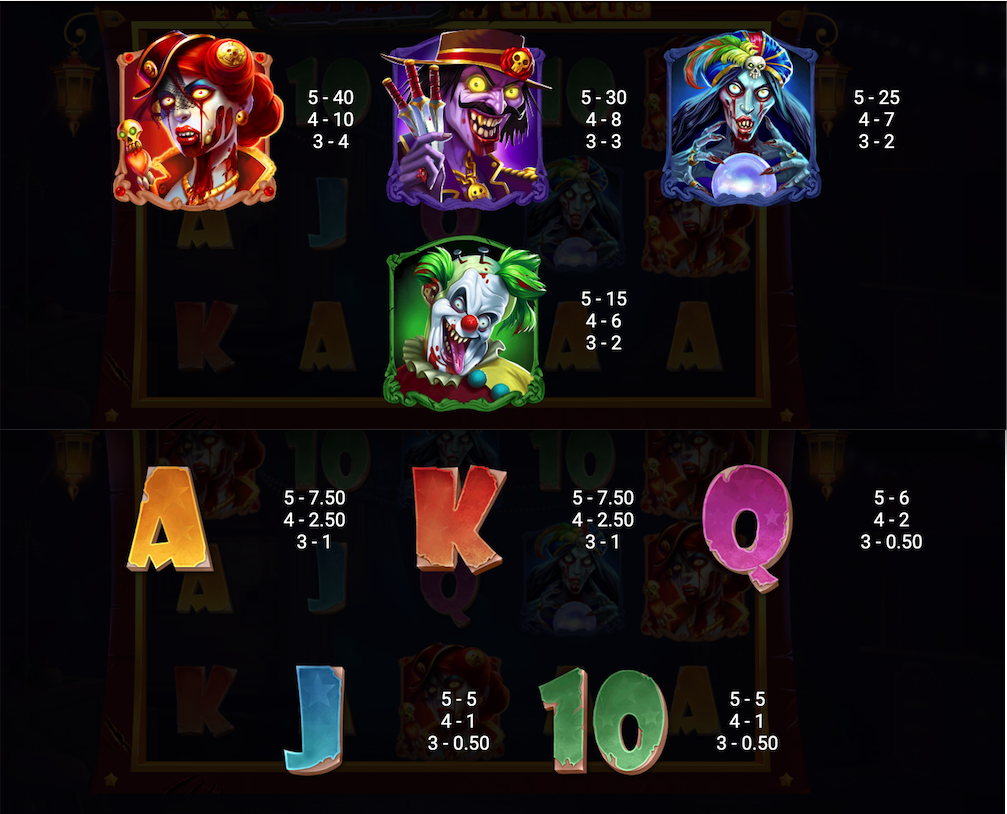 The combination of Big Top action and the undead is a strange one but that’s exactly what we’ve got here in the shape of Zombie Circus, this online slot machine from Relax Gaming; try it out from £0.10 per spin and witness the shuffling corpses grant free spins and wild features.

Zombie Circus is a five reel slot with three rows and ten fixed paylines; behind those reels a full moon barely illuminates the gigantic tents in the gathering gloom.

The four high value symbols are zombie versions of knife checkers, clowns, fortune tellers and the ring master while 10, J, Q, K and A represent the lower values. The golden ‘Wild’ is wild and the horsey carousel is the bonus symbol.

This is triggered by landing there of the carousel bonus symbols on reels one, three and five; they appear stacked on reel five so it’s possible to land up to five carousels which will give you up to four zombie ‘waves’ in the next bit….

Each wave will display five zombies on the reels so just pick one to reveal the number of free spins (up to 100) and subsequent waves will determine one symbol each will become an extra wild. Once the spins start it’s possible to retrigger more in the same way but this time you’ll just get two waves to pick – spins and one more wild symbol.