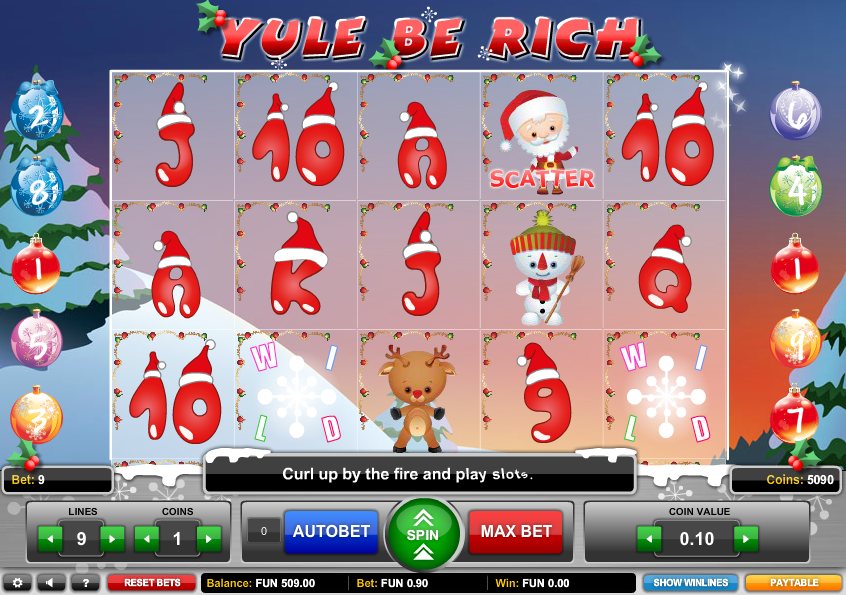 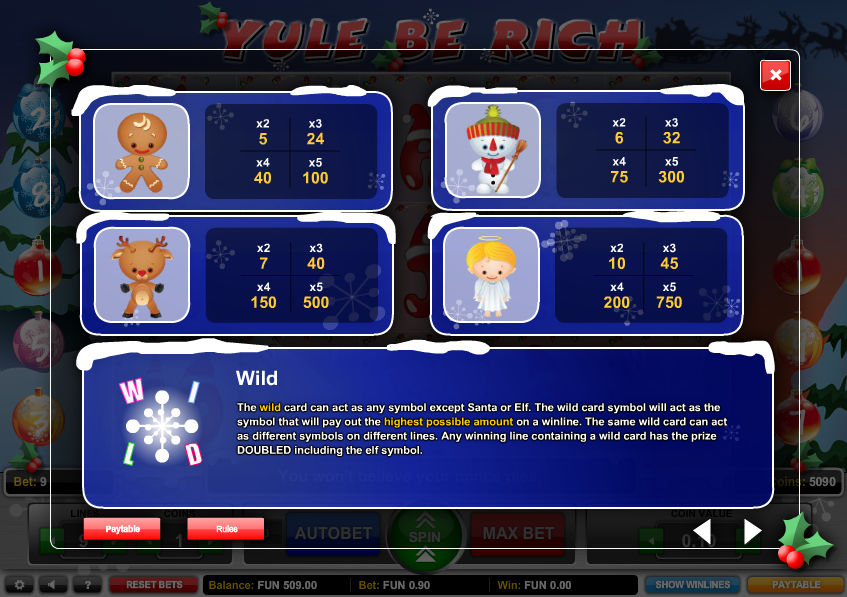 Surely everyone likes a Christmas-themed online slot, whatever time of year it is? The seasonal soundtrack and the festive graphics always put us in the mood for a mince pie and a James Bond film. Yule Be Rich is a release from 1×2 Gaming which adds to an already extensive Christmas list – see our top five here – so keep reading to see how it matches up.

Yule Be Rich is a five reel slot with three rows and up to nine paylines; the design is fairly childish but in a good way – trees and hills blanketed with snow form the backdrop and the baubles displaying the paylines either side of the reels are a nice touch.

The four high value symbols are little Christmassy characters including a gingerbread man, a reindeer, a snowman and an angel. 9, 10, J, Q, K and A with Christmas hats are the lower values. The angel is the highest paying symbol, worth 750x the line stake.

The wild symbol is represented by a snowflake and will double any wins to which it contributes; Father Christmas is the scatter symbol which activates the main feature.

This feature is triggered by landing three or more of the Father Christmas scatter symbols anywhere on the reels. You will now receive the following:

The free spins start automatically and take place on the same set of reels although with the addition of a little elf character. These are apparently shy which is why they only appear during the free spins; they will payout for at least two anywhere on an active payline.

Yule Be Rich perhaps lacks a little of the polish and creativity of some other 1×2 Gaming slots but it’s a fun addition to the Christmas line up and remember – you don’t have to wait until December to check it out. The RTP is a pretty generous 96.33%.