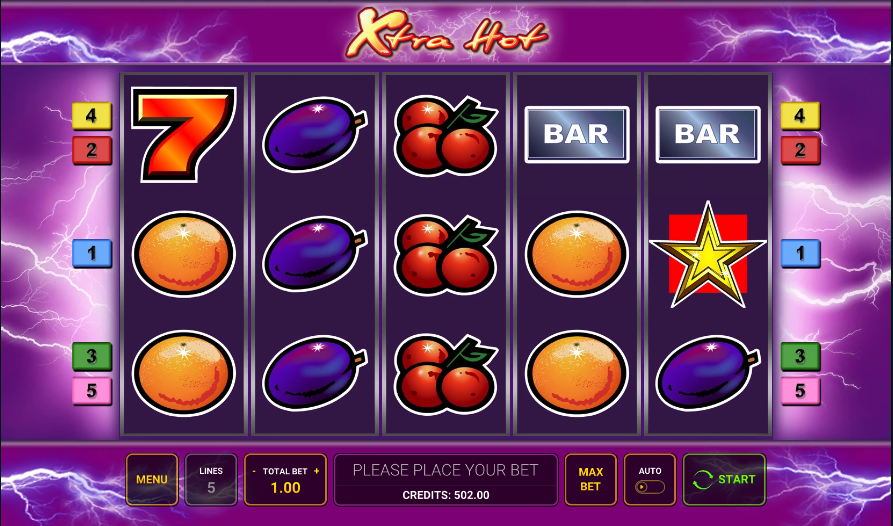 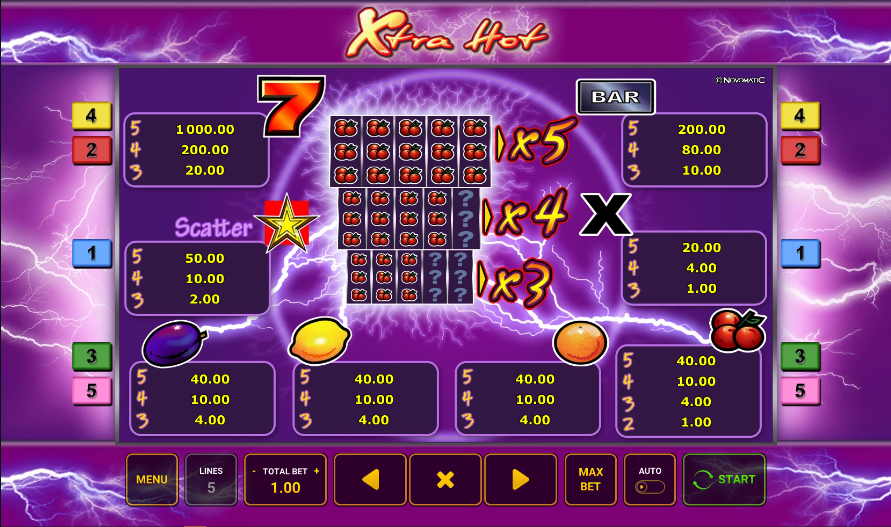 If you fancy getting back to basic with some good old fruit spinning action then we may have something of interest here – it’s an online slot machine developed by Novomatic/Greentube with the title of Xtra Hot and what it lacks in bonus features it makes up for in engaging simplicity.

Xtra Hot is a five reel slot with three rows and just five fixed paylines; bolts of lightning illuminate the purple sky in the background while the reels spin to a soundtrack which will remind you of afternoons spent in amusement arcades in seaside towns.

Aside from the red sevens, bars and black Xs the symbols are fruity in nature and include plums, lemons, oranges and cherries. There are no wild symbols in Xtra Hot but the gold star is the scatter which will of course pay out in any position as long as there are at least three in view.

Although we say there are no features in this game there’s a small extra bonus to appreciate; all symbols can appear stacked on the reels and this means that it’s possible to fill three, four or all five reels with the same symbol. Achieving this will award the following:

That’s all there is to Xtra Hot so just set your stake, click that Autoplay button and give it a crack.

Obviously Xtra Hot is a slot for those who are happy to eschew the usual bells and whistles for something a little simpler; it’s basic stuff but crank the music up and transport yourself back to a different time.