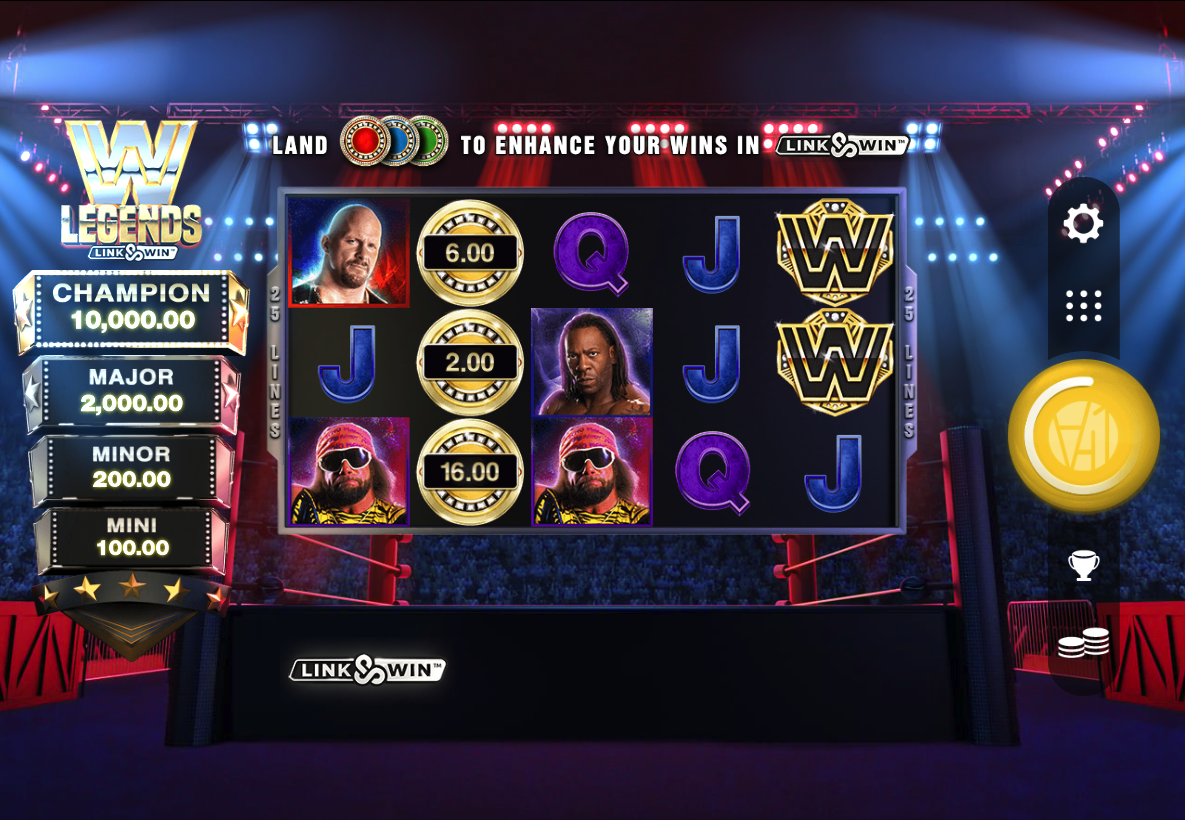 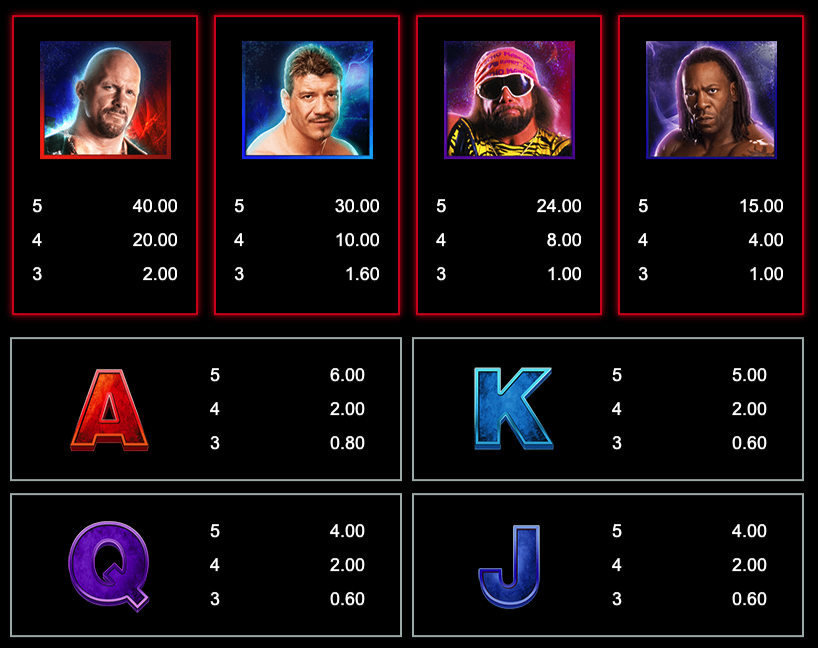 The noise, the lights, the spectacular action and the dodgy homemade signs can mean only one thing – we’re ringside at a World Wrestling Entertainment event to watch some of the biggest names in sports entertainment fling themselves around in the pursuit of free spins and the Link&Win feature; this is WWE Legends, it’s developed by all41studios and you’ll be able to try it out from just £0.10 per spin.

WWE Legends: Link&Win takes place with the empty, spotlit ring as its backdrop and a huge crowd of fans waiting for the action; there are five reels and twenty five fixed paylines beneath the four jackpot prizes suspended from the lofty, unseen ceiling.

The highest value symbols will be familiar to any WWE fans and they are ‘Stone Cold’ Steve Austin, Jake ‘The Snake’ Roberts, Randy Savage and Booker T; J, Q, K and A are the lower values. The WWE logo is wild, the championship belt is the scatter symbol don’t forget the coins which are integral to the Link & Win feature.

Landing three of those scatter symbols anywhere on reels one, three and five will award an initial five free spins with five more available if you can repeat that when the round is underway.

During the free spins reels two, three and four merge and land only big symbols – the regular ones count as nine separate symbols but a giant scatter will only count as one.

This is triggered by landing at least six of the multiplier coins anywhere in view and you’ll receive three respins with those coins locked in place – any more coins landing will also lock and reset the number of spins to three again. Each coin will display a multiplier value of between 1x and 1000x but there also special coins: