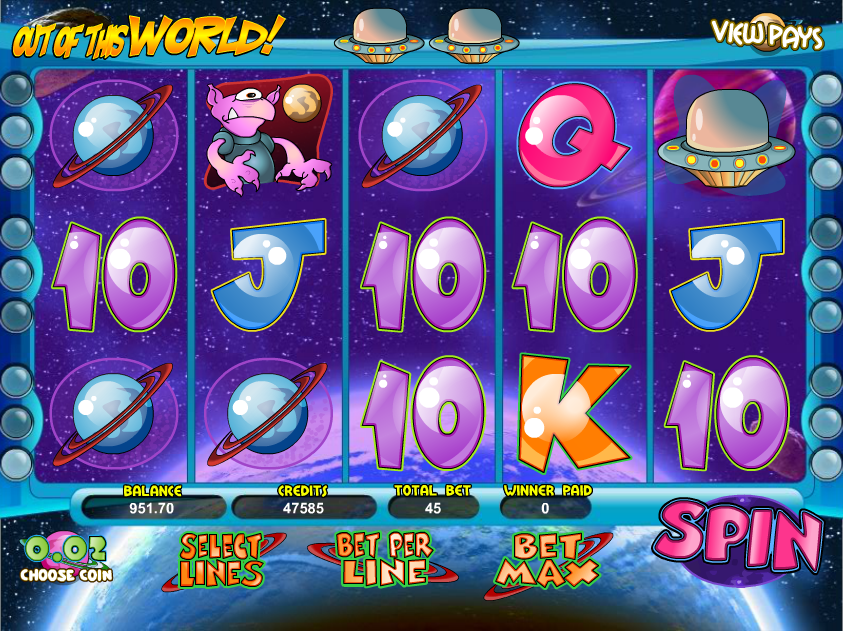 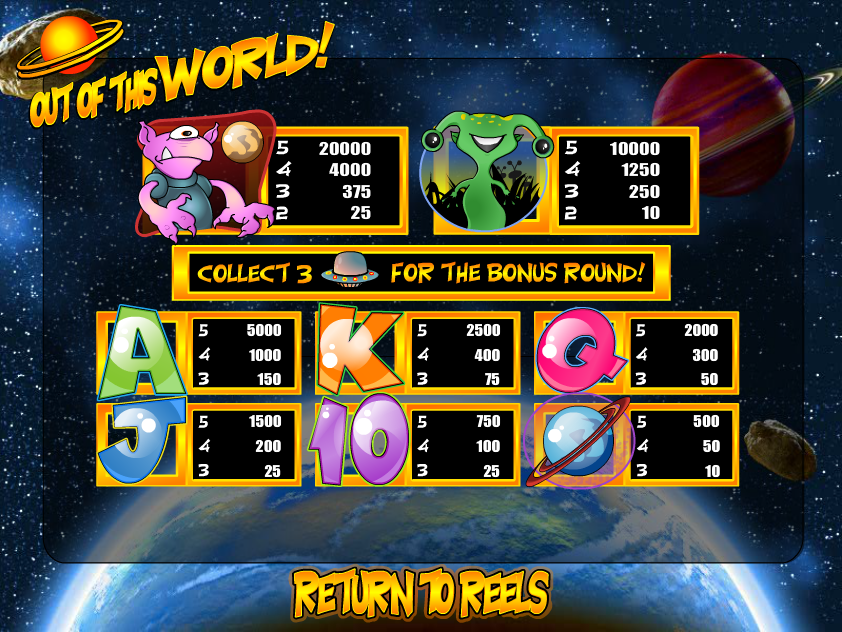 It’s time now to split an infinitive and boldly go where no-one has gone before as we journey into space to check out this colourful online slot from Betsoft Games. It’s called Out Of This World! and it’s set in the gravitational pull of some distant planet which seems to be the home of small green creatures. Read on to find out how it all works.

Out Of This World! is a five reel slot with three rows and up to nine paylines; those reels spin within the screen of a spaceship orbiting the blue planet below but there’s a view of thousands of twinkling stars beyond that console. Your gameplay is accompanied by appropriate hi-tech bleeping and squeaking noises which sets the atmosphere nicely.

There are just three theme-related symbols and these include a purple alien, a green alien and a ringed planet; lower values are the standard 10, J, Q, K and A.

There is no wild symbol used in Out Of This World! but there is a bonus symbol and that’s the small grey spaceship which transports our alien around.

There’s just one extra feature here and it’s a picking round triggered by collecting three of the spaceship scatter symbols on reel five; as they appear they will be moved above the reels to remind you how many you’ve grabbed so far.

You are presented with six spaceships so just click them one by one to zap them and reveal a green alien and a cash prize; when you find the purple alien the round is over. 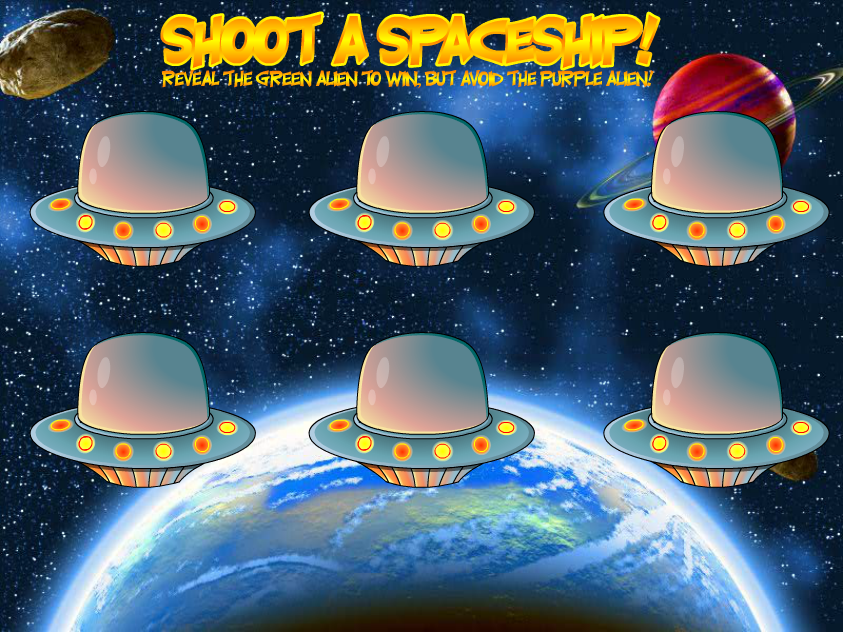 Out Of This World! is one of Betsoft’s older slots but it has it’s own charm and it’s worth a go if you looking for some simplicity. We like the guaranteed bonus round (as long as you play for long enough).