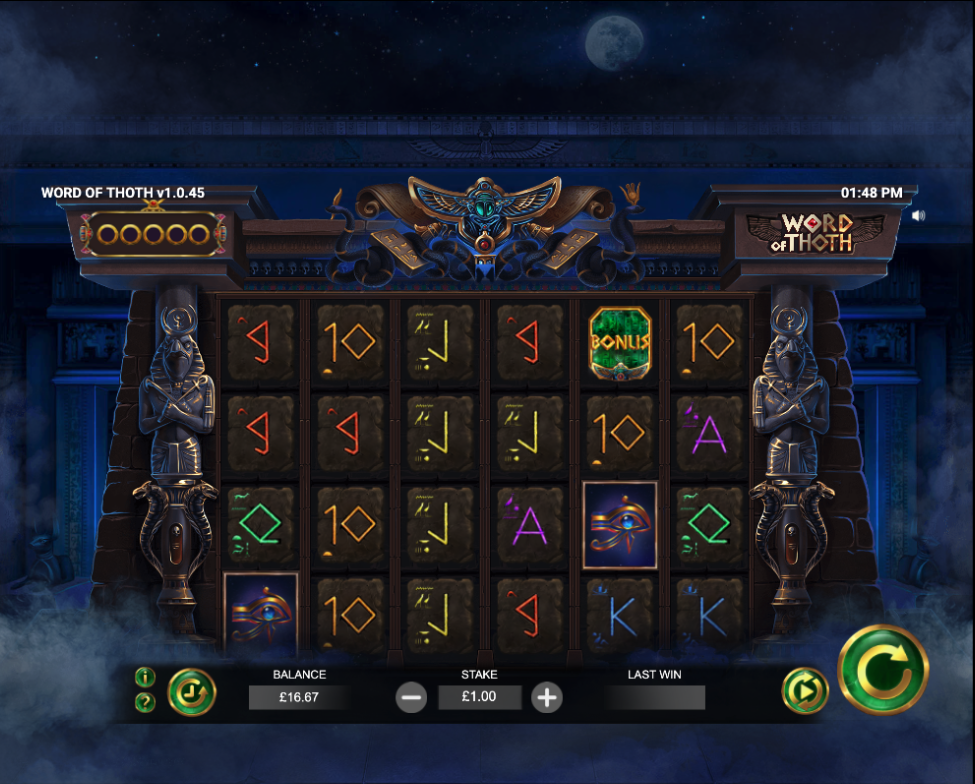 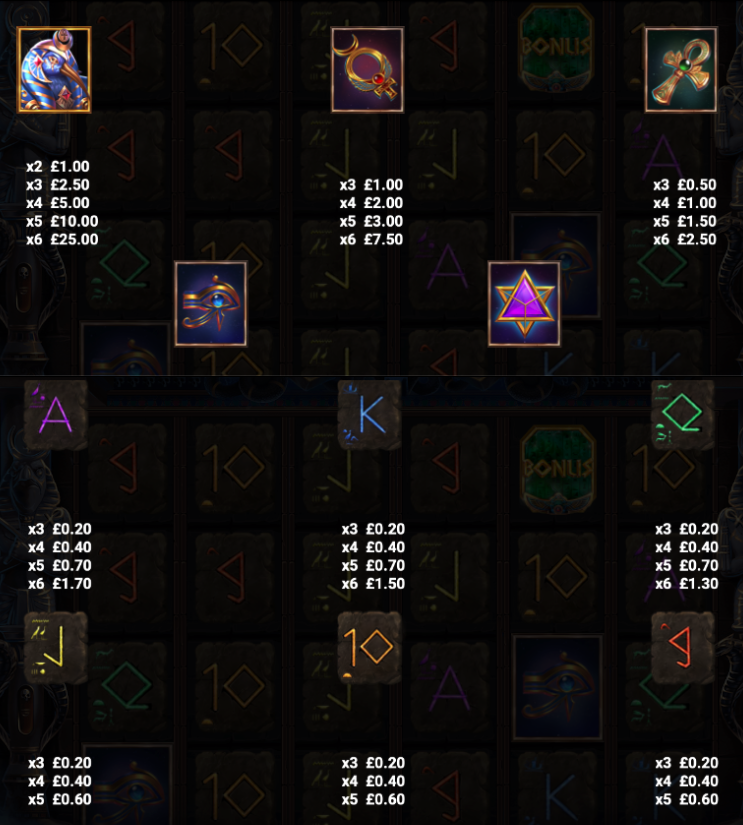 Thoth is the Egyptian god of magic and wisdom among other things and although he appears regularly as an extra character in online slot machines, Word of Thoth may be one of the first in which he takes centre stage. From £0.20 per spin this game tempts players with Egyptian-themed free spins and cascading symbols.

Word of Thoth is a six reel slot with four rows and 4096 ways to win; smoke billows around the the stone structure on which those reels spin while a dim full moon hangs in the sky above the temple forming the backdrop.

The theme-related symbols include Thoth, an ankh and the Eye of Ra while 9, 10, J, Q, K and A represent the lower values; a gold ‘W’ on a jade background is the wild symbol while the bonus is a golden ‘Bonus’ on green.

Word of Thoth uses cascading symbols which means that any symbols in a winning combination will disappear and be replaced by more falling in from above; each cascade in a single spin will fill up one space in the meter to the top left of the reels.

This feature is triggered by filling up the meter on a single spin or by landing at least three bonus symbols anywhere in view; you’ll receive ten free spins plus an extra two for each extra cascade occurring on that triggering spin.

Once the spins are underway you’ll receive more spins and multipliers for filling the meter again:

If you somehow manage to win nothing during this round then the spins will continue until you finally land a win.

In terms of design and appearance Word of Thoth is a really high quality slot and the gameplay isn’t bad either – what’s not to like about cascading reels and free spins enhanced with a win guarantee?

Word of Thoth is an Egyptian-themed video slot from Jade Rabbit Studio with six reels and 4096 ways to win.

The Return To Player percentage for Word of Thoth is 96.12%.

How To Win On Word of Thoth?

Where can I play Word of Thoth?