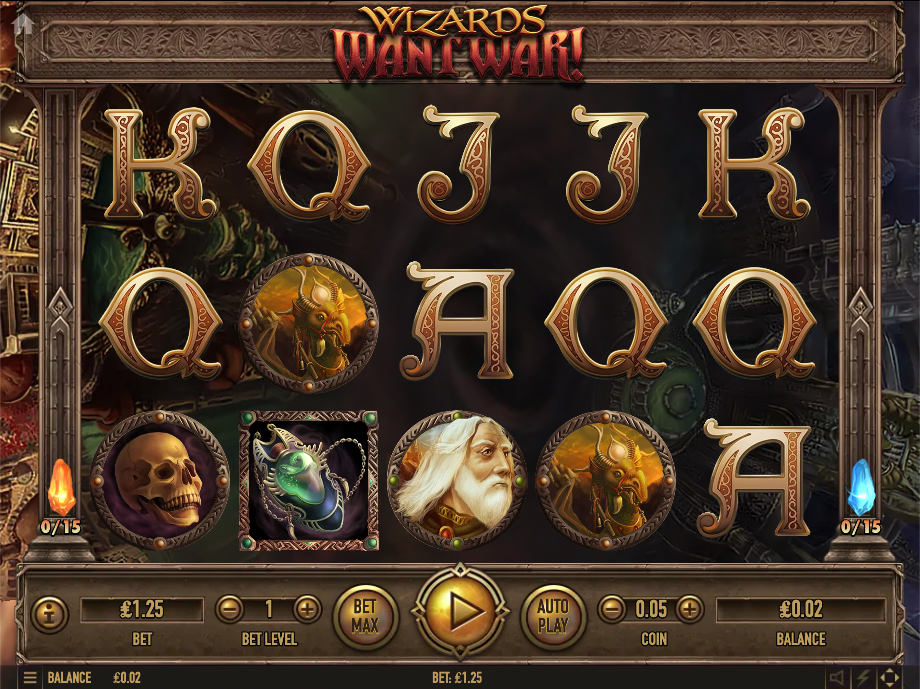 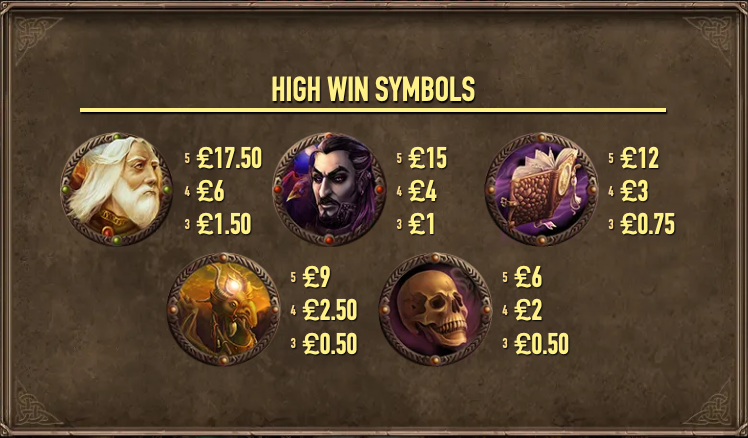 What do wizards want? War! When do they want it? Now! Or so it would appear because that’s the premise behind this fantasy themed online slot machine from Habanero Systems; it’s full tiel is Wizards Want War! and it comes with a battle feature which awards big wild wins.

The high value symbols include our two battling wizards, a apellbook, some sort of dragon creature and a skull; J, Q, K and A make up the lower values.

The wild is a big, golden ‘Wild’ which will substitute for standard symbols to help create winning matches. The green and blue objects which appear on reels two and four respectively are the bonus symbols.

Landing the green and blue things on reels two and four will reward you with ten free spins and your first task is to select one of the two wizards to be your man; this is a pretty standard free spins round but a duel is guaranteed occur and this is where the wild wins happen.

A duel can occur at any time in the base game by landing wizards on reels one and five and it will definitely happen during the free spins round; the wizards will aim fireballs at each other and the first one to hit three times (or once in the free spins) is the winner. The grey haired wizard will award a multiplier of 3x and the dark haired one 2x.

A wheel will now spin and reveal a pattern of wild symbols which will added to the reels after which the payout will be made; winning a duel will increment the orange and blue metres either side of the reels and once one reaches the top, the next spin will be a multiplier spin.

Wizards Want War! is an inventive but not-too-complex slot which offers some clever gameplay, high quality graphics and an always-popular battle feature – don’t miss it!