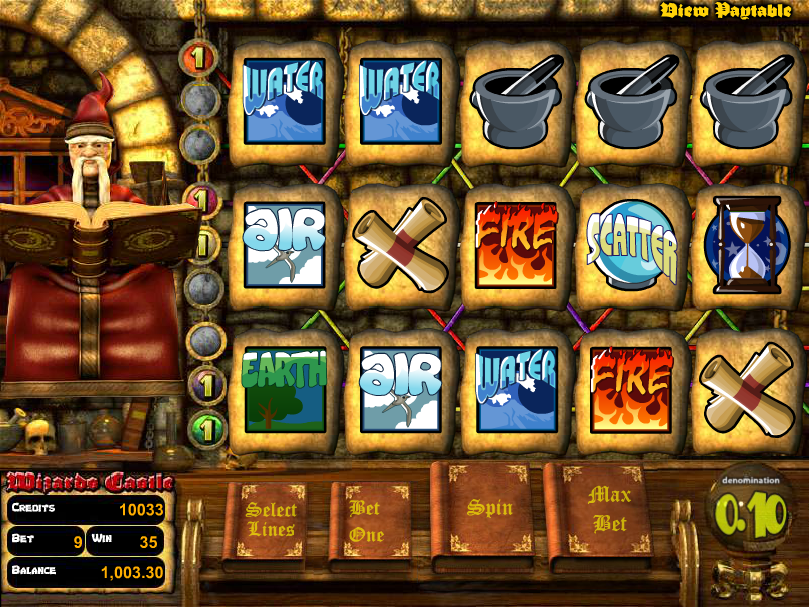 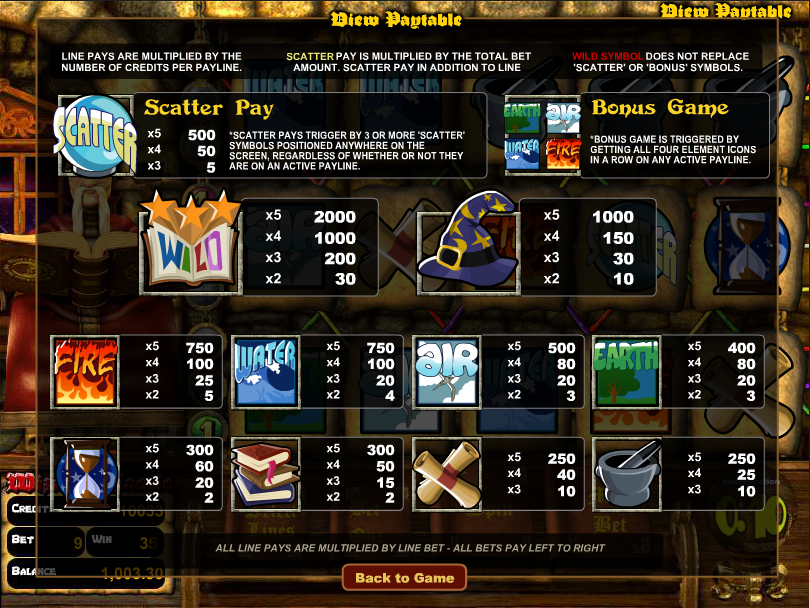 Somewhere in some romantic landscape there’s a large castle and in that castle lives a wizard; he has a gigantic spell book and he floats up and down while reading it. He’s the subject of this online slot from Betsoft Gaming and it’s called Wizard’s Castle; you can read all the essential details below.

Wizard’s Castle is a five reel slot with three rows and up to nine paylines; the reels are actually comprised of individual stone tablets which spin to reveal the symbols displayed. Our floating wizard bobs up and down like a duck on the waves to the left of those reels while concentrating on that enormous book of spells he’s holding.

The symbols are all related to the theme and include the wizard’s hat, symbols for fire, air, earth and water, an hourglass, a stack of books, some scrolls and a pestle and mortar.

The wild symbol is an open spell book topped by stars and it will replace all others except the scatter and bonus symbols. The scatter pays out for three or more anywhere in view.

There’s just the one bonus game and it’s a picking game triggered by landing all four of the element symbols (earth, air, fire and water) in a row on an active payline.

You will now be faced with six scrolls and all you have to do is pick one to determine a prize award. When that’s done you’ll be returned to the base game.

That’s all there is to Wizard’s Castle – it’s a relatively simple game with some idiosyncratic graphics and animations but it’s quite good fun to play.