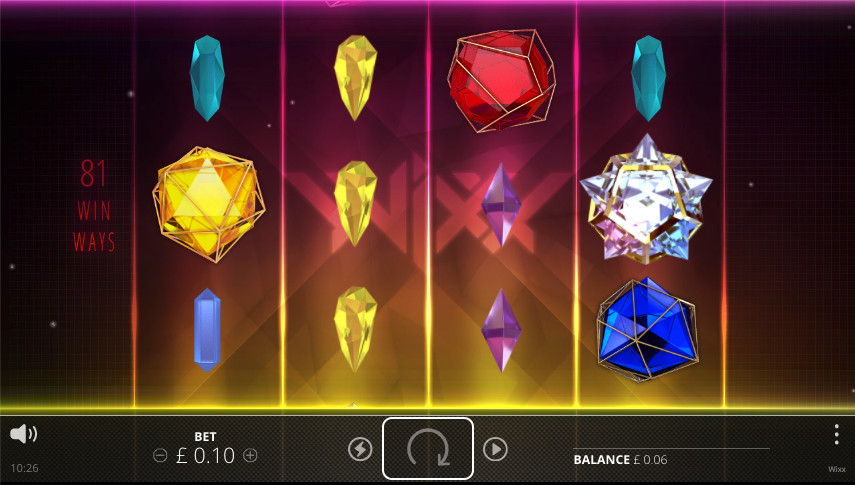 If enough of those big wins hit then maybe we’ll be able to afford some sparkly gems one day but until then we’ll happily make do with online slot machines such as Wixx – it’s all about expensive rocks, it’s developed by Nolimit City and it comes with plenty of jewel-themed bonus features.

Wixx is a four reel slot with three rows and eighty one fixed paylines; there’s a classy, understated design to this game in which the symbols float against a dark backdrop with just the Wixx logo illuminated in pink and yellow light.

The three high value symbols include the red ruby, the yellow topaz and the blue sapphire while the yellow, purple, green and blue shards make up the lower values.

The diamond is wild and it will substitute for all other standard symbols to help form winning matches.

All the bonus features in Wixx ae based on landing four of a particular gem on a payline or two groups of four different gems – the following bonuses respins will then be awarded:

Wixx is a very clever slot with some top notch graphics and some sophisticated gameplay which often results in four gems matching up on a payline for one of the mini-features described above – we liked it!