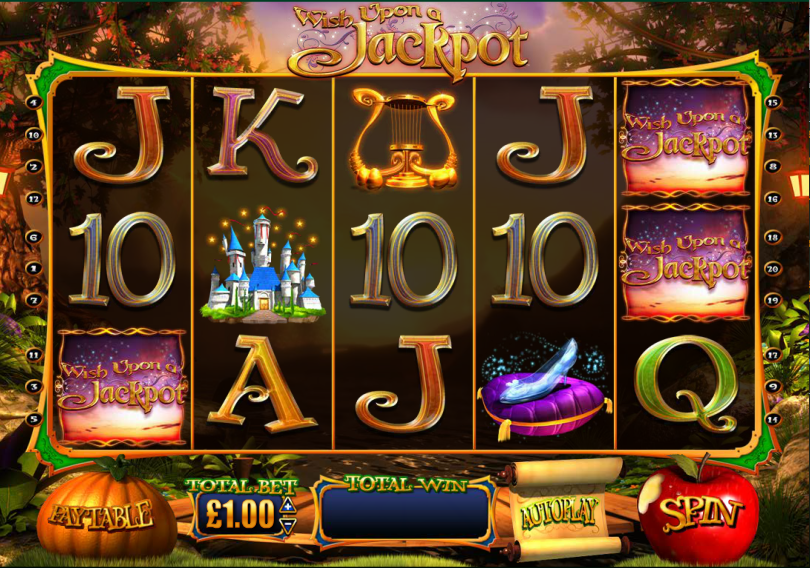 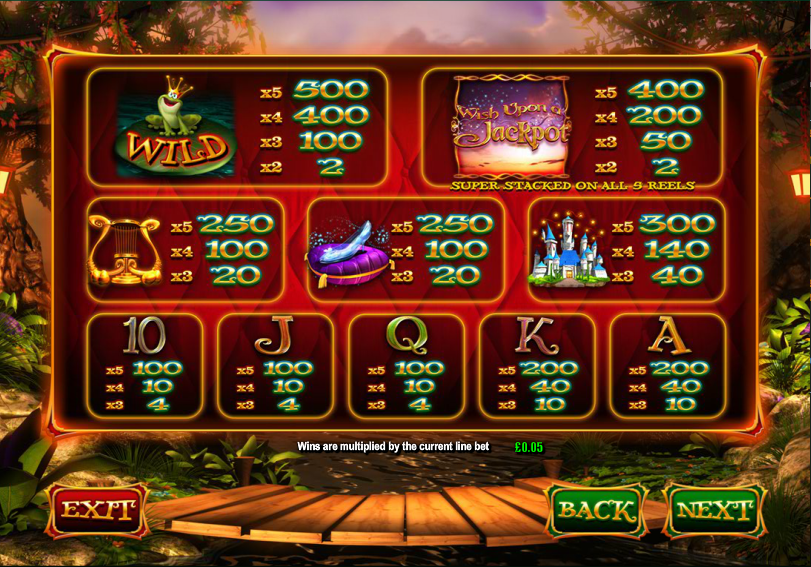 We’ve reviewed plenty of online slots based on fairytales in the past but this release from Blueprint Gaming packs several different stories into one game. It’s called Wish Upon A Jackpot and as well as including references to Pinocchio, Puss In Boots and the Fairy Godmother, it features loads of bonus features.

Wish Upon A Jackpot is a five reel slot with three rows and twenty fixed paylines; it looks great and this fantasy land contains gold-rimmed reels against a backdrop of a magical forest.

The are four high value symbols – the game’s logo, a golden harp, Cinderella’s shoe and a castle – with the remainder made up by 10, J, Q, K and A.

The frog on the lily pad is wild and the Fairytale story book is the scatter symbol which activates one of the features.

This is triggered by landing three of the book scatter symbol anywhere on reels one, three and five and you need to pick one of those symbols to determine your feature:

This is a randomly awarded bonus in which three orbs will appear on the screen; pick one and receive one of the following:

Anyone who likes bonus features will clearly be delighted to spin the reels on Wish Upon A Jackpot; it features some nice graphics and animations and some appropriate sound effects. The only negative is a slightly low RTP which ranges from 92.46% – 95.26%.