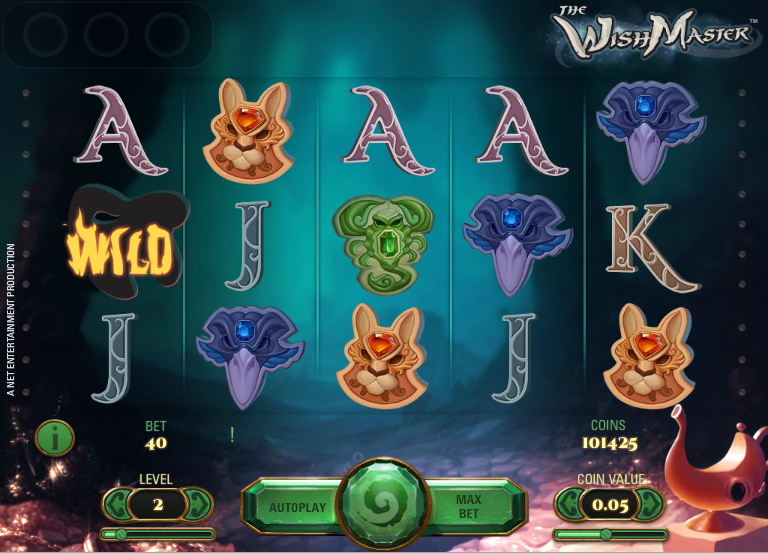 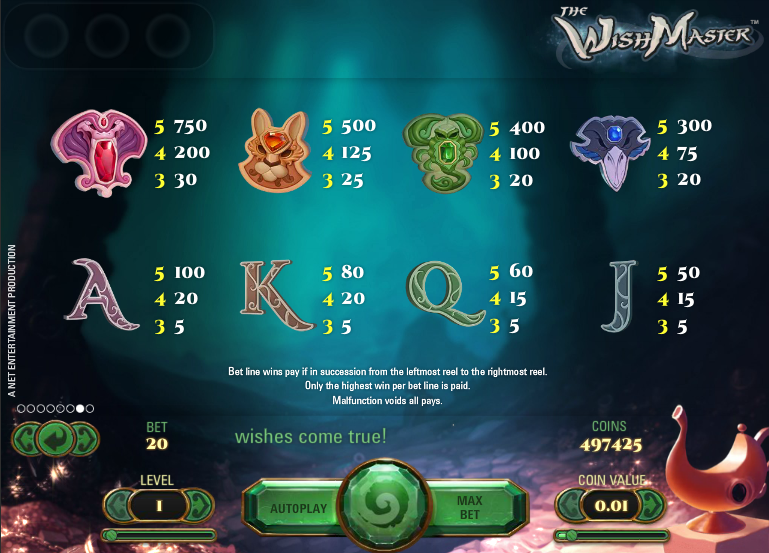 The Wish Master is a brand new online slot of which we first caught a glimpse a little while ago; it’s from Net Entertainment and it’s theme is based on the legends and tales of Arabia. We know this not just because of the gleaming magic lamp in the bottom right hand corner of the screen but also because of the appropriately mysterious background music.

The Wish Master has five reels and twenty fixed paylines and all the action takes place in a faintly-lit cave, presumably the location of that polished magic lamp. There are just eight basic symbols – J, Q, K and A and then four stylised animal masks, each containing a matching coloured gem.

The scatter symbol is that aforementioned magical lamp and the wild is a flaming ‘Wild’ symbol on a black background.

The Wish Master has one big bonus game and it’s triggered by landing just one of those lamp scatter symbols anywhere on the reels. You will now receive ten free spins with one randomly selected feature to help you out:

Landing another scatter symbol will add another five spins to the total and also add one more feature. You can have a maximum of three feature active at any one point and you can see which ones are active above the reels.

The fixed paylines mean there’s not much to offer here in the way of advice and there’s no other player interactivity. We would suggest keeping the atmospheric soundtrack turned on though for the whole Arabian experience.

As usual with Net Entertainment, this looks great and the animations are superb – particularly the Wish Master himself when the feature is activated. There’s no reason not to check this game out so what are you waiting for?