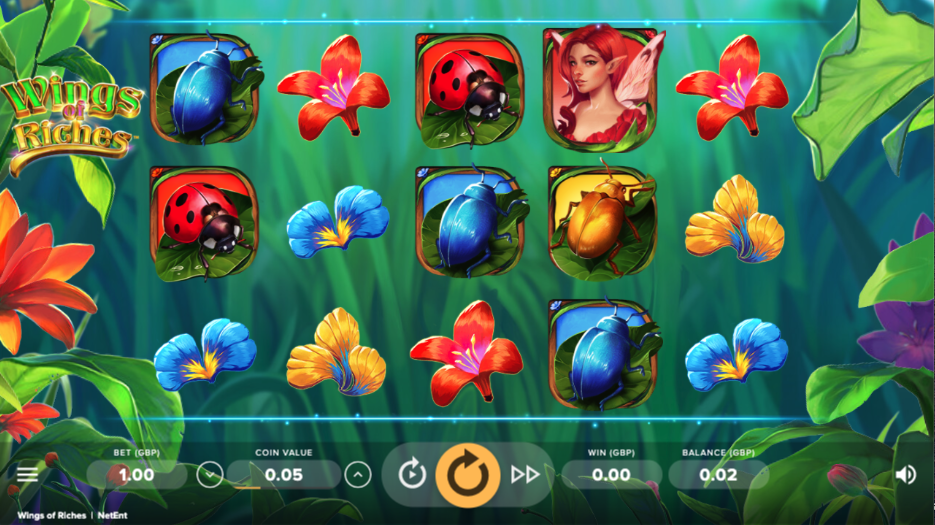 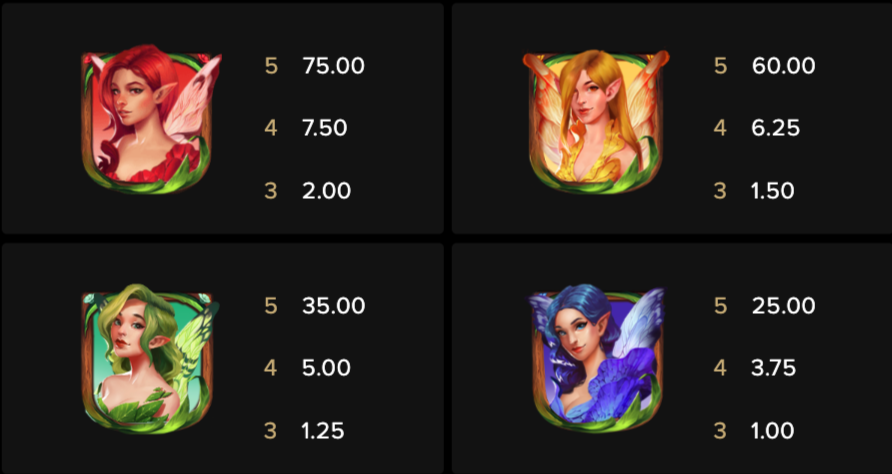 Fresh from the creative minds at Net Entertainment is this online slot machine with fairies at its heart; it’s called Wings of Riches and it offers players  fantasy-themed spreading wilds and free spins for those entering this enchanted forest.

Wings of Riches is a five reel slot with three rows and twenty fixed paylines; the transparent reels float in front of  a colourful and verdant forest which nature’s sounds and gentle music as a gameplay accompaniment.

The dandelion is wild, it appears on reels two, three and four and it will substitute for all standard symbols to help form winning matches – its accompanying bonsu feature is described below.  The purple dragonfly is the scatter symbol.

Any wild which lands on the reels in the base game will copy itself to two, three or four adjacent symbols to help you out with some potential wins.

Landing three, four or five of the dragonfly scatter symbols anywhere in view will award ten free spins initially although landing two or three scatters during the spins will award an extra five or ten.

During this round the wild dandelion is guaranteed to land on the reels at least once on each spin and in addition there’s a multiplier symbol which can land on reel five and which will increase the win multiplier by 1x up to a maximum of 5x.

When it all seems to be getting a bit hectic in the real world just close the curtains and fire up a slot such as Wings if Riches – its music and gameplay will calm your nerves while any excitement will only be generated by those potentially big wins in the free spins and spreading wilds.