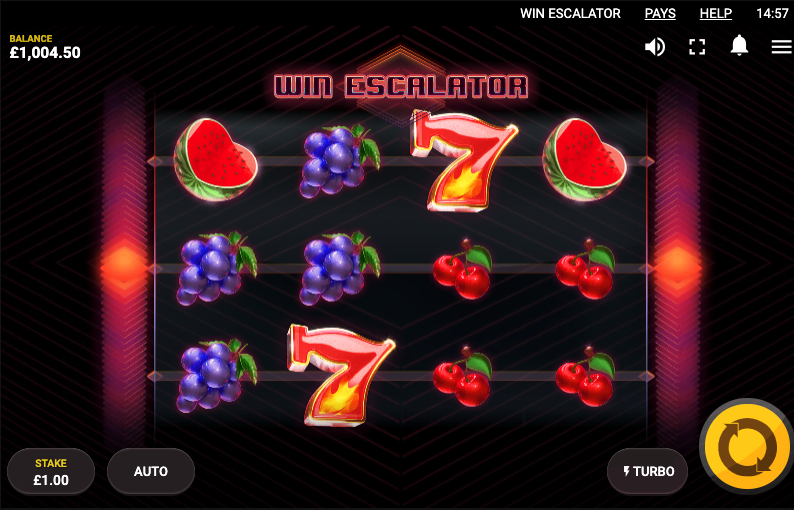 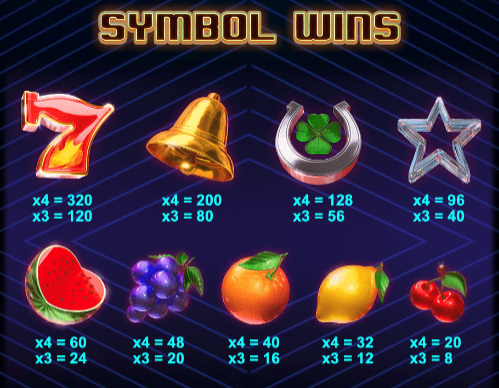 Fruit may be the basis of a healthy diet but but it’s also the raison d’etre for many an online slot machine; Win Escalator is just one such example, it’s developed by Red Tiger Gaming and it offers players locking wilds, expanding reels and free spins.

Win Escalator is a four reel slot with three rows and just three paylines; an effective and sophisticated design sees bright fruity symbols stand out against a dark background with a funky soundtrack to keep things ticking along.

In fact there are other symbols apart from fruit and these are the fiery red seven, the golden bell, the horseshoe/clover combo and the silver star.

The huge, sparkling diamond is wild and it will replace all other standard symbols to help form winning combinations; the bonus symbol is the Free Spins symbol.

This is really the game’s main feature an it occurs each time a wild symbol lands in view – that wild will remain on the reels and move down one position with each subsequent spin until it drops off the bottom. You’ll often see several wild symbols on the reels at any one time.

This is triggered by landing at least three of the Free Spins bonus symbols anywhere in view for which you will receive an initial ten free spins; a special symbol now appears on the reels which will expand the reel set by one row up to a maximum of eight times – each wild symbol revealed in an expansion will award one extra free spins.

There was a time when we felt Red Tiger slots were a little ‘samey’ but recent releases have been very creative and introduced elements we’ve not seen before; Win Escalator is good example of that with a wild feature which triggers almost constantly and a clever free spins round – good stuff!