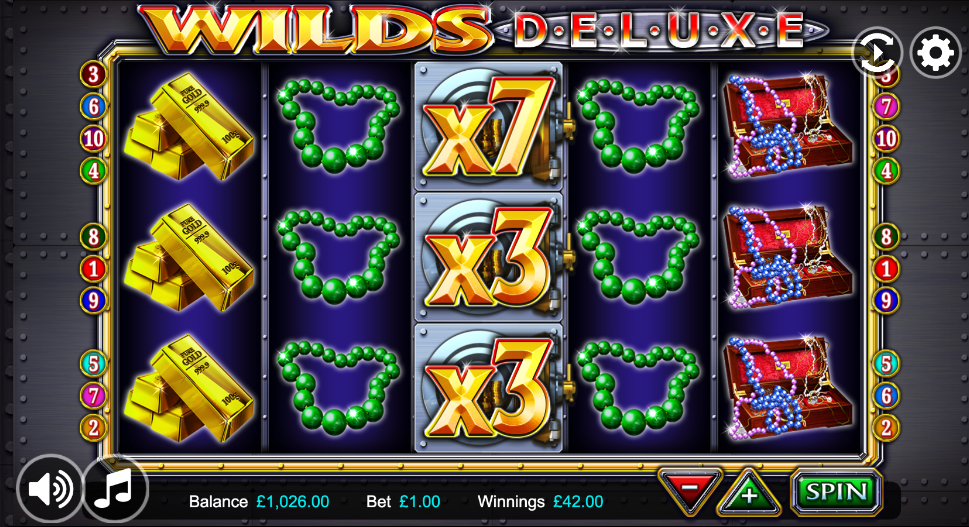 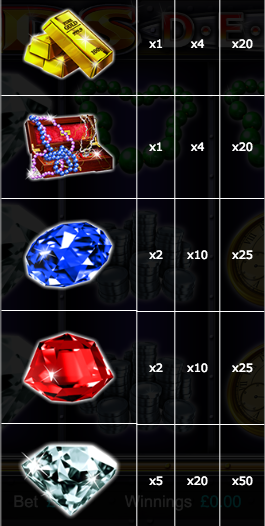 Some online slot machines offer us a tantalising glimpse of the sort of life which could await us if only we could hit a few more big wins; Wilds Deluxe belongs to that club of what we like to call ‘luxury’ slots; it’s developed by betdigital and it’s basic gameplay is enhanced by a multipurpose wild symbol.

Wilds Deluxe is a five reel slot with three rows and ten fixed paylines; there’s a solid, metallic feel to the design of this game and those reels spin within a gold frame which sits against the riveted grey surface of a vault.

All the symbols are related to the theme and include clear diamonds, red rubies, blue opals, a box of expensive jewellery, a stack of gold bars, a pile of silver coins, a jade green necklace and a gold pocket watch. Wins can be formed in Wilds Deluxe as long as there are three in a row anywhere on the reels – left to right, right to left or on the middle three reels.

The vault is the wild and it will substitute for all others to help form winning combinations; it also has a purpose during the feature and this is explained below.

Landing the wild on reel three will trigger this extra feature and it works as follows:

Wilds Deluxe is a fairly basic slot in terms of gameplay but it’s entertaining nonetheless with its colourful graphics, luxurious theme and those wilds which land regularly on the middle reel; it comes with an RTP of 96.00%.