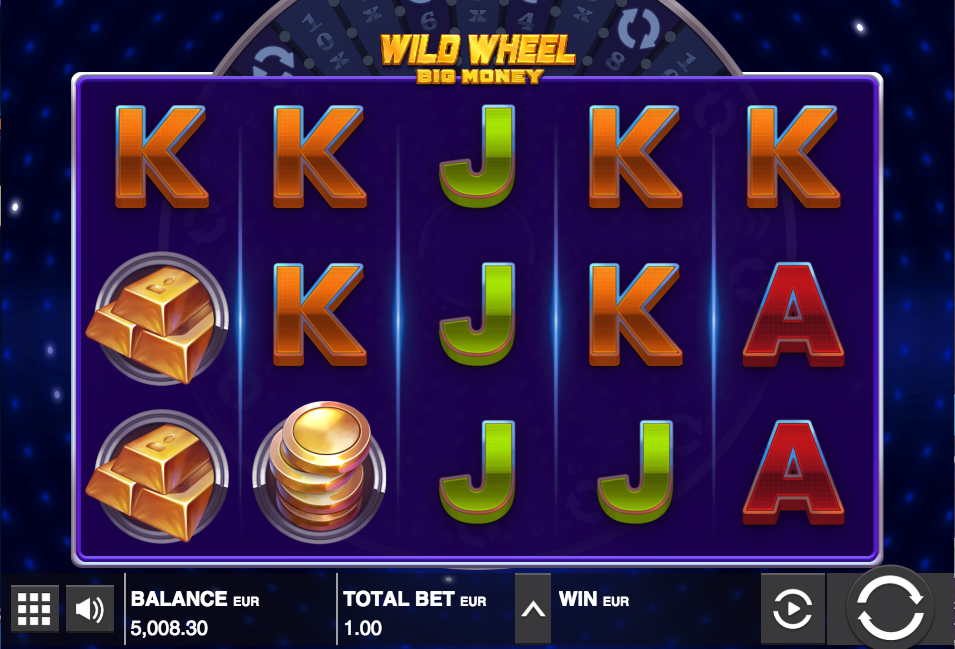 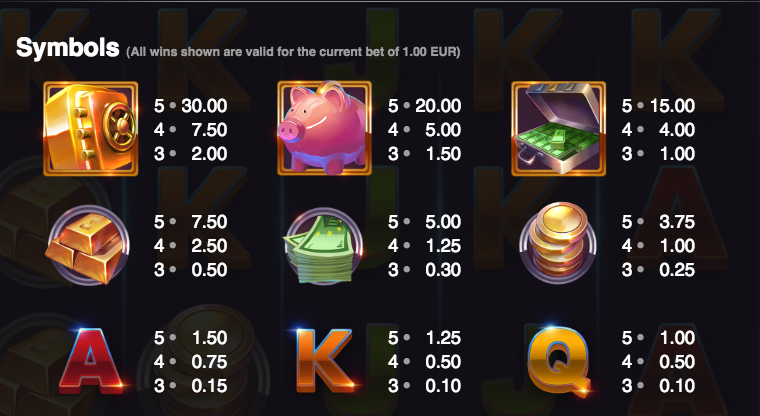 With most online slot machines cash is a secondary theme to whatever story is playing out on the reels but in the case of Wild Wheel it’s front and centre as the reason to play this game; it’s developed by Push Gaming and it comes with a clever bonus feature.

Wild Wheel is a five reel slot with three rows and twenty fixed paylines; the design of the game is fairly basic but the colourful reels spin against a backdrop of twinkling lights reminiscent of a television studio.

There are six theme-related symbols including a golden safe, a piggy bank, a suitcase full of cash, some gold bars, a pile of banknotes and a stack of coins; J, Q, K and A make up the lower values.

The wild symbol appears on reels two, three and four and when all three appear together they will form a 3×3 wild; a wild in one position is all that is needed to replace other symbols to form winning combos in the usual way though.

If one or two parts of a wild symbol appear on the reels, those reels will nudge upwards or downwards to create the possibility of new winning combos.

This is triggered by landing the 3×3 wild completely in view on reels two, three and four; the wheel will now spin to determine which of the following features are awarded:

Landing on Instant Win or Free Spins will also offer the option to discard that one and have another spin. It’s not as hard as it might seem to trigger this feature because the Nudging Wilds help out.

There’s a lot to like about Wild Wheel and it’s designed to the same high standard as other Push Gaming slots; the Nudging Wilds help out regularly and the Wild Wheel is a creative feature. This game comes with an RTP of 96.98%.