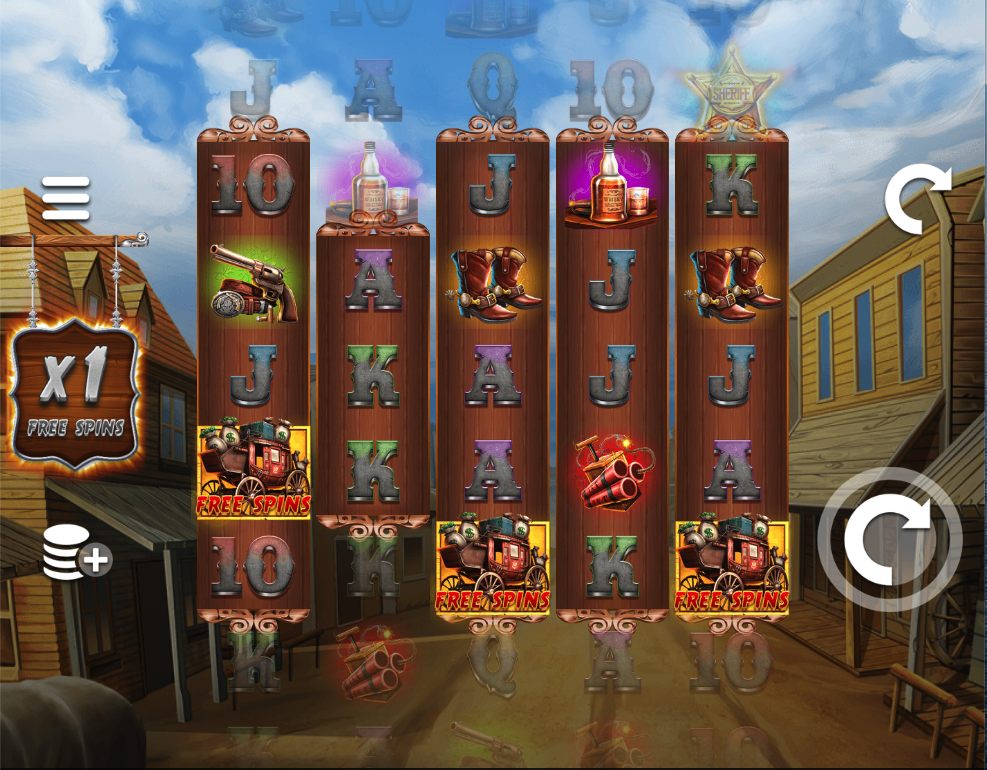 It’s time to take a trip back to the dusty towns and wooden buildings of the Old West as we try out Wild West Zone, this online slot from Leander Games with several bonus features and an interesting payline structure which can generate more than one hundred thousand ways to win.

Wild West Zone is a five reel slot with a varying number of rows and an initial 243 ways to win although the ‘Dynamic Ways’ feature means that reels can vary in size on each spin resulting in a potential 3125 ways to win in the base game; those reels float above the sun-baked main street of this small town where the locals seem to have hidden indoors.

The five high value symbols are the sheriff’s star, the sticks of dynamite, the revolver, the alcohol and the boots; 10, J, Q, K and A make up the lower values. The cowboy is wild and he’ll replace all other symbols except for the Free Spins icon to help form winning combos.

Something For Nothing Multiplier

This is triggered by landing two of the Free Spins symbols anywhere on reels one and three and this increases the win multiplier for any wins in the actual free spins by 1x. After the free spins round it reverts to 1x again.

Trigger this by landing three of the Free Spins symbols anywhere on reels one, three and five to earn eight free spins plus the multiplier gathered from the Something For Nothing feature; there are six reels in play here and the reels increase to a possible seven rows to give a potential 117,649 paylines. In addition each non-winning spin will increase the win multiplier by 1x.

The other features can be activated during this round and eight more spins can be won by landing three Free Spins symbols on reels two, four and six.