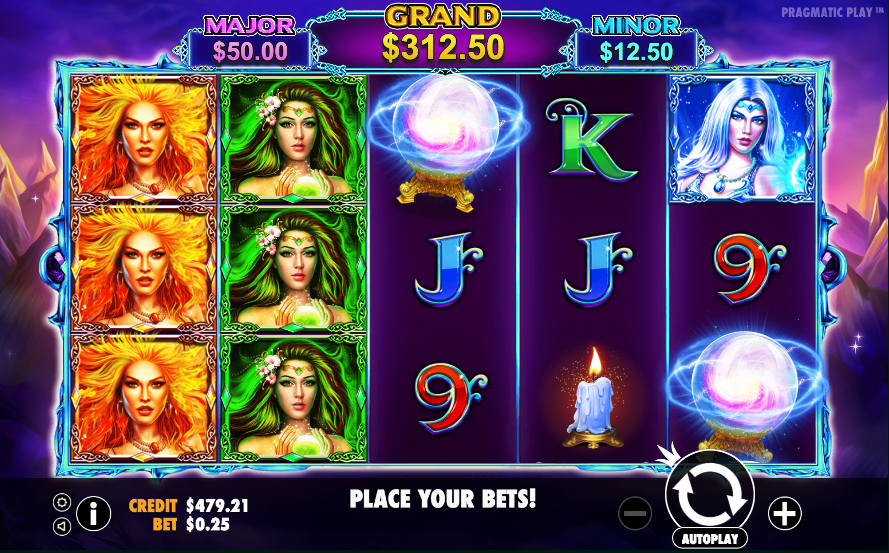 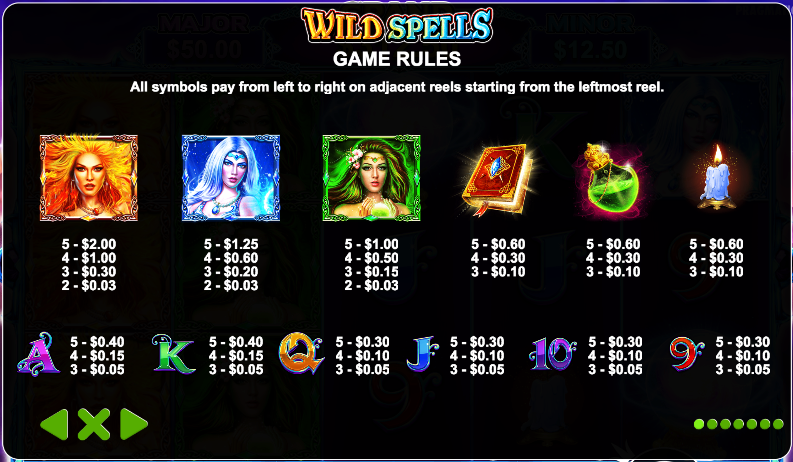 Our traditional portrayal of witches has tended to favour a hook-nosed old crone stirring some mess in a cauldron but clearly we’ve been wrong all along; Wild Spells is an online slot which features a number of far more attractive practitioners of the dark arts, it’s developed by Pragmatic Play and you can read all about it here.

Wild Spells is a five reel slot with three rows and twenty five fixed paylines; a delicate blue frame outlines those reels while the backdrop features a sprawling mountain range illuminated by the setting sun.

The three witches from this story are the highest value symbols and we can differentiate them by colour – orange, blue and green; there’s also a spellbook, a vial of green stuff, a candle and then the standard 9, 10, J, Q, K and A. The witch symbols (and the wild) can appear stacked up to three high on the reels.

The black cat is wild and it will replace all others to form winning combinations except for the crystal ball scatter symbol.

This is triggered by landing three or more of the crystal ball scatter symbols anywhere in view and you’ll now get a choice of three free spins options:

More spins can be won by landing three scatters on reels one, three and five during this round.

One of the three progressive jackpot prizes are awarded randomly if you can land three full stacks of witches starting from the left hand side.

Wild Spells is a a very playable slot with some sparky graphics, an appropriate soundtrack and a progressive jackpot to aim for; it comes with an RTP of 96.40% and a free spins round which lets you select your favourite option.