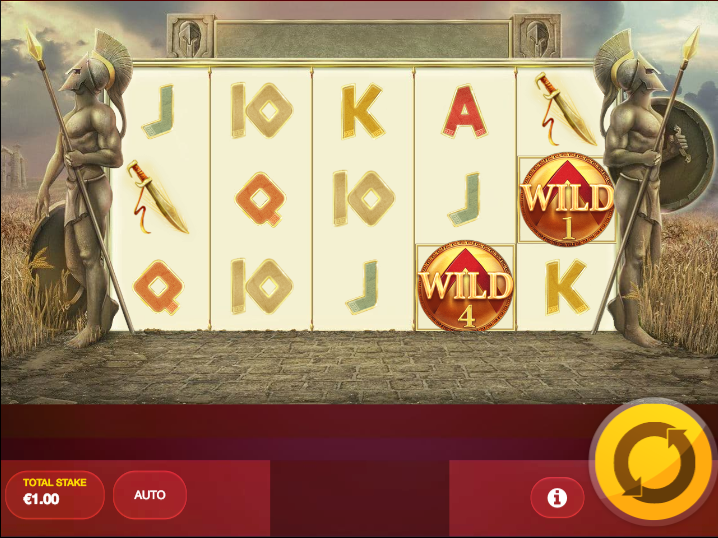 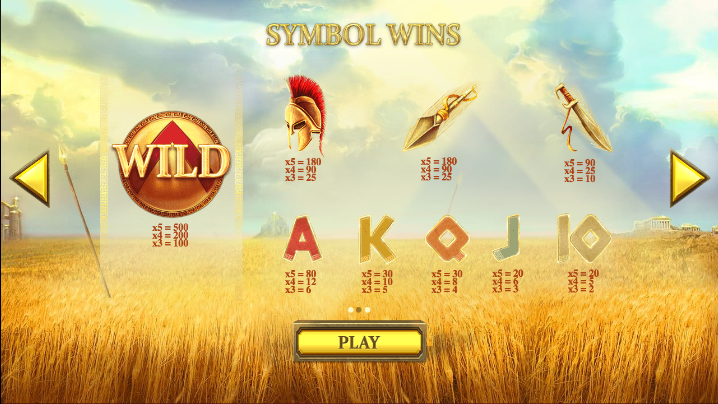 The Battle of Thermopylae during which 300 Spartans held off a vast army of invading Persians has cemented the reputation of these Ancient Greeks throughout history and they would surely be delighted to know that their efforts has made them the theme of an online slot machine some 2500 years later; it’s called Wild Spartans, it’s developed by Red Tiger and you can find out how it works right here.

Wild Spartans is a five reel slot with three rows and ten fixed paylines; Spartan statues stand on either side of the stone reels which overlook the fertile Greek plains in the background.

The three high value symbols are the Spartan helmet, a spear and a sword while 10, J, Q, K and A represent the lower values.

A Spartan shield is the wild and it will replace all others in a winning combo except for the Free Spins icon.

During the base game the wild symbols offer an extra feature and they will lock in place for a certain number of spins each time they land; this can lead to some big wins if several wilds appear on the reels at the same time.

This is triggered by landing three or more of the Free Spins bonus symbols anywhere in view; the statues by the reels will now tap their spears on the ground and each tap will award a free spins. We received ten spins but it’s difficult to say what the minimum or maximum is – perhaps it’s always ten.

During this round any wild symbols landing will remain in place until the spins end and more can be won by landing three more bonus symbols.

Wild Spartans is a neat, attractive slot with an exciting theme and an enticing atmosphere; winning money seems easy with the locked wilds although we may have been lucky. It’s good stuff though and comes with an RTP of 96.43%.