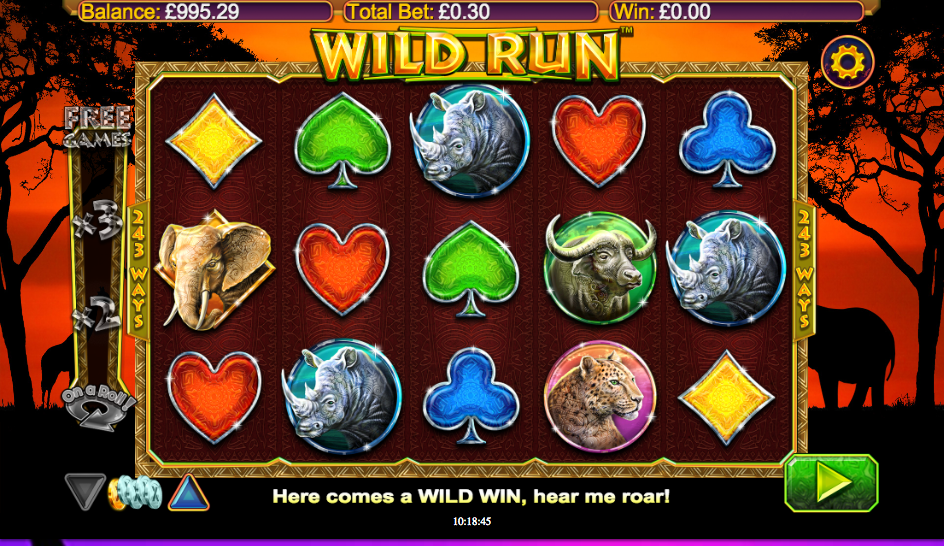 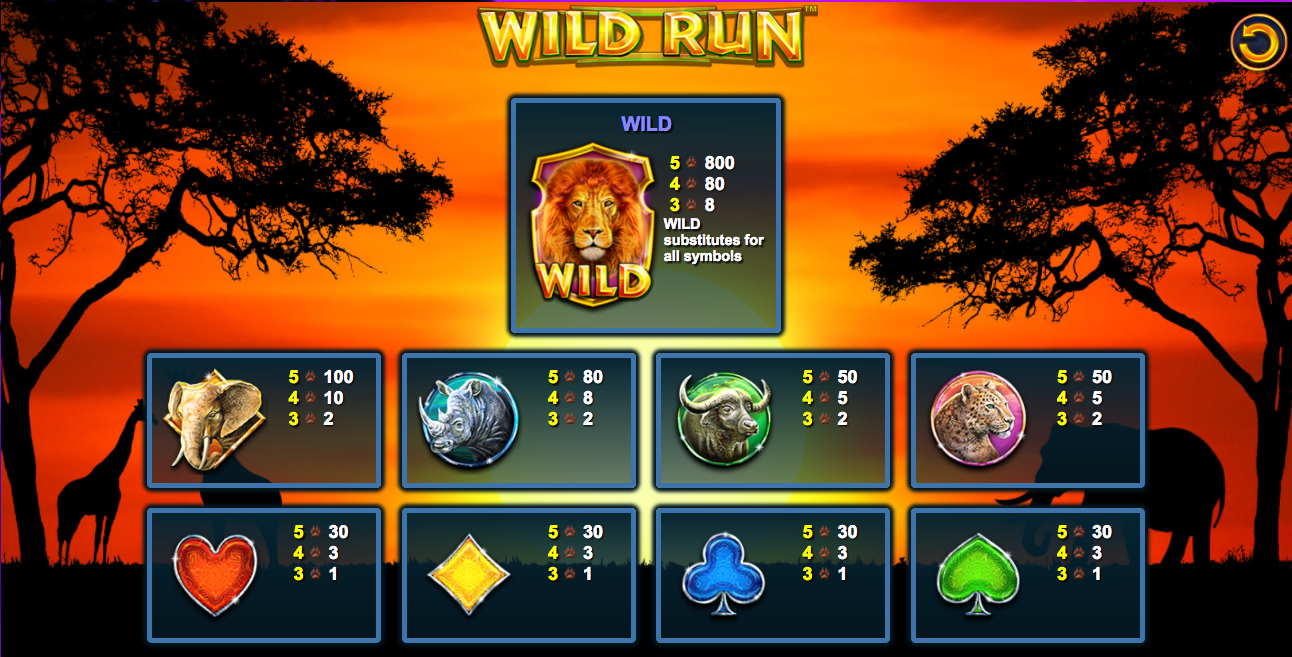 The wild animals of the Serengeti are by now completely familiar with being the subject of online slot machines so it’s good news all round that we have one more here to add to the list; it’s developed by Nextgen Gaming, it’s called Wild Run and you can find out how it works below.

Wild Run is a five reel slot with three rows and 243 ways to win meaning that there’s no payline structure and that wins can be formed as long as there are matching symbols in adjacent rows starting from the left hand side. Silhouetted animals roam in the background behind the reels which are framed with a tribal design.

Four animals represent the higher value symbols and they are the elephant, the rhino, the buffalo and the tiger; red, yellow, blue and green playing card symbols make up the lower values.

The wild symbol is the golden-maned lion and he substitutes for all other symbols to help form matching combos.

The gameplay in Wild Run all revolves around this neat feature and it involves the small meter to the left of the reels; a win will move the level of the meter up to 2x and you’ll receive a free spin. A subsequent win will move you up to 3x and you’ll get another free spins; a third win will trigger the free spins round.

On the first respin there’s also a win multiplier of 2x and the second win has a 3x multiplier plus more wilds; a non-winning spin will drop you down one place on the meter.

This is triggered by spinning three wins in a row and reaching the top of the meter; you will now receive unlimited free spins until you land four non-winning spins but there are five extra wilds on this set of reels and a win multiplier of 5x.

Wild Run comes with an ingenious bonus feature which gives this slot some extra playability to add to the safari theme and intricate graphics; it gets the thumbs up from us and is highly recommended.