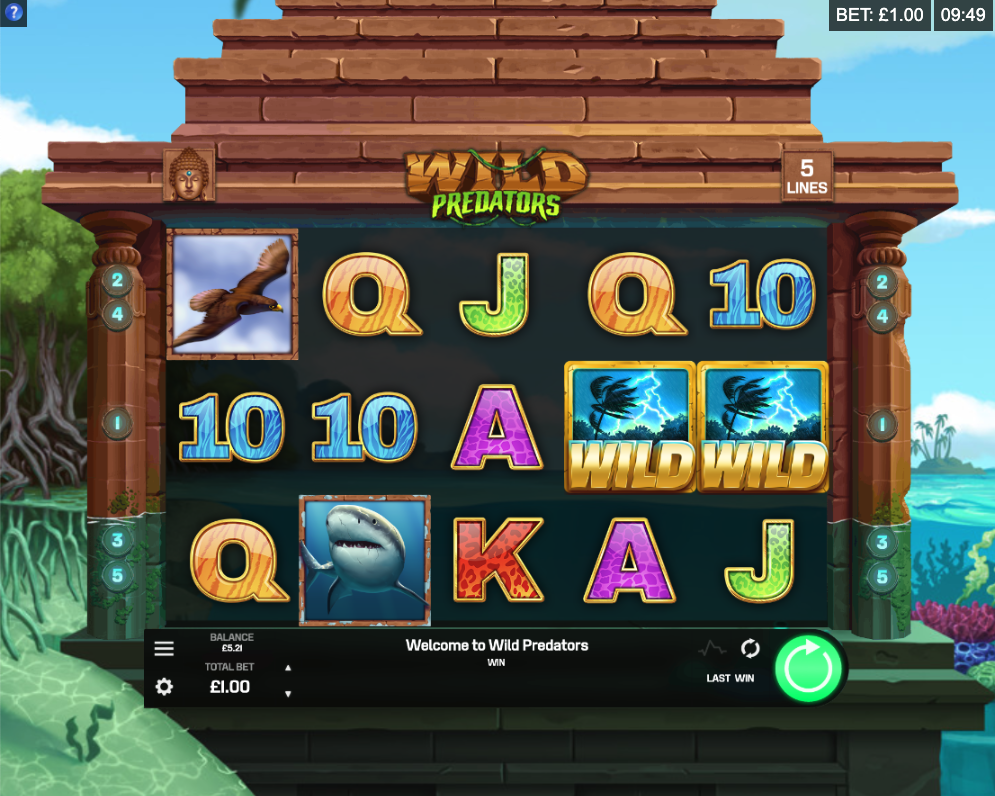 An online slot machine dedicated to a range of animals which can kill you sounds like a winner so let us introduce you to Wild Predators, a game developed by Golden Rock Studios which comes with a clever free spins round and an Asian influence.

Wild Predators is a five reel slot with three rows and just five fixed paylines; the setting for the gameplay is some tropical archipelago and the reels spin within a temple structure built into one of the mangrove islands.

The five higher value symbols are of course the predators of the title and include the tiger, the panther, the shark, the crocodile and the eagle; 10, J, Q, K and A represent the lower values. The wild is a symbol showing some bad weather and it will appear on reels three, four and five, substituting for all others except for the Buddha scatter icon.

This is triggered a little differently because the free spins are activated each time a winning combo is formed which features one of the predators and a wild symbol; you’ll now receive five free spins and the triggering win amount is displayed on the screen. The scattered Buddha symbol only appears during these spins but each time it lands you’ll receive that win amount (which can be improved).

More spins can be triggered by landing another predator combo with a wild a symbol during this round.

Wild Predators is a good-looking slot with a clever bonus feature which triggers with a pleasing regularity – we’re not sure how close all these animals would be to each other in real life but who cares when there are big wins on the line.