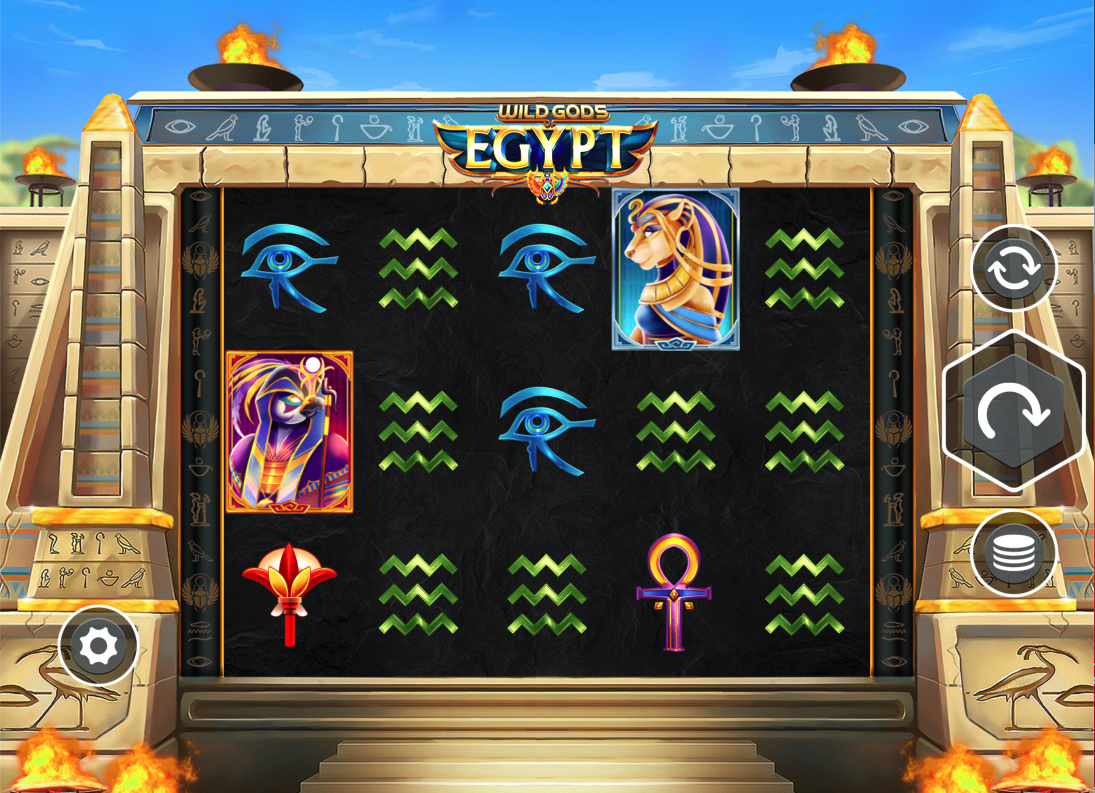 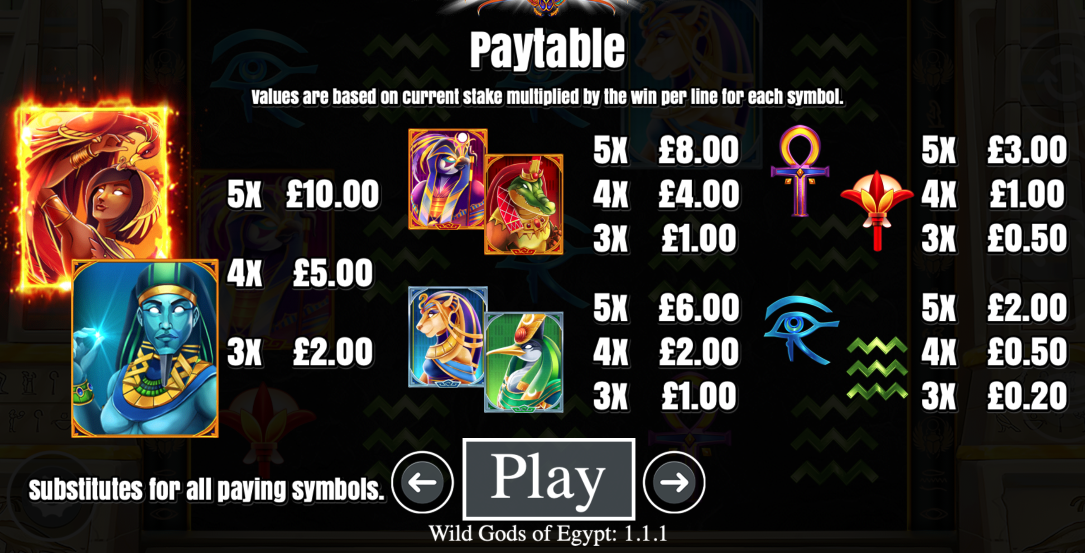 The blue skies, complex hieroglyphics and architectural wonders of Ancient Egypt are the setting for this online slot from Live 5 Gaming; it’s called Wild Gods of Egypt and from just £0.10 per spin it gives players the chance to trigger two free spins modes and multiplier features.

Wild Gods of Egypt is a five reel slot with three reels and ten fixed paylines; we like the neat design of this game with hieroglyphics carved into many of the geometric surfaces and flames which look real enough to melt your keyboard.

The theme-related symbols include various Egyptian deities along with Eyes of Ra, Ankhs and stylised waves. The wild symbol is the scarab beetle and it has a part to play in one of the features described below; the special symbol is the golden scarab.

Whenever a wild symbol lands on the reels it will trigger the Flaming Wild Respins – the wild becomes a Flaming Wild and locks in place; more spins are awarded as long as more wilds land and lock. Wilds can land on other wilds to increase their multiplier value by 1x and these are the Multiplier Wilds.

Landing three, four or five of the golden scarab scatter symbols anywhere in view will award ten, twelve or fifteen free spins respectively and there are two modes available:

There’s a certain style we like about Live 5 slots and here the cartoon-style graphics combine well with the features to produce a very entertaining trip to Ancient Egypt; there’s planet of competition in this genre but Wild Gods of Egypt holds its own.