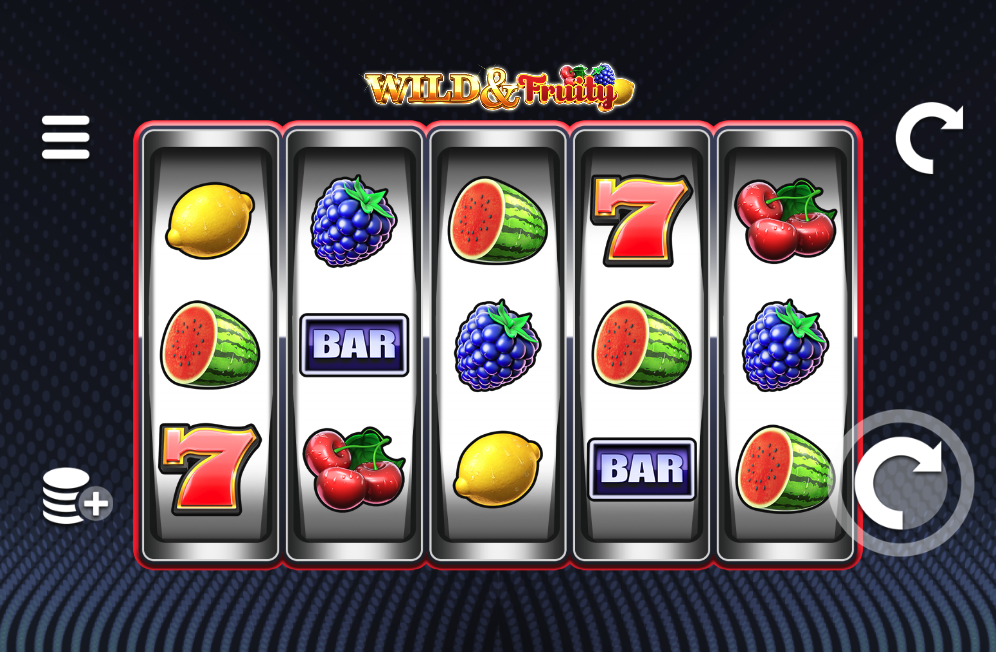 Wild & Fruity sounds like it could have been an alternative name for a Carry On film from the 1970s but instead it’s actually the title of this retro online slot from Leander Games; hiding behind the smart design is a wild respin feature which promises big wins for the luckier players.

Wild & Fruity is a five reel slot with three rows and twenty fixed paylines; a metallic, red-rimmed frame surrounds those reels which spin as a funky tune accompanies the gameplay.

Symbols are at a premium here and there are just six including the red sevens, bars, watermelons, blackberries, lemons and cherries; The Wild & Fruity logo is the wild symbol, it’s the most valuable at 1000x the staker for five on a payline and it’s also the key to the big feature described below.

There’s just one feature in Wild & Fruity and it’s this clever free spins round which is triggered every time a wild symbol lands on the reels; each wild symbol displays a number which is the amount of free spins which will now be awarded.

All wins can be gambled and you’ll get the chance to multiply your win by 2x or 4x by picking the correct colour or playing card suit.

Wild & Fruity offers a bit more than its initial looks might suggest and the Wild Free Spins are obviously the feature round which this slot revolves; the action keeps coming and there are some big wins if you can land multiple wilds at once.