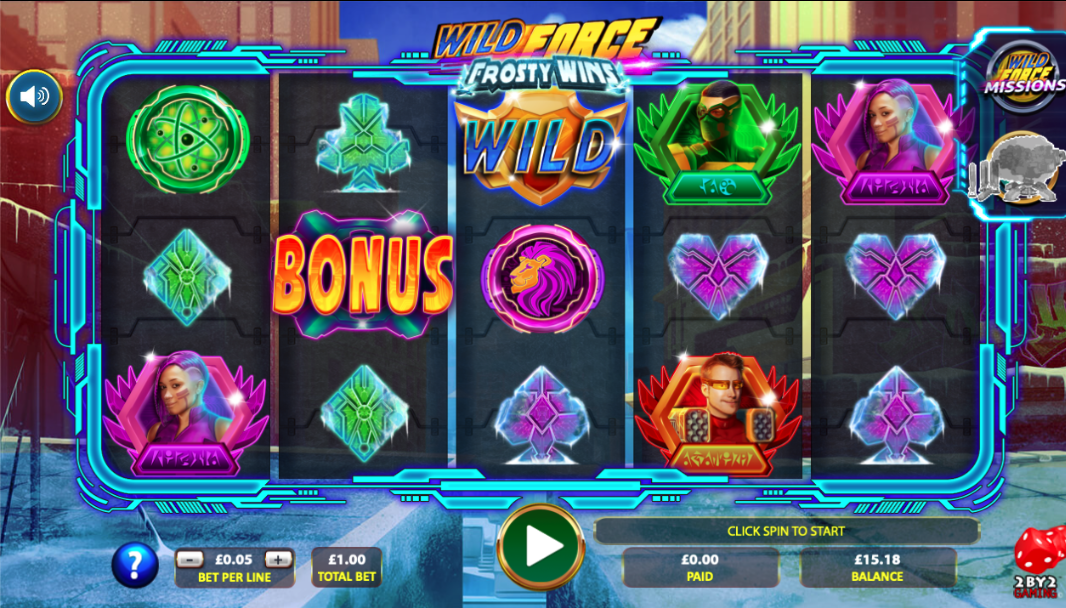 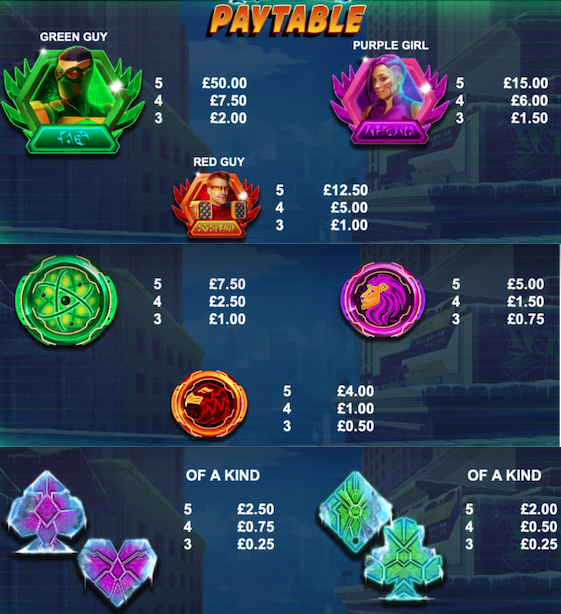 There seems to be plenty of superheroes around these days but of course we could always do with some more so let us introduce the Wild Force and their very own online slot subtitled Frosty Wins; It’s developed by 2By2 Gaming and from £0.20 per spin it tempts players with three base game features, free spins and a levelling-up opportunity.

Wild Force Frosty Wins is a five reel slot with three rows and twenty fixed paylines in the base game; a complex, hi-tech frame surrounds those reels which seem to be floating high above some city streets.

The high value symbols include the Green Guy, the Purple Girl and the Red Guy, the green orb, the lion mask and the eagle mask; icy playing card symbols represent the lower values. The golden shield is wild and the ‘Bonus’ is the special symbol

The following three features can be triggered at random on any spin:

This is triggered by landing three of the Bonus symbols anywhere on reels two, three and four and ten free spins will be awarded which can be retriggered in the same way once the round starts. You’ll now get to pick one of the three random features or a combo of all three and these will occur more often during the spins.

For a bit of extra interest in this slot there are three different levels to work through and progression is by completing an objective seven times in each level:

We don’t know how effective the Wild Force would be against Marvels’ Thanos but they put on a pretty entertaining show here with plenty of bonus features in and out of the base game; you won’t gain anything from levelling up except for a sense of loyalty and accomplishment.

Wild Force Frosty Wins is a superhero-themed video slot from 2By2 Gaming with five reels, three rows and twenty paylines.

The Return To Player percentage for Wild Force Frosty Wins is 96.02%.

How To Win On Wild Force Frosty Wins?

Where can I play Wild Force Frosty Wins?