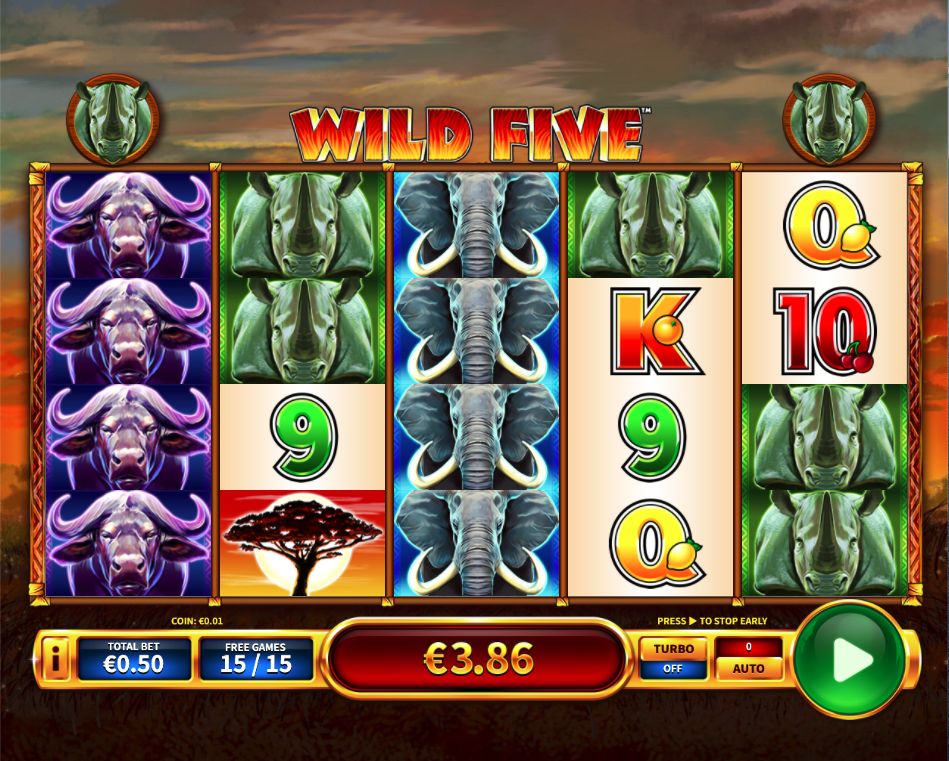 The wild animals of some African savannah are the theme of this online slot from Skywind in which the task is to collect creatures in a clever free spins round; it’s called Wild Five and its spins come with a price tag of £0.50 and £150.00.

Wild Five is a five reel slot with four rows and fifty fixed paylines; there’s a tribal design to those reels which float above the sun-baked vegetation and Baobab trees of this wild region.

The high value symbols are the ‘wild five’ of the title and they include lions, elephants, buffalo, rhinos and leopards; 9, 10, J, Q, K and A represent the lower values; the Baobab tree silhouetted against the setting sun is the scatter symbol.

This is where the fun starts and it’s activated by landing three of the the scattered Baobab trees anywhere on reels one, two and three; you’ll receive fifteen free spins and your task here is to collect animals in order to transform them into higher value ones:

Level Six is the only time you’ll see a wild symbol in this game but it’s the highest paying symbol and worth 1000x the line stake for five in a row. It’s not possible to trigger any more spins from within this round.

Wild Five is playable enough in the base game but the feature is where you really want to be with it’s level progression and big wins; this genre is a busy one indeed but Wild Five holds its own successfully.