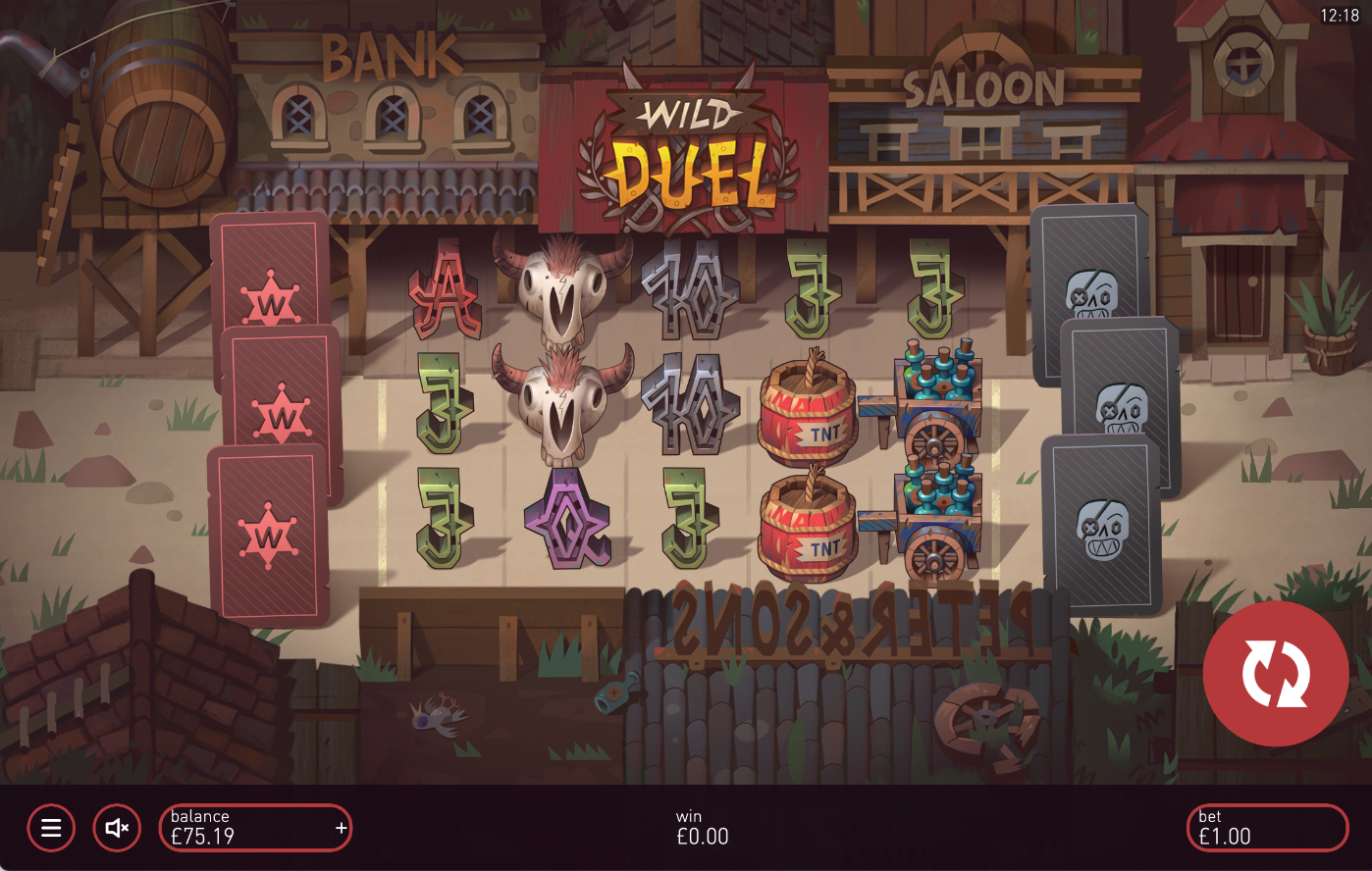 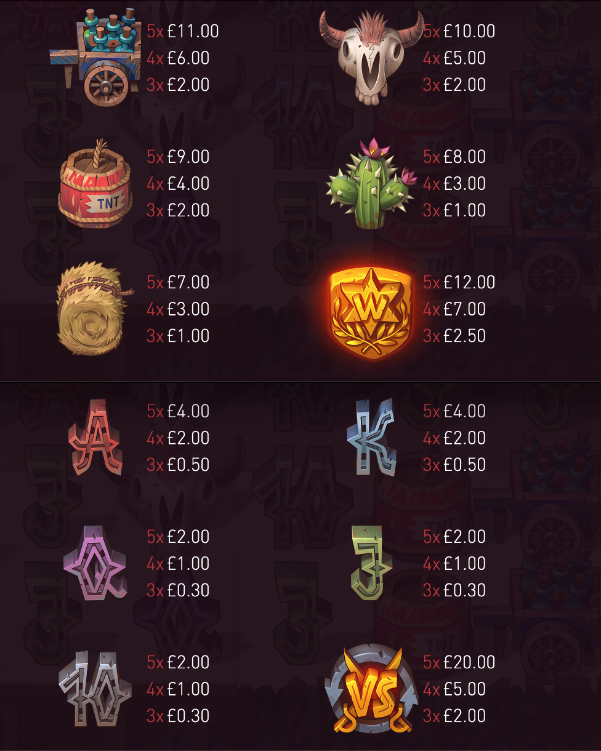 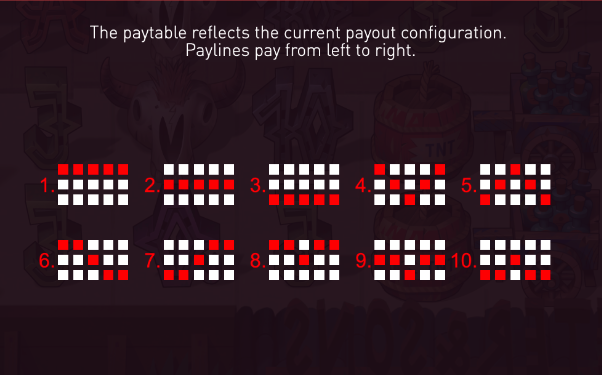 It’s a return to the Old West now as we try out this online slot machine from Peter & Sons which comes with the title of Wild Duel – there are two themed bonus features to aim for, each of which use the extra rows of cards either side of the reels to award multipliers and other prizes.

Wild Duel is a five reel slot with ten paylines and it’s a cleverly designed game in which we’re viewing those reels from above as they spin on the dusty road between the bank and saloon on one side and the rickety wooden buildings on the other. Odd details like the dead bird and the empty bottle on the roof are much appreciated.

The high value symbols include the cart full of bottles, the animal skull, the bomb, the cactus and the bale of hay; 10, J, mQ, K and A are the lower values while the gold star is wild and the ‘VS’ sign is the scatter.

Landing exactly two of the VS symbols anywhere in view will kick off the Wild Duel and award a respin with the cards one the right and left of the reel uncovered. The Outlaw reel on the right can award a win multiplier of between 1x and 10x while the Marshal reel on the left can reveal one of the following:

If an Outlaw and a Marshal land on the same row there’s a duel which will result in a winner – if the Marshal wins their respective feature will activate along with the win multiplier attached to the Outlaw. If the Marshal wins another spin takes place.

This is triggered by landing three of the scatter symbols anywhere in view and the prize is ten free spins with the Wild Duel feature available on every spin. Winning two or three duels will award one or two extra spins respectively.