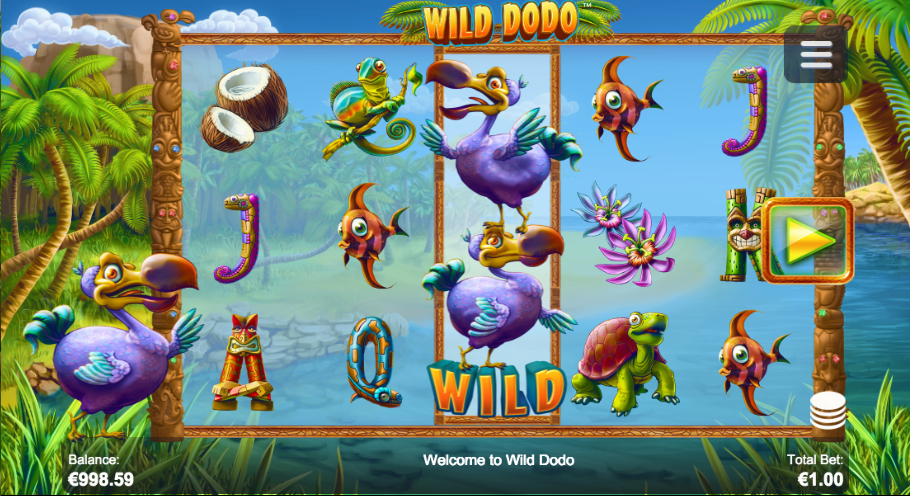 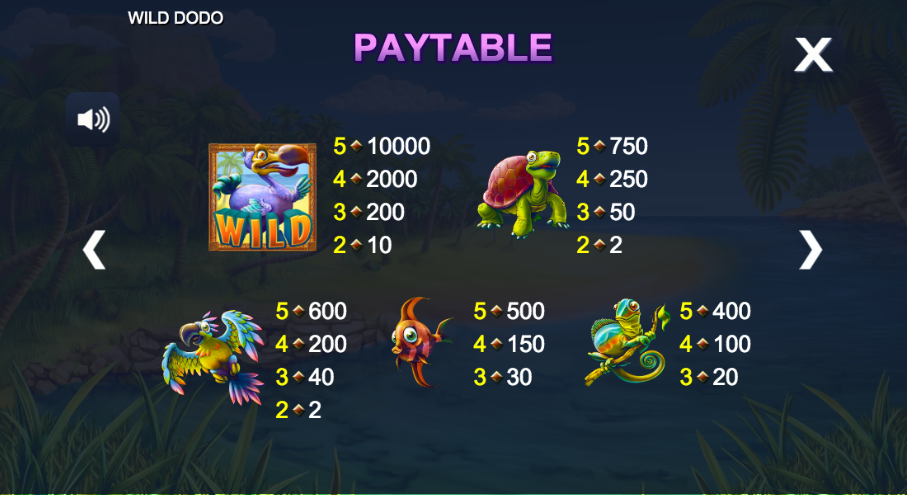 Until the arrival of sailors on the island of Mauritius the dodo had lived a relatively peaceful life but it was hunted to extinction by the mid-17th century; the silver lining for this flightless bird is that there’s now an online slot in it’s honour – it’s called Wild Dodo and it’s developed by Side City Studios.

Wild Dodo is a five reel slot with three rows and twenty fixed paylines; the transparent reels spin within an ornate, carved frame against a backdrop of palm trees and a clear cove under a blue sky.

The higher value symbols include a tortoise a colourful parrot, a tropical fish, a lizard, a pair of coconuts and some flowers; J, Q, K and A represent the lower values.

The purple dodo is wild and it will substitute for all others to form winning combos except for the golden egg scatter symbols.

This is triggered whenever a wild dodo symbol lands on reel three; you will now be the recipient of  three free spins with reel three completely wild.

Trigger this by landing three of the golden egg scatter symbols anywhere on reels two, three and four; you will now get to pick eggs from the nest until you find three matching ones which will determine which of the following free spin modes is awarded:

It’s not possible to trigger the Wild Dodo respins from here but you can earn more spins by landing three more golden egg scatters – you’ll receive the same number of spins awarded the first time.

Wild Dodo is a cheerful and fast-moving slot with a gentle soundtrack and two features which come around regularly; the style of graphics and animations are unusual but attractive and this game comes with an RTP of 97.02%.