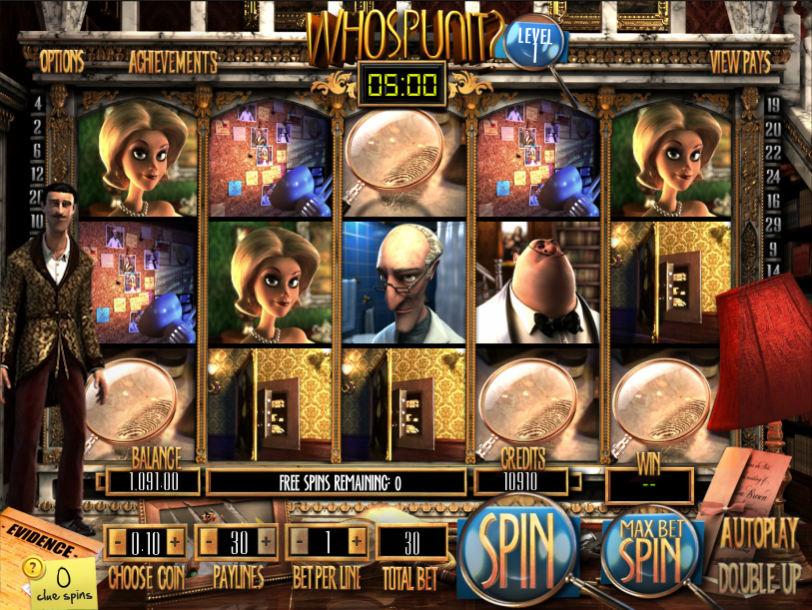 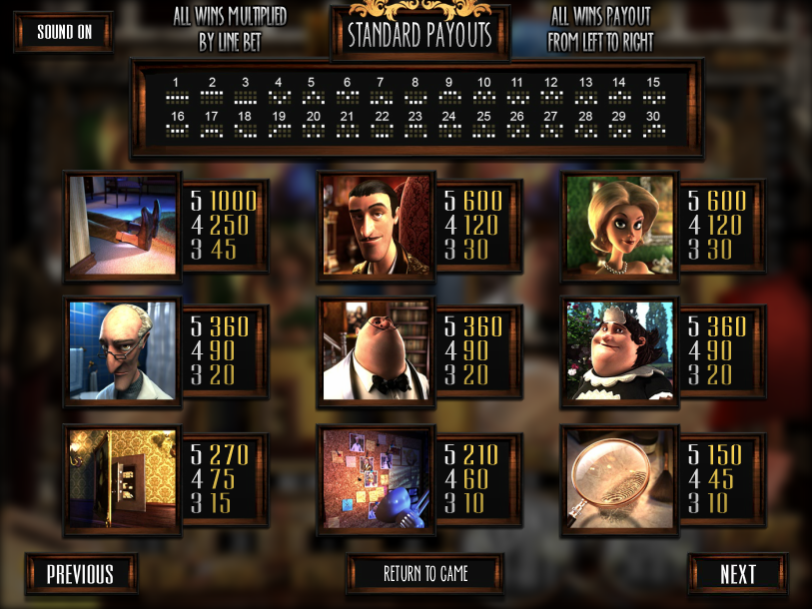 Many online slots take their inspiration from some of the most popular boardgames and we’re quite sure that this game from Betsoft is based on Cluedo. It’s called Whospunit? and there’s plenty to get your teeth into here with free spins, clue solving and levelling up to enjoy; read all about it below.

Whospunit? is a five reel slot with three rows and up to thirty paylines; we’re in stately home called Wellington Manor and there’s a chap in a dressing gown to the left of the reels who watches the results of each spin with interest – perhaps looking out for clues. There’s a timer above the reels which we’ll explain a little further on.

All the symbols are related to the theme and they include the feet of a dead body, the five characters under suspicion, an unlocked safe, a wall of photos/clues and a magnifying glass. There are now wild symbols.

The game largely revolves around this activity and in the base game you will randomly acquire small gold stars – these are clues and will be collected as ‘clue spins’ in the bottom left hand corner. When the five minute timer above the reels has reached zero you will be taken to a different set of reels to receive the number of clue spins collected.

When all three levels have been solved it’s time to play a free spins round which continues until the evidence folder lands in the centre of reel three. Now you must go through the process of accusing the correct person and questioning them for bonus prizes. 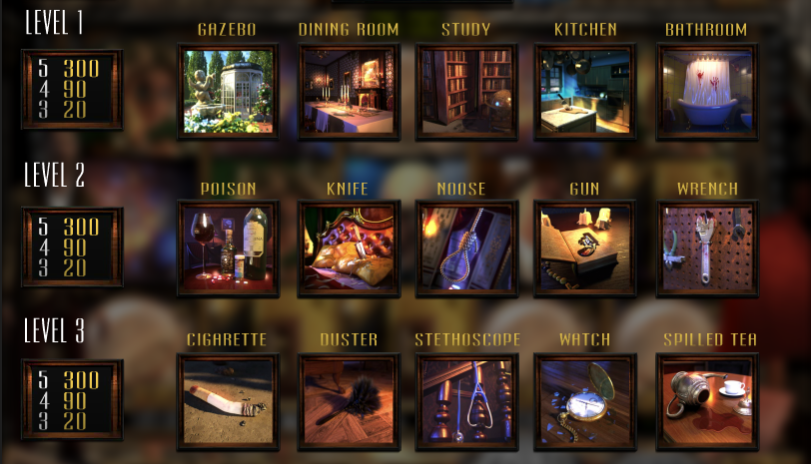 This is triggered by landing all five characters on the reels at the same time and initially you will receive ten free spins and get to select one of the features shown below.

Whospunit? continues the Betsoft theme of combining some fantastic graphics with a genuine storyline and gameplay progression and it’s very enjoyable. We also like a guaranteed bonus feature so this ticks all the boxes.