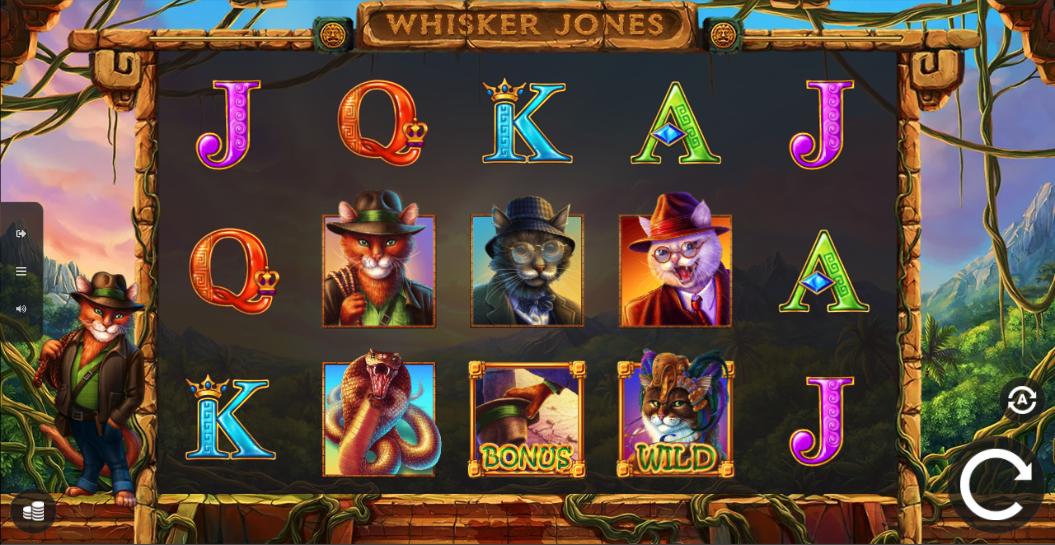 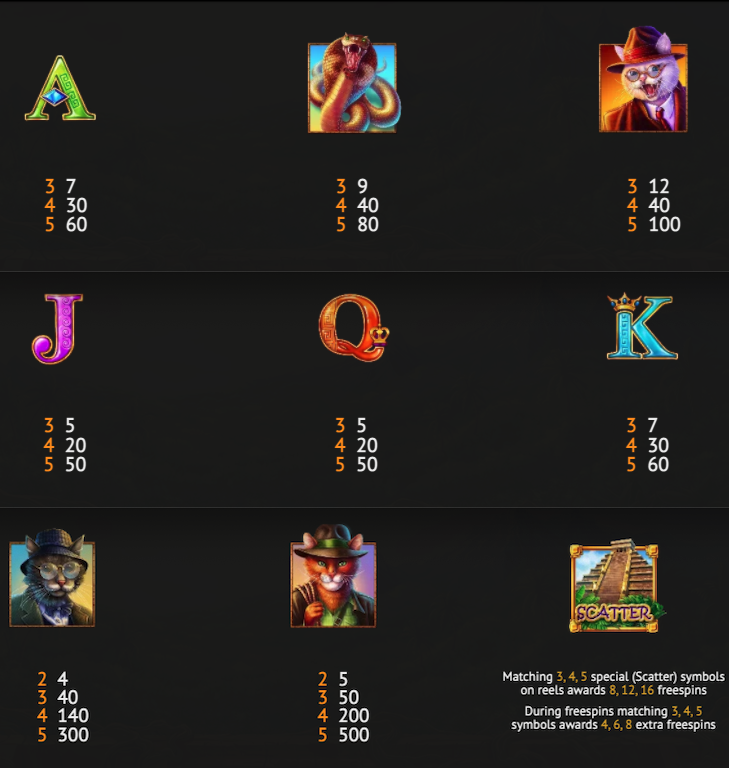 Any cat owner will know that their pet occasionally likes to roam a little further than normal but Whisker Jones has taken this curiosity to a new level as he journeys to South America in search of hidden Aztec treasures; this online slot is developed by 1×2 Gaming and from £0.10 per spin it promises players free spins with a wild feature.

Whisker Jones is a five reel slot with three rows and ten fixed paylines; Whisker stands to the left of those reels, Indiana Jones-style whip in hand, with a jungle backdrop to set the scene.

High value symbols include Whisker, his assistant, his explorer rival Kurt von den Katzenfuhrern and a cobra; J, Q, K and A make up the lower values; the close-up cat is wild, it only appears on reel three and the special symbols are the hat and the temple.

The hat symbol may also add up to six extra wilds randomly on any base game spin.

Landing three, four or five of the temple scatter symbols anywhere in view will award eight, twelve or sixteen free spins respectively; achieving the same, feat again when the round is underway will award four, six or eight extra spins.

If the hat bonus symbol lands during the spins it will remove the lowest value symbol and award one extra spin.

Whisker Jones is an intricate and nicely-designed slot with an interesting narrative and an enhanced free spins round which will reward the luckier players with valuable Aztec treasures.