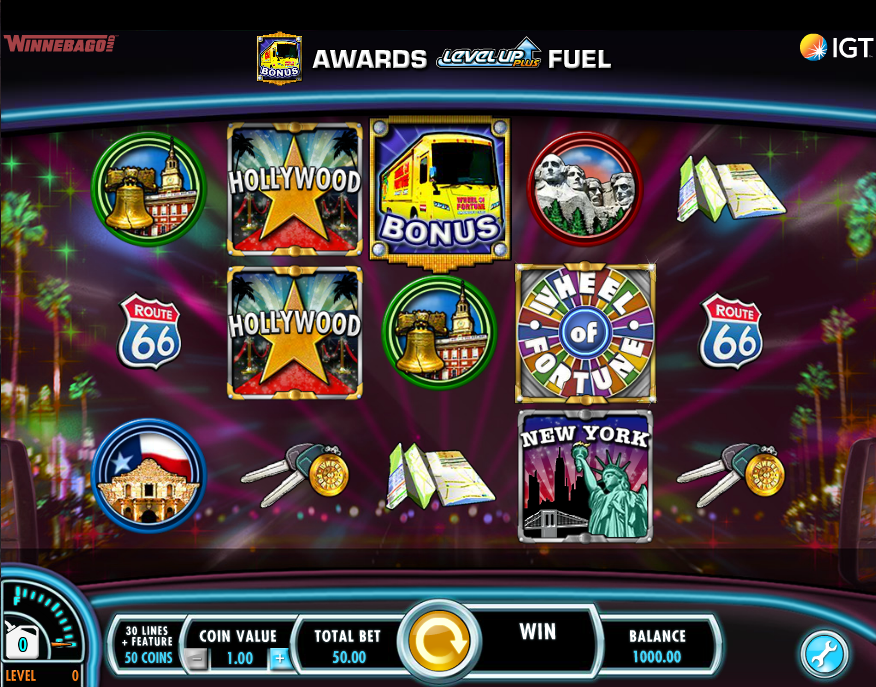 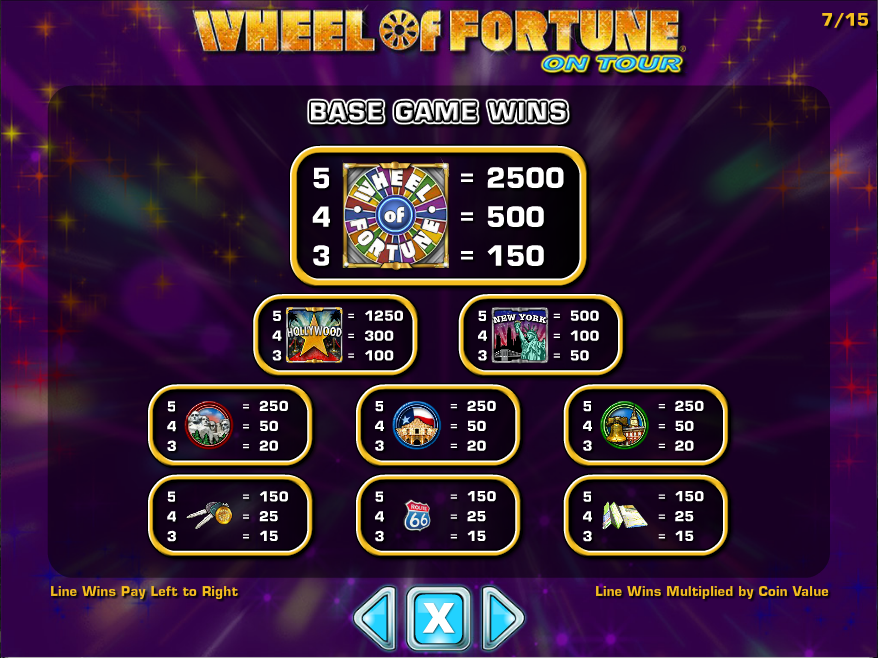 Wheel Of Fortune is the long-running television show which has become a theme for developers of online slots, particularly IGT who have released a number in recent years. This one’s called Wheel OF Fortune On Tour and it contains the same mixture of gameshow influences and interesting features – read all about it below.

Wheel Of Fortune On Tour is a five reel slot with three rows and thirty fixed paylines; the colourful symbols spin on the windscreen of a vehicle which appears to be driving down the Las Vegas strip.

The base game symbols are all related to the theme and include road trip locations such as Hollywood, New York and Mount Rushmore among others; a set of keys, a Route 66 sign and a map make up the lower values.

The Wheel Of Fortune logo is wild and will replace all others except the yellow bus scatter symbol.

Each time you land the bus scatter symbols on the reels but don’t trigger the main bonus you will add to the fuel gauge in the bottom left hand corner; when it’s full you have collected one fuel tank. When five fuel tanks have been collected you have levelled up, enabling better bonus features when the main On Tour Bonus feature is triggered.

This is triggered by landing three of the yellow bus scatter symbols anywhere on reels one, three and five; the fuel gauge is filled up and you will now get to visit the map screen where the Wheelmobile will progress along the small wheels according to the number of fuel tanks you’ve earned so far. Each step unlocks a particular bonus and increased payouts:

Now just spin the Bonus Wheel to receive your cash prize or entry to an unlocked bonus feature.

This can be randomly triggered on any base game spin where there’s no scatter symbols on reel one; up to four instances of one particular base game symbol will now be turned wild and any new payouts evaluated.

Wheel Of Fortune On Tour is a a really impressive game once you’re got to grips with the various features and rules; it rewards continued play in a manner not matched by many other slots and it comes with an RTP of between 92.50% and 96.60%.