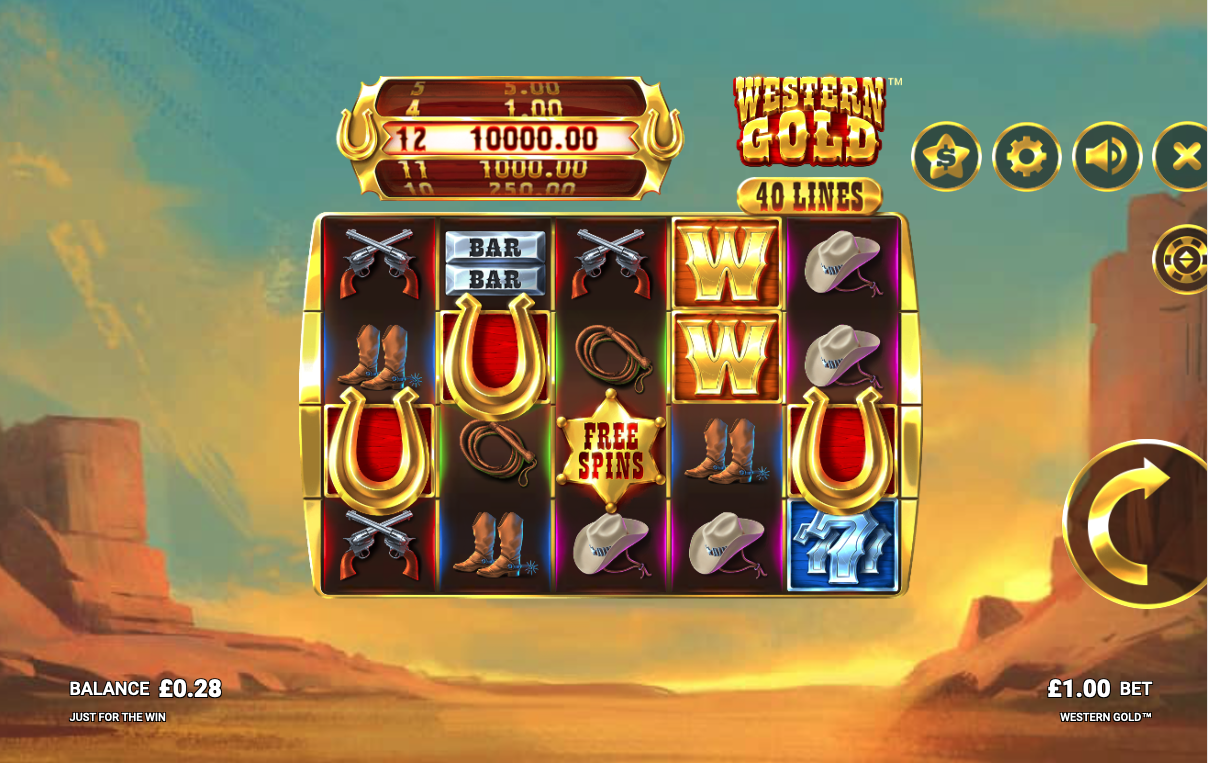 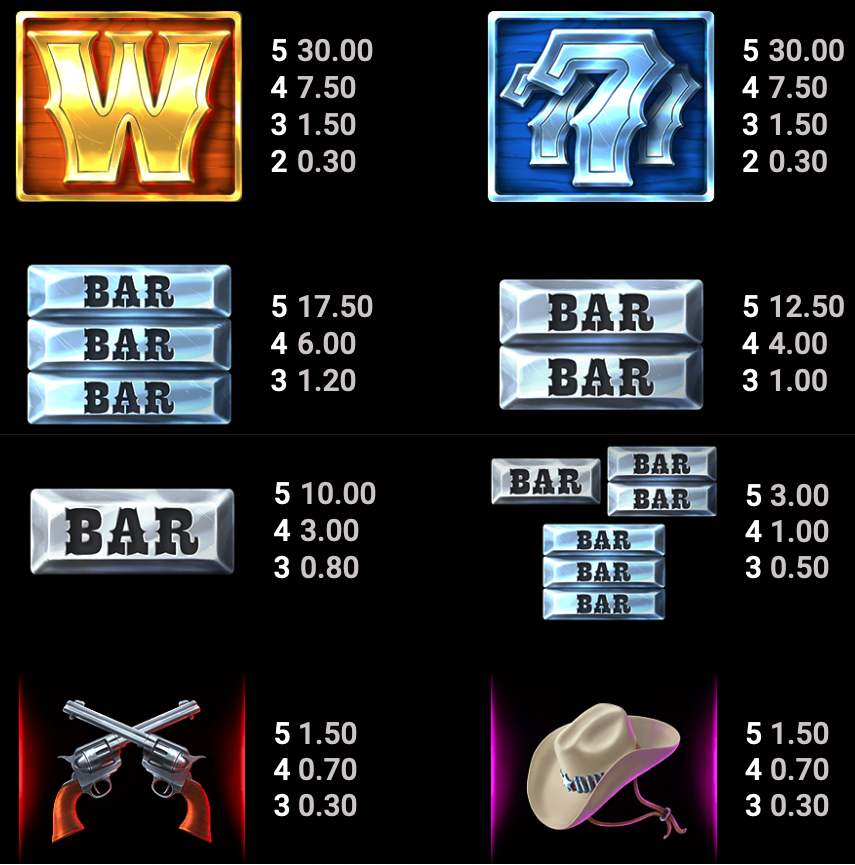 The Old West generally provides plenty of inspiration for online slots developers and here we have one more cowboy-themed game to try out; it’s called Western Gold, it’s developed by Just For The Win and from £0.20 per spin it tempts players with huge scatter prizes and free spins.

Western Gold is a five reel slot with four rows and forty fixed paylines; there’s no shutter board town in sight here, just huge rock stacks behind which the desert sun is setting. The scatter prizes rotate slowly above the gold-rimmed reels.

High value symbols include the silver sevens, double/triple/single bars, crossed pistols, a ten gallon hat, a pair of cowboy boots and a lasso; the big, golden ‘W’ is wild and it will replace everything except for the horseshoe scatters and sheriff’s star to help create winning matches.

On any base game spin landing at least four scatter symbols anywhere in view will award prizes:

This is triggered by landing three Free Spins symbols anywhere on reels two, three and four; you’ll start with three spins but your task is to collect scatter symbols and each time you do those spins will reset to three again.

When you have twelve scatters or spin three times with no new ones then the round is over and the scatter prize is awarded according to the table above.

We generally enjoy a trip to the Old West and doing so in the company of Western Gold is certainly a pleasure – it combines a saloon bar atmosphere with some clever features and comes up trumps.