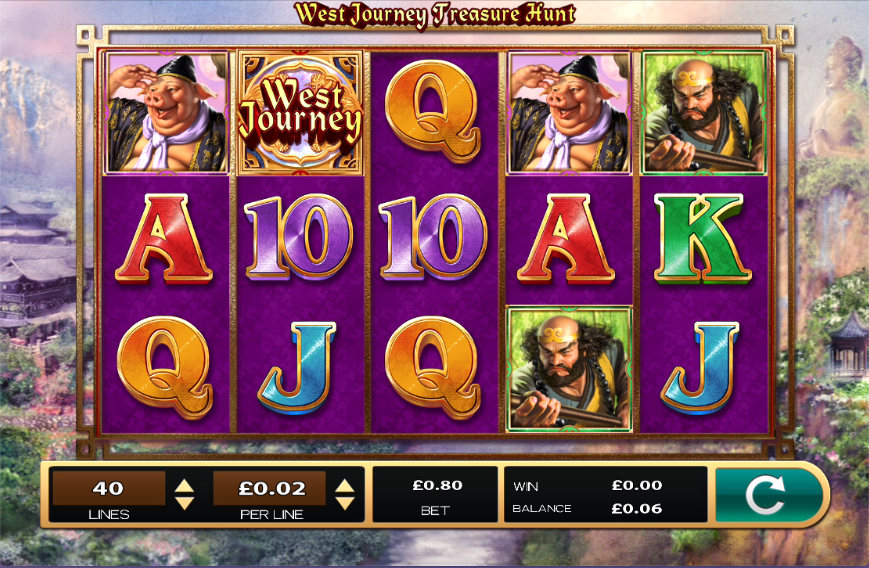 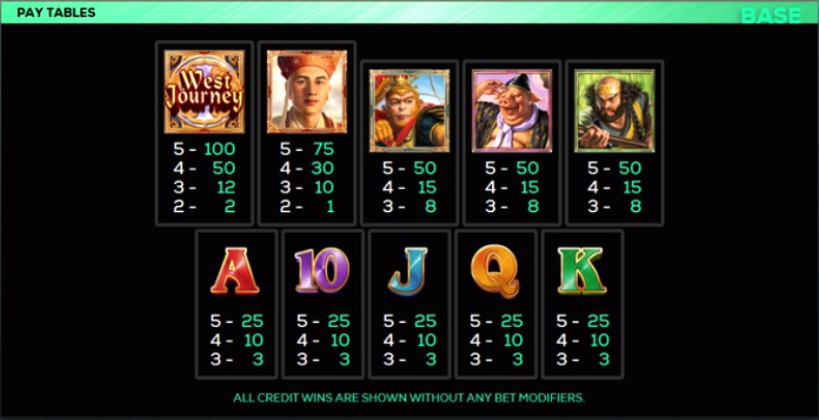 West Journey Treasure Hunt is a five reel slot with three rows and forty fixed paylines; neat reels float against a rural backdrop of the type our little gang – Monkey, Pigsy, Tripitaka and Sandy – would traverse in their endless journey.

The higher value symbols include the games’ logo along with the characters listed above; 10, J, Q, K and A make up the lower values.

The wild is a big. golden ‘Wild’ which will replace all others to help form winning combos except for the ornate, red, gold and green scatter symbol.

This is triggered by landing three full stacks of the scatter symbols on reels two, three and four for which you will receive eight free spins. Before the round starts pick one of those scatter symbols to reveal one of the high value icons – this will be stacked during this round and filling reels two, three and four with it will apply a multiplier of up to 8x for that win.

Unfortunately it’s not possible to trigger any more spins from within this round.

West Journey Treasure Hunt sounds as if it could be a translation of some original Japanese phrase but it doesn’t really matter – it’s a slot with plenty to offer including some classical artwork and a nicely enhanced free spins round.