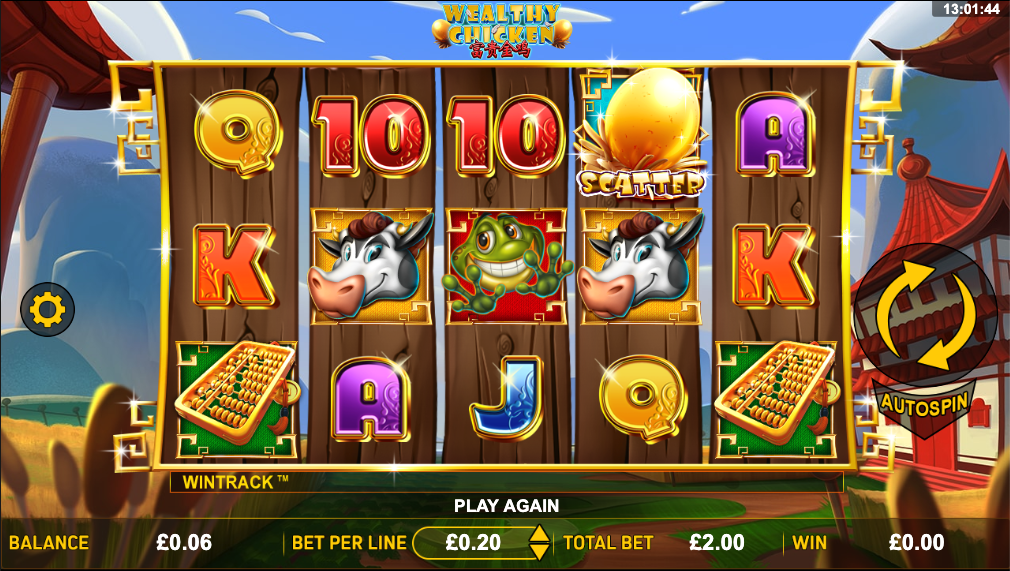 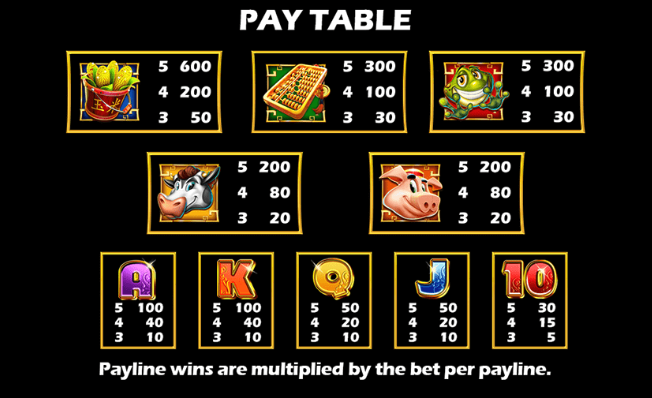 There are a few but certainly not many online slots themed on the world of farming and agriculture so another to add to the list is always welcome; this one has the fantastic name of Wealthy Chicken, it’s developed by Aspect gaming and it offers players free spins and a picking round.

Wealthy Chicken is a five reel slot with three rows and ten fixed paylines; those wooden reels spin within a golden frame which floats against a backdrop of a Chinese farmhouse and a mountainous, cartoonish landscape.

The five high value symbols include a bucket of sweetcorn, an abacus, a frog, a cow and a pig; 10, J, Q, K and A represent the lower values.

The stacked chicken is wild, it appears only on reels two and three in the base game and it will replace all other standard symbols to help form winning combos; the non-stacked chicken and the golden egg are the bonus symbols.

This is triggered by landing three, four or five of the golden egg scatter symbols anywhere in view for which you will receive 8, 12 or 15 free spins respectively; the wild chicken can also pop up on reel four in this round and he’ll apply a 2x multiplier to any wins to which he contributes.

Trigger this by landing two of the chicken bonus symbols on reels one and five and all you have to do is pick a chicken to lay an egg into one of the multiplier baskets – a white egg will end the round and payout while a golden egg will award another pick. It’s possible to time the egg-laying to aim for the highest value basket.

Wealthy Chicken is typically high quality stuff from Aspect Gaming – two bonus features, cute animals and a sunny disposition add up to an enjoyable gaming experience. The Wintrack bar below the reels keeps track of your wins.