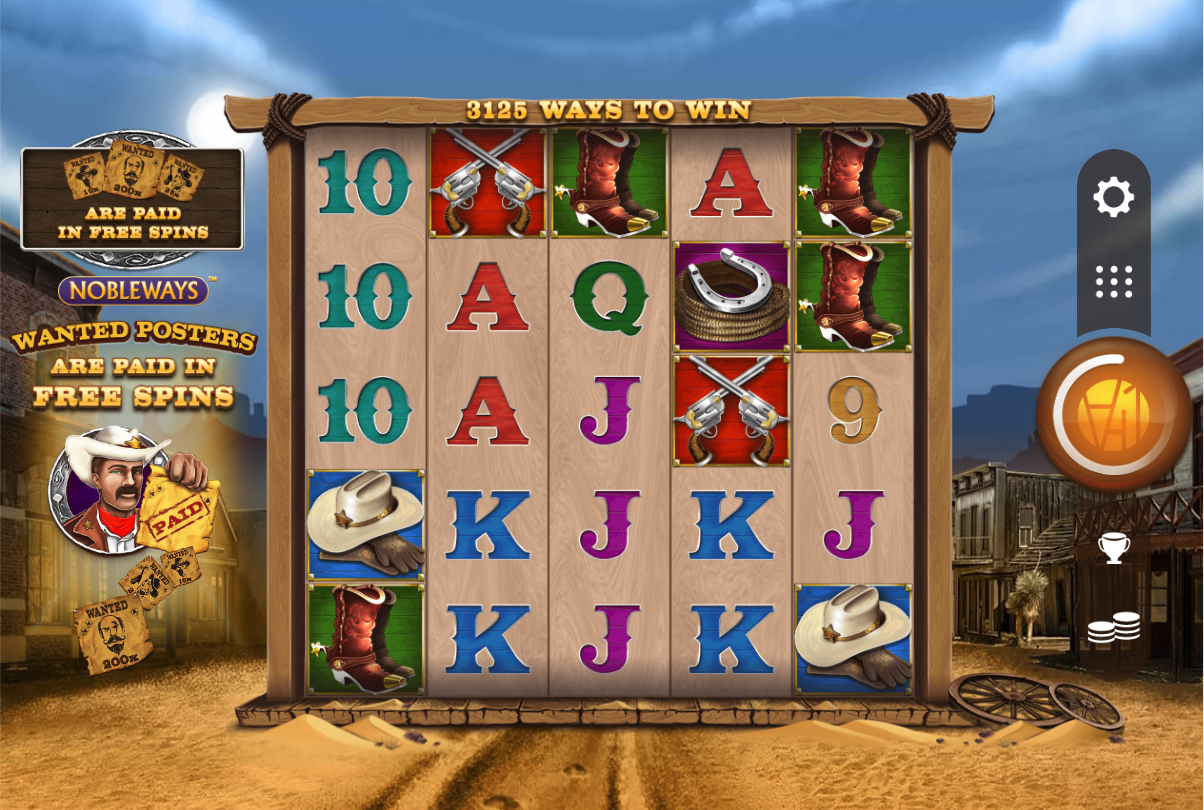 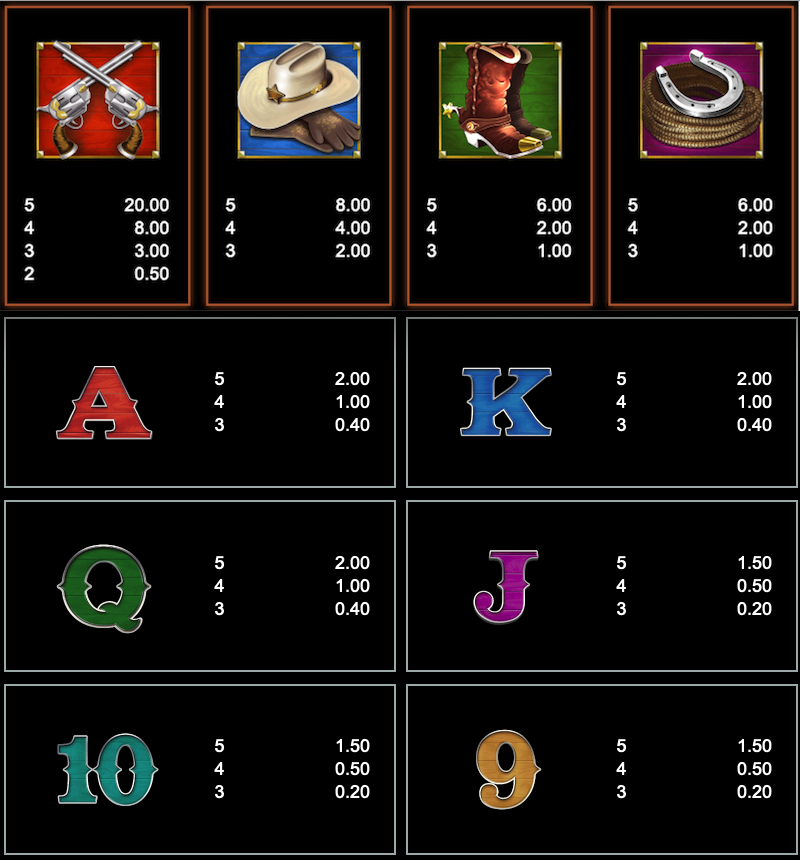 A dusty Western town is the setting for this Wild West-themed online slot from Microgaming/All41Studios which offers players free spins and cash prizes; it’s called Wanted Outlaws and from £0.10 per spin you can join in the illegal quest for loot.

Wanted Outlaws is a five reel slot with five rows and 3125 ways to win – this payline structure is called Nobleways but essentially wins can be formed as long as there are matching symbols on adjacent reels starting from the left hand side.

Relative to the buildings in this town the reels are enormous with the base buried in sand and discarded wagon wheels.

High value symbols include the pair of pistols, the ten gallon hat, the cowboy boots and the silver horseshoe; 9, 10, J, Q, K and A make up the lower values. There are three wanted posters, a wild symbols (which appears only in the free spins and a sheriff’s badge scatter.

Landing three, four or five of the sheriff’s badge scatters will award 10, 15 or 25 free spins respectively; it’s not possible to trigger any more spins from within this round but the wild makes an appearance on reels two to five during this feature to make those wins a bit more likely. Wanted Posters also appear during this round and if a wild lands on the same spin you’ll win the value shown on the posters – these can range from 2x up to 200x and the extra good news is that the cash is collected by each wild on that particular spin.

Wanted Outlaws is a very entertaining addition to the posse of Wild West-themed slots already out there and we particularly like the Wanted Posters which roll in during the free spins round. If cowboys are your thing then you’ll appreciate this for sure.