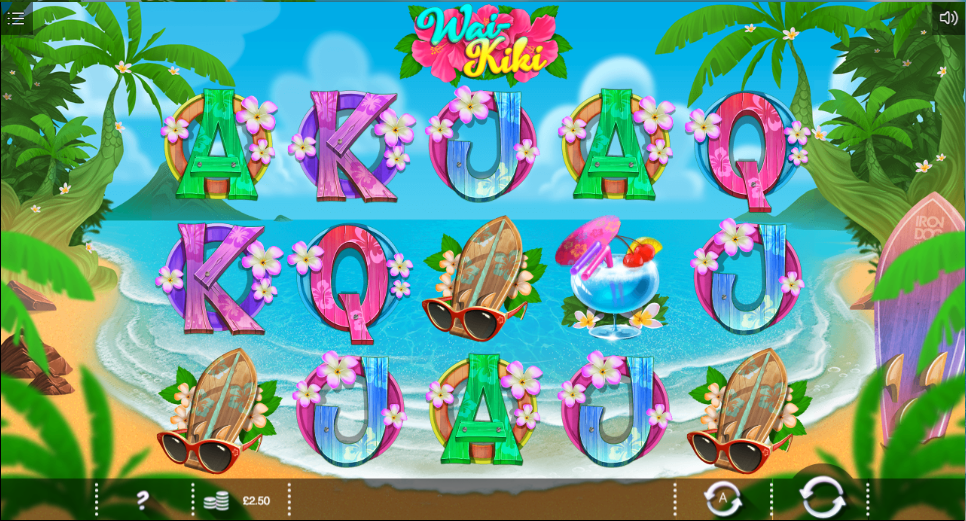 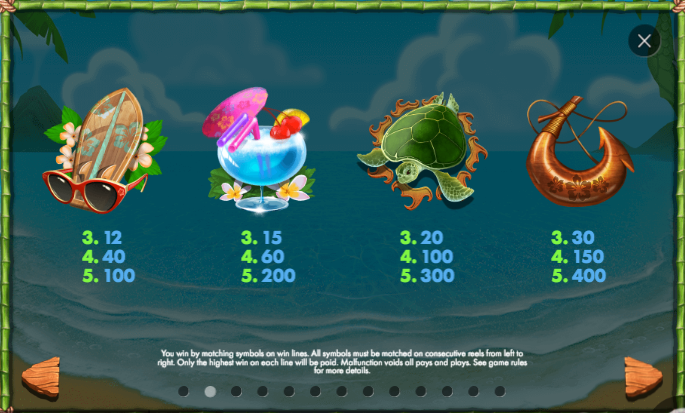 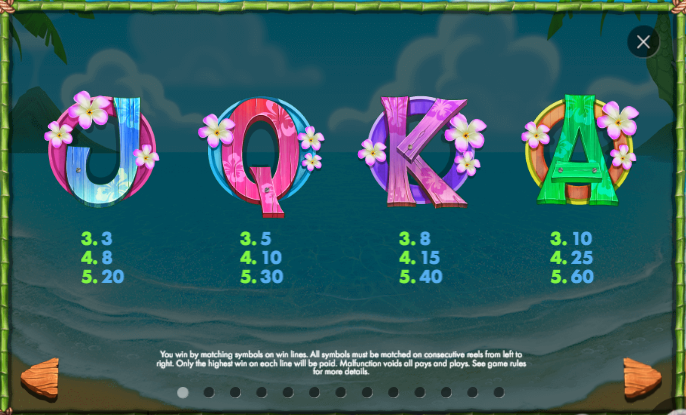 Join us now as we head for the beach and to more specific Waikiki, now a hugely popular tourist destination in Hawaii but as far as this game is concerned, a deserted tropical beach under a clear blue sky; Wai-Kiki is an online slot from Iron Dog Studios with plenty of life, colour and bonus features so keep reading for all the essential info.

Wai-Kiki is a five reel slot with three rows and twenty five fixed paylines; the symbols float over the curved bay into which waves gently break and palm trees encroach onto the idyllic scene to complete the picture.

The high value symbols include a fishing hook, a turtle, a colourful cocktail and a surfboard; J, Q, K and A make up the lower values. There are also ukuleles which face left on reels one and two and face right on the others.

The wild is a pink flower which appears in random reel positions once the spins have stopped; they will replace all others to form winning combos except for those used for features described below.

This is triggered by landing one Free Spins symbol in the centre of reel three along with a ukulele on either side; you’ll now win twenty one free spins and during this round red and yellow wild flowers may appear after each spin – they can then spread to a maximum of five other positions.

The cocktail symbol is replaced by a flower token during the spins and each one which lands is collected, paying out a coin prize at the end of the round depending on the number gathered.

When a wild symbol appears on top of a turtle in the centre of reel three it will become a scatter symbol and payout 100 coins.

A bonus prize is awarded when the turtle lands in the centre of reel three and fishing hooks land on either side.

There’s plenty to like about Wai-Kiki from it’s bright, cheerful design to the various unusual bonus features and the appropriate but unobtrusive background music. Check this slot out – it comes with an RTP of 96.00%.